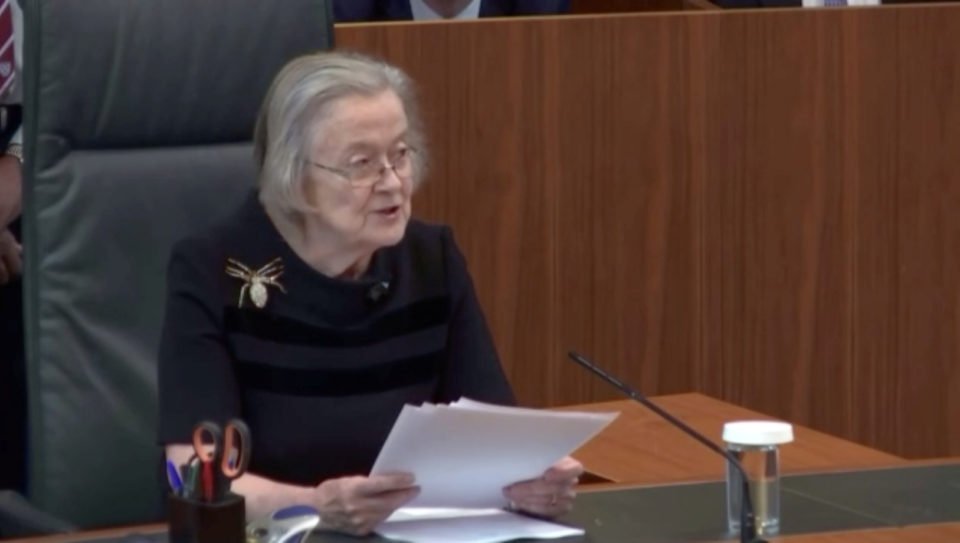 As Lady ‘Spider Brooch’ Hale said in the Supreme Court last Tuesday the judgement in the Boris prorogation case had nothing to do with Brexit. And you, dear reader, believed her because Supreme Court judges are not intellectually dishonest and do not engage in mental gymnastics.

It’s just that the art of judging sometimes requires judges to be creative in order to do justice as they conceive it from their vantage point.

The late Professor John Griffiths in his book ‘The politics of  the judiciary’ observed that it is the creative function of judges that makes it necessary to look into the way they behave in political cases with care; and since the Boris prorogation case is the political case of the century it is essential to examine it closely to see whether the judiciary were unduly creative.

Judges do not create law out of nothing. They need disputes, and disputes are about persons behaving in ways that bring them into conflict with other persons or institutions requiring judicial intervention. And the more extraordinary the behaviour, the more creative the judges are tempted to be. This is particularly true in cases involving challenges to executive action in judicial review proceedings where law and politics clash.

But law and politics never clashed the way they did last week in the Supreme Court. Until last Tuesday, the orthodox view in UK law was that the exercise of the power to suspend parliament was not justiciable – not subject to judicial review – because it concerned the political judgement of the prime minister no less.

It was thought that a decision to suspend parliament was not capable of breaking any legal rule. This did not mean a prime minister could do as he pleased; far from it. What it meant was that if he misused or abused the power to suspend, he was answerable politically in parliament and ultimately in the court of public opinion since suspending parliament capriciously could adversely affect his chances of re-election. So prime ministers exercised the power to suspend with restraint for fear of the electoral consequences.

Brexit changed all that because the British people voted to leave the EU and parliament won’t let them. So the prime minister made a decision to suspend parliament for longer than usual because in his political judgement, rightly or wrongly, this was necessary to get a deal from Brussels and leave the EU by October 31, 2019.

Boris Johnson’s only miscalculation in law was to be covert about his real motivation. Think of it by assuming he followed the right way and working backwards: that instead of this cock and bull story about extra time needed to prepare the government’s legislative programme, he told the country that parliament was blocking Brexit; that it was sabotaging his preparedness to exit without a deal, and that he had to suspend proceedings to force the EU to concentrate on Brexit imminently and cease relying on parliament to frustrate it.

The Supreme Court judges held that it was the absence any justification from the prime minister that led them to the conclude that the suspension of parliament was unlawful.

But what if the prime minister provided the court with his real political calculation? That a defiant parliament was on manoeuvres to prevent Brexit and that he had to suspend parliament to deliver Brexit.

What would the Supreme Court have decided on that scenario? Lady Hale would not – could not – have said the appeal was not about a political decision concerning Brexit. The Supreme Court would have had to decide the case in favour of the prime minister unless they were prepared to hold his political judgement of delivering Brexit was wrong in law and risk the wrath of the 17 million people who voted to exit the EU.

More crucially the prime minister’s suspension was political because he was entitled to withhold his real reasons for suspending parliament – the Supreme Court was oblivious to this aspect of political decision making.

Given that the party conferences were looming and that parliament had been in session for two years, and given there was a need for a new legislative programme, tactically it made sense to suspend parliament to pressure Brussels without disclosing his real more base motivation.

There are often sound political reasons why a government should be entitled to camouflage its tactics without the danger of adverse inferences being drawn by meddlesome judges.

The decision by the Supreme Court that it was bound to conclude there was no proper justification for the suspension of parliament just because the prime minister, perhaps for tactical Brexit reasons, chose not to disclose his true motivation to the court, was politically naive.

Johnson was found to have acted unlawfully but only because the Supreme Court moved the goal posts and ruled the government’s suspension unlawful. It was not unlawful when he made it. In so far as the prime minister broke the law it was only because of the principle that when the court interprets or declares what the law is, it does so with retrospective effect.

For its own sake the Supreme Court should stay out of politics lest it is replaced by the judicial equivalent of video assisted referees (VAR) in football. The government must be allowed to deliver Brexit. This parliament is moribund and should do the honourable thing and dissolve into the Thames and return Phoenix-like after a general election to deliver or cancel Brexit.

I voted remain last time, but I am no remainiac. I am not sure how I would vote now because I believe the EU has been disrespectful to Britain. If the EU shows less bureaucratic arrogance and more respect I may change my mind.

Tales from the Coffeeshop: From WarNik to PeaceNik in one speech