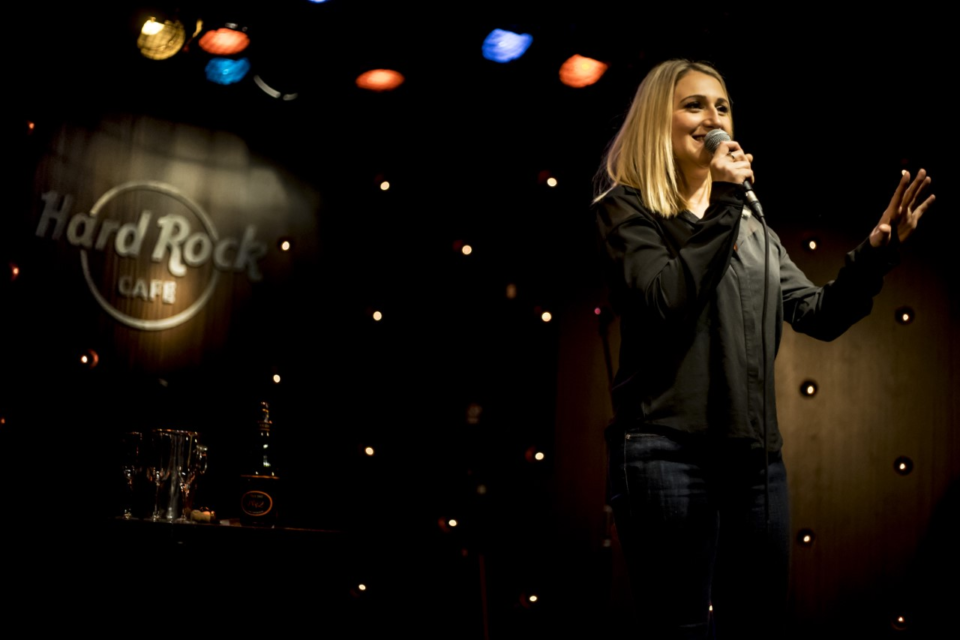 Everyone has some funny or embarrassing dating stories, your boss, your neighbour and even your mum. Story Party, a hilarious storytelling show, brings them to the stage. Constantly on a worldwide tour, Story Party has travelled around the globe with the show and this October they are returning to Cyprus.

Elena Gabrielle and Rachman Blake are the masterminds behind this hysterical and cringe-worthy show. They’ve performed twice before on the island and as per usual, they share funny, modern-day dating stories. But it’s not just the two that take the stage. During the show, after the ice has broken between the performers and the audience and detailed sexy stories have been shared, the floor is open to the crowd. Elena and Rachman encourage people to get up on stage and share their own amusing dating stories.

“The most memorable show,” Elena told the Cyprus Mail, “I think has to be Nairobi in Kenya, that was so much fun for both of us! Such fun audiences and crazy stories.”

Returning to the island for the third time on Tuesday and Wednesday, both Elena and Rachman expressed how much they love coming back. “We feel like we are performing to our friends whenever we come here. Past Nicosia and Limassol shows were both very different but equally as fun. The stories of dating in Cyprus are hilarious!”

This time around, they’re looking forward to more crazy stories and they seem to have grasped the reality of the modern dating scene in Cyprus as Elena said she’s excited to hear about trying to date while still living at home. A comic-tragic reality for many young people in Cyprus.

Next week’s performance will be a new show with fresh stories and some extra musical surprises. Limassol will host the first show at Ravens Music Hall on Tuesday and DownTown Live in Nicosia the second.

Story Party is not your average storytelling show. It’s hot, real, dirty, raw and relatable. Expect a lot of sex talk, banter and open discussion. The performers recommend people watch videos on YouTube, Facebook or Instagram before coming to show to be adequately prepared.

It was Rachman that came up with the idea of the show while he was in San Francisco after a bad break up. He wanted to create a show where he could share his bad and hilarious date stories, so people could feel better about theirs.

“Come with an open mind as we never know what storytellers will get up to share their stories. We try to make the show as friendly and welcoming as possible, so just tell the story like you would to your best friend,” said Elena.