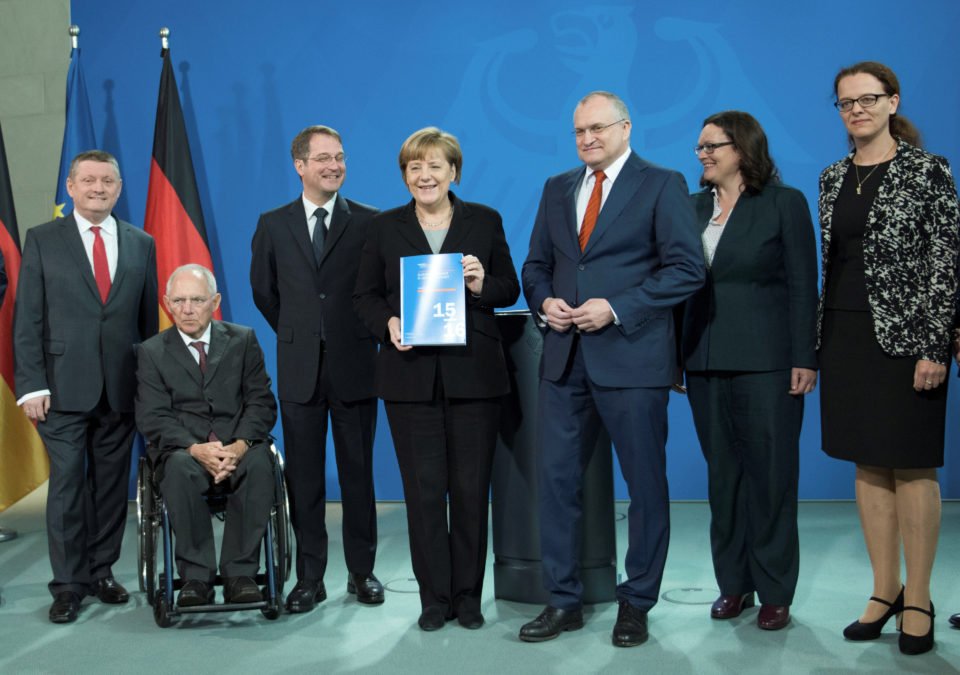 Germany’s leading economic institutes have lowered their growth forecast for the economy for this year, sources told Reuters on Monday, adding to fears that a recession among export-driven manufacturers is spreading.

The institutes, whose forecasts feed into the government’s own growth estimates, see growth of 0.5% in 2019, two sources said, down from an earlier figure of 0.8%.

Germany’s export-reliant manufacturers are suffering from a slowing world economy and business uncertainty linked to a trade conflict between the United States and China as well as Britain’s planned exit from the European Union.

The institutes, which will present their new forecasts on Wednesday, expect growth of 1.1% in 2020, one of the two sources said, down from a projection of 1.8% in April.

The German economy, Europe’s largest and a bellwether for the economic health of the euro zone, is still showing bright spots despite expectations of a recession in the third quarter.

Data from the Federal Labour Office showed the number of people out of work fell by 10,000 to 2.276 million in seasonally adjusted terms. That compared with the Reuters forecast for a rise of 5,000.

The office revised down the joblessness figures for August to a rise of 2,000 from a previously reported increase of 4,000.

The jobless rate in September held steady at 5.0% – just above the record-low of 4.9% reached earlier this year.

Labour Office head Detlef Scheele said the economic downturn was partly reflected in the joblessness data. “But all in all, the labour market is still in a robust shape,” he added.

Employment remains high but is losing momentum while the demand of companies for new employees continues to slow down at an elevated level, Scheele said.

In a further positive sign for domestic demand, retail sales rose 0.5% in real terms in August after an upwardly revised drop of 0.8% the previous month, data from the Federal Statistics Office showed.

For the year, retail sales rose 3.2% after an upwardly revised increase of 5.2% the previous month, the data showed. Retail sales are a volatile indicator often subject to revision.

The slowing economy also means that consumer price inflation remains moderate, with the effect that employees have more money in their pockets to spend thanks to wage hikes of up to 6%.

Preliminary data from several states released on Monday showed that consumer price inflation slowed in September. It fell to 1.1% from 1.4% in the previous month in Bavaria and dropped to 1.0% from 1.4% in Saxony.

The state inflation readings, which are not harmonised to compare with other euro zone countries, feed into nationwide figures due later on Monday at 1200 GMT.

The German economy is expected to shrink in the third quarter after contracting by 0.1% in the April-June period.

TUS Airways not closing down, but job losses expected