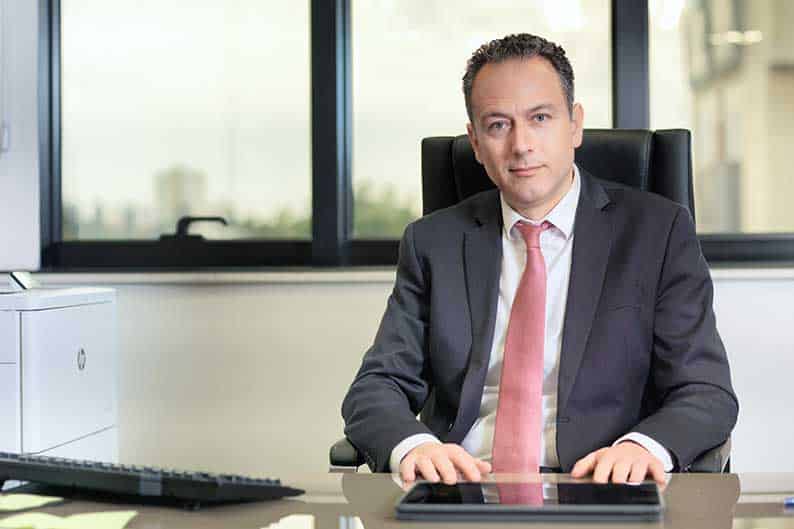 Bank of Cyprus, the island’s largest lender, will announce soon a new voluntary retirement scheme in a bid to rationalise its cost, hit by negative rates, the Bank’s Managing Director Panicos Nicolaou said in an interview with CNA.

Nicolaou said the bank is currently examining a new sale of non-performing loans, called Helix 2, which is expected to conclude in the fist half of 2020, a move that could facilitate the further reduction of bad loans and would mark the end of its balance sheet reduction that began with the 2013 financial crisis.

He furthermore stressed that embracing technology is a one-way street for commercial banks, and he underlined that the bank will not reward strategic defaulters by writing off loans.

Speaking to CNA, Nicolaou said the change of the bank’s executive leadership will not disrupt the bank’s course towards reducing NPLs, currently at 33% of its total loan book.

“We are obliged to continue and conclude the effort of NPL reduction,” he said, adding changes will be made in the bank’s economic model “by focusing in the Cypriot households, the small and medium businessman and further developing our insurance operations while engaging with the community on issues such as health and education.”

There is no luxury of time in NPL reduction

Responding to questions about the bank’s performance in NPL reduction, Nicolaou said the bank has reduced its NPLs by €10.7 billion since their peak in end-2014, which amounts to 50% of Cyprus’ GDP but added however that “one in three of the bank’s loans is still non-performing.”

“Therefore, this is our top priority and will continue organic reduction, through restructurings, but at the same time since we don’t have the luxury of time, we will proceed with new NPL sales,” he said, noting the improvement of the bank’s as well as the country’s ratings goes through NPL reduction.

Asked on the coming transaction called Helix 2, the bank’s CEO said the completion of the sale is expected to take place in the first half of 2020.

Following the sale of a loan package amounting to €2.8 billion, of which €2.7 in NPLs, called Helix in 2018, the bank announced in its financial results for the first half of 2019 that it is considering a new transaction “expected to involve a portfolio of NPLs (according to EBA definition) in excess of €2 bn by gross book value.”

“This is something which we are currently examining,” Nicolaou said, without giving any further details.

He also agreed that NPL sales are considered as “a one way-street” is the Cyprus banking system were to achieve the target of converging with the EU NPL average rate. Cyprus has currently the second highest NPL rate following Greece.

“Cyprus has around 30% (NPL rate) and, excluding Greece, the Euro area average is between 3% and 4%. Therefore, we have a long way to go, we do not have the luxury of time to reduce this rate by restructurings alone,” he stressed.

Responding to a question whether he considers the reduction of NPL rate to single digits feasible, he said this could be achieved in one with two years provided “large transactions” in NPL sale take place.

“Without sizeable transactions we cannot achieve single digits,” he said.

We will not reward strategic defaulters

Invited to comment on a widely held argument that instead of selling NPLs to investment funds recognising significant losses, banks should write off loans to defaulted borrowers in the hope they could be able to repay the remaining amounts, Nicolaou said this argument goes beyond “good faith and morality.”

“We cannot give loans with the prospect that we will not collect them or write them off. There’s moral hazard and we cannot reward strategic defaulters,” he stressed, recalling that banks manage money that belong to depositors.

Responding to a question with regard to the bank’s intention to present a new voluntary retirement scheme (VRS), Nicolaou said decisions will be taken soon.

“This is something we are considering very seriously and very soon we will have a decision,” he said, adding that the VRS will be “adequate and generous.”

Bank of Cyprus staff amounts to 4,155 persons while IMF has warned that Cypriot banks should consider reducing their cost structure including the number of employees.

Nicolaou said as the bank is changing its business model, the number of employees may not be compatible with the bank’s operations, adding the VRS will rationalize the bank’s cost base.

“It is proven that cost reduction goes through reduction of personnel,” he added.

As the European Central Bank charges deposits of excessive liquidity by commercial banks, Nicolaou said the bank is considering imposing negative rates to wholesale or corporate deposits as the ECB’s negative rates are a “huge cost for the banks.”

He explained the bank is considering either negative rates or some other charges that would offset the 0.5% charge imposed by the ECB to accept deposits of excessive liquidity.

According to the bank’s latest results, cash and balances held with central banks amounted to €5.26 billion in end-June 2019.

But Nicolaou made clear that the bank will not charge retail depositors. “We are not considering retail deposits but the so-called wholesale deposits,” he said.

Furthermore, the Bank of Cyprus’ CEO underlined that commercial banks should embrace digital transformation or they “will soon cease to exist.”

“If we don’t adapt to the new era and technology, our business model will be rendered inadequate to say the least. So, change is a one-way street. In the negative rate environment, strict regulations and the attack or reduction of their income from fees from tech firms and fintechs, banks should either consider cooperating with these firms or move towards technology or in a very few yeas time will not exist,” he said.

Pharos festival to present music of our time