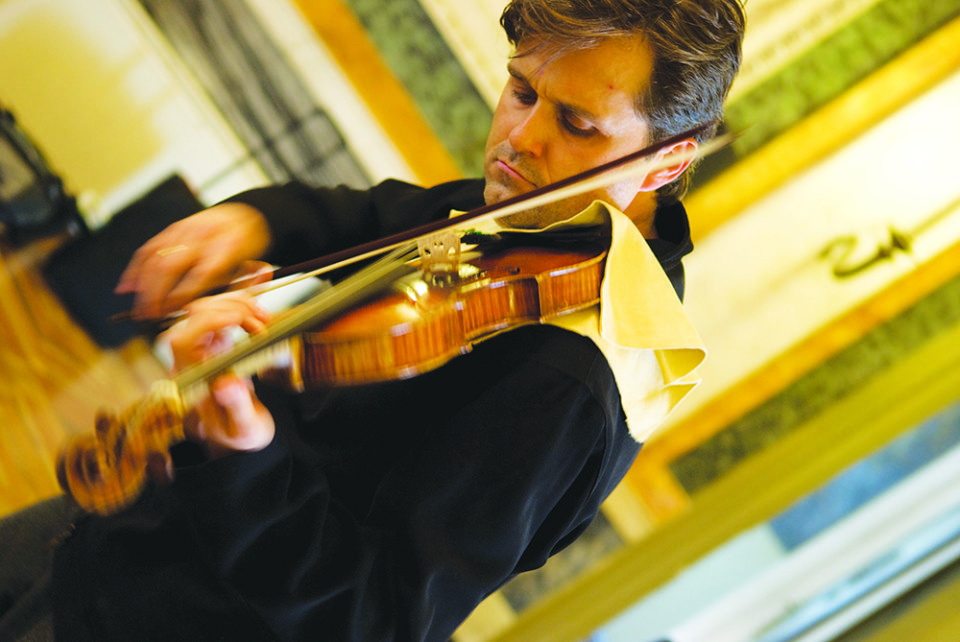 The music of our time will take centre stage later this week as the 11th edition of the International Pharos Contemporary Music Festival returns on Friday, starting off with an unusual combination of harp, mandolin and guitar by the C Barré Plucked Trio in a performance expected to show numerous timbral and technical possibilities.

Providing a platform for composers to collaborate with some of the most important soloists and ensembles in the world so that they develop new projects and explore new sound worlds, the Pharos Contemporary Music Festival has been decisive in acquainting the general audience of Cyprus with the music of our times.

The festival has presented a number of ground-breaking interdisciplinary programmes and has premiered in Cyprus numerous masterpieces of the contemporary music literature of the 20th century as well as works by a younger generation of leading composers.

Runnuntil October 13, this edition will feature four concerts, as well as a number of educational workshops and other extracurricular activities for the youth of Cyprus.

The (plucked) Strings Theory Project involves the commission and presentation of new and existing repertoire. The unique combination of a plucked trio was immortalised in the 20th century by composer Goffredo Petrassi with his Seconda Serenata in 1962.

The second concert, on October 6, will feature one of the festival’s closest collaborators, Grammy-nominated violinist Peter Sheppard Skaerved in an extraordinary programme for solo violin, entitled Time Traveller – The Nicosia Etudes. Inspired by the sounds, textures, architecture and poetry of various medieval cities, predominantly Nicosia, Peter assembled a programme of newly composed works by a number of leading composers, who have incorporated in their music material from the past, including the extraordinary Cyprus Codex – the only known Codex of medieval Western music in the region – the medieval Totentänze and the colossal Klagenfurt Codex.

Two days later, the celebrated composer and vocalist Agata Zubel will team up with pianist Krzysztof Ksiazek to deliver a unique recital of songs by Crumb, Ravel, Barber, Szymanowski and Obrados. Boasting a rich discography and a number of important prizes, and renowned for her unique vocal range and fearless use of techniques that defy stereotypes, Zubel has appeared in some of the world’s most prestigious venues with ensembles and orchestras such as Los Angeles Philharmonic, Seattle Symphony, Ensemble Inter-Contemporain, Klangforum Wien and the London Sinfonietta.

The festival will conclude with the multimedia musical performance FACE by Cypriot composer Yannis Kyriakides, photographer Johannes Schwartz and writer Maria Barnas, performed by the ELECTRA Ensemble for New Music. The performance delves into the infinite expressiveness of the face, which has fascinated man for centuries.

“In the past scientists assigned all kinds of character traits to people’s faces and the shape of their heads,” say organisers. “Now computers and smartphones classify and analyse our most minimal facial expressions for fun, for identity control, or to gauge our mood for commercial gain.” In this multimedia concert for voice, piano, violin, recorders, live electronics and video, composed music merges with facial recognition algorithms translated into sound.

Bank of Cyprus to announce new VRS to rationalise cost base

A spoonful of tradition: honey making in Cyprus