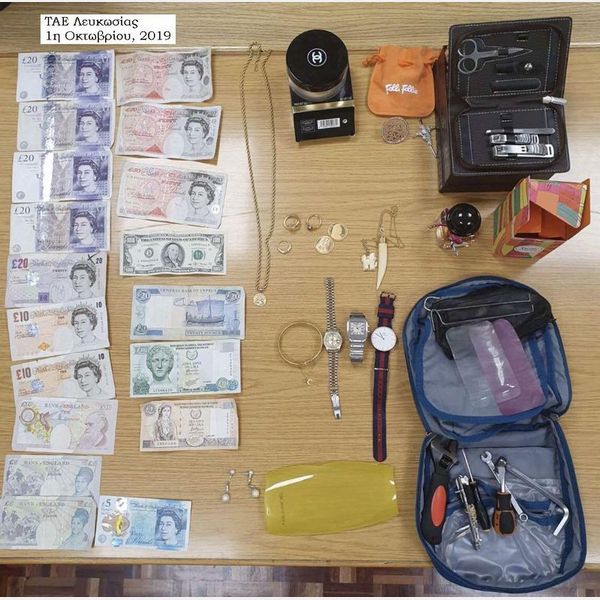 Some of the items seized by police

Four people were arrested on Tuesday in connection with a series of burglaries, police said on Wednesday.

Acting on a tip-off, police stopped a rented car on the Nicosia-Larnaca motorway on Tuesday morning with two men, both 33, and a 31-year-old woman who was meant to depart from Larnaca airport that night.

Police seized an amount jewellery found in the possession of the woman and a watch and a gold bracelet found in the car. All three suspects were arrested since they could not give sufficient information as to their origin.

Officers found more jewellery and burglary tools during a search of the suspects’ apartment.

Testimony against one of the 33-year-old man linked him to four burglaries of flats in Nicosia.

The car was rented by a 32-year-old man who was tracked down by the police in his apartment in Larnaca.

He was also arrested for showing fake personal documents to the police and his case is being investigated by Larnaca CID.