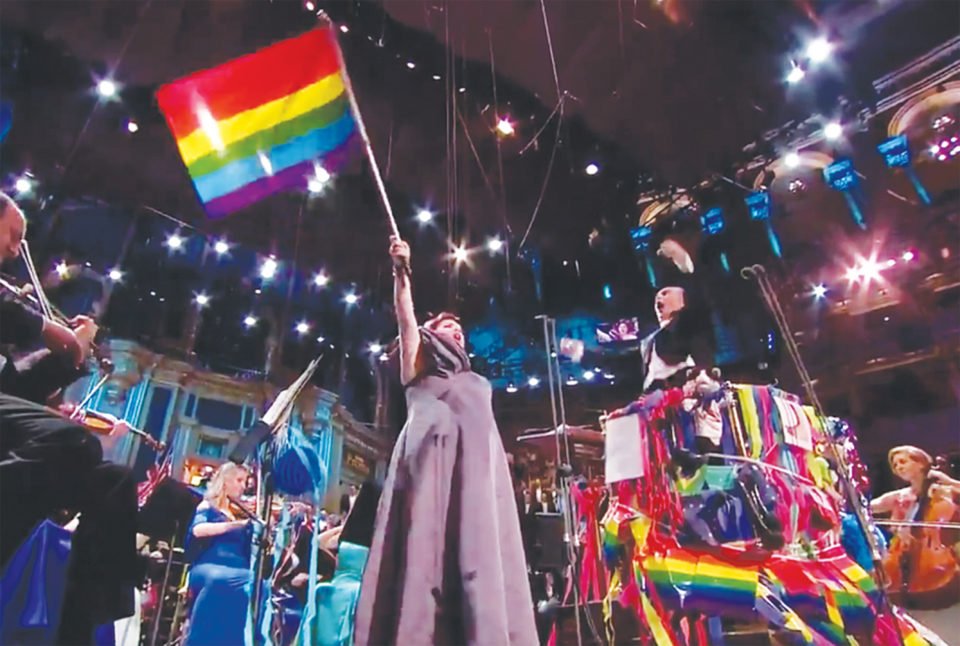 Several things have proved puzzling and even irritating these past few weeks. In no particular order they include the way the Brexit referendum majority decision to leave the EU has been opposed, attacked and very nearly thwarted by traitors to the very name of democracy, yet, in some curious way, they claim, that while doing it they are actually supporting democracy. Work that one out if you can.

Even for those lacking any strong feelings either way about Brexit there must surely be enormous doubts about anything or anyone who takes any action against the sanctity of the democratic decision of the British people. Worst of all was the new Jenny-come-lately Lib-dem leader’s declaration that even if there were another democratic vote and even if that once again returned a ‘leave’ decision then she and her LibDems would still oppose it.

Second source of near disbelief was the way that the music of the Last Night of the Proms 2019 was tainted by the erstwhile straight-and-honest BBC [RIP] deliberately issuing some thousands of blue EU flags to be waved during the traditional closing scenes of this singularly British occasion. But then the Beeb has long deserved much scorn for its jettisoning of impartiality and snuggling up to the gently left wing which most of the staff see as their spiritual home.

And that was not the only thing about the ending of the Proms season. My third source of irritation took place on the same occasion when a huge – even by the standards of sopranos – opera singer with a sugary grin and after an unspectacular rendering of that other essentially British tradition Rule Britannia chose to make a personal statement. This ‘singer with a nose ring’ (her own words), was allowed to wave a rainbow flag in support of some gay pride promotion.

Leaving aside those with feelings so strong that the very idea was unwelcome, the organisers either overlooked or deliberately disregarded the fact that there are many, perhaps even a majority of ordinary British citizens, who were made uneasy by the brash display rather than enchanted by it.

But I think the greatest affront to my sense of indignation was the front-page picture of the Archbishop of Canterbury stretched out on some suitable spot, belly down and in hands-to-forehead pose while he personally apologised for the Amritsar massacre. Now that appalling event took place over 30 years before the fellow was born so one can only imagine the gasps of relief and appreciation ensuing from his audience. He was publicly doing the sackcloth-and-ashes bit over something he hadn’t done and to people not one of whom was involved either. So easy to say sorry for something you had no part in. The histrionics, publicity-seeking and utter failure of the display were quite pathetic.

Now I admit to having but slight regard for anyone’s imaginary friends and virtually none for this diminutive little fellow either in his purple robes or in that dreadful yellow mitre and fancy, jewelled and matching cloak get-up. His ceremonial fancy-dress garb, his skinny shoulders sloping under the weight of the costume jewellery, suggest that he might actually be enjoying the charade. Across the professional mind must flicker the thought that he gained some masochistic buzz from the voluntary abasement.

If so there are lots more opportunities. Why not visit Kenya and squirm for the MauMau victims of colonial oppression. Or to the Iberian Peninsula to apologise for the mayhem at the Lines of Torres Vedras. Then he might traipse off to Israel to whimper for the child-killing Scud missiles fired out of Gaza. Or to Scotland on behalf of the Locherbie dead. Or to Bekaa Valley to make amends for the intrusion of Geoffrey Waite. There’s a near endless list to keep his biochemistry running at full pelt.

Better still, as, before God found him, he was an employee of a French oil company busily polluting the planet’s remaining atmosphere, it might be time just to quit, go home and minister unto the shrinking echelons of old ladies who still count as his flock.

And finally in this list of irritating woes was the ungentlemanly, to say nothing of non-traditional and possibly even traitorous, way in which Cameron divulged matters emanating from his privileged meetings with Her Majesty. There is one huge consolation though, isn’t there? The creep has, one trusts, doomed forever his chances of an elevation of status.

Not that he would have deserved anything higher than an MBE anyway!

Increase in penalties for assaults on police officers