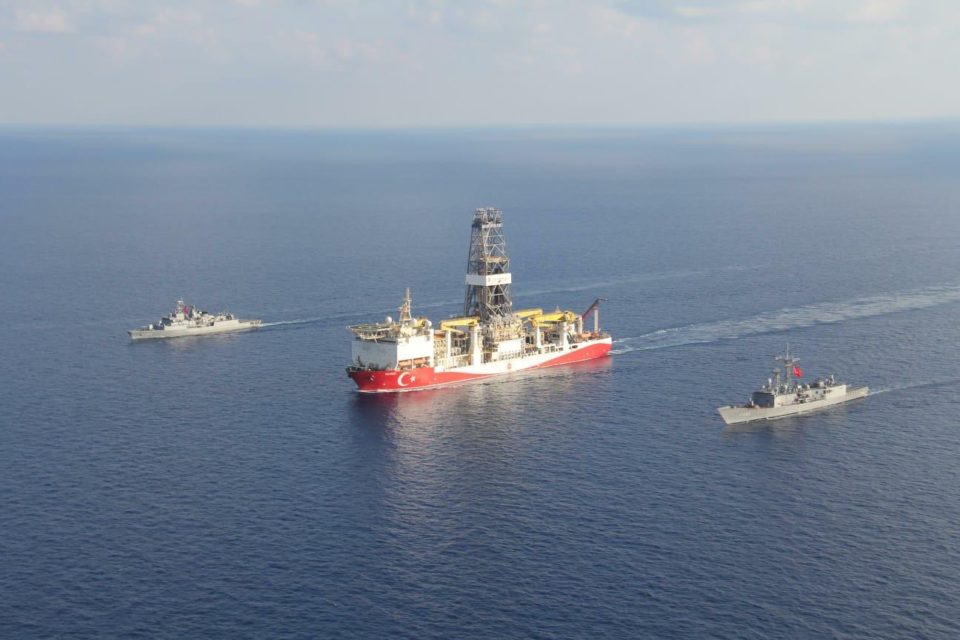 A TURKISH drillship, the Yavuz was on Thursday headed to an area inside Cyprus’ exclusive economic zone (EEZ) to carry out natural gas exploration.

Cyprus called on the Yavuz and its supporting vessels to “immediately cease illegal actions” in the island’s EEZ and continental shelf.

A Navtex published on the website of the Joint Rescue and Coordination Centre (JRCC) in Larnaca also warned all those working on the Yavuz and its supporting vessels they would face consequences and that an international arrest warrant would be issued against them.

The actions, it said, were a violation of international law and maritime safety procedures.

“Any individuals and companies working and/or providing services, assisting and soliciting to support the illegal actions of Yavuz are violating the rights of the Republic of Cyprus, international law and maritime safety procedures”.

“We hereby demand drillship Yavuz and her supporting vessels to immediately cease their illegal actions,” the JRCC said.

According to a marine advisory issued by Turkish authorities, the Yavuz will carry out drilling in a designated area inside block 7, located off the southwestern coast of Cyprus.

The advisory, notifying other vessels to keep a wide berth, said the area in question was being reserved for drilling operations from October 19 to January 20.

In the afternoon Turkey’s energy minister Fatih Donmez posted on his Twitter account pictures of the drillship shadowed by two Turkish navy warships.

The text read: “Our drillship Yavuz is en route to the Güzelyurt-1 (Morphou-1) site where it will carry out a new drill flying our flag. We shall not cease until we have provided our nation with subsea resources. If there are any, we shall definitely find them.”

Maps published earlier by Turkey show that a little over a third of the area of block 7 lies in what Ankara claims to be its continental shelf.

Nicosia said it was monitoring the situation.

President Nicos Anastasiades said all necessary measures were being taken in line with international law.

The Yavuz had been anchored at the port of Mersin after completing drilling operations off Karpasia.

The vessel was dispatched by Turkey to the Karpas area in late June and was said to have started drilling in July.

Turkey disputes Cyprus ownership of fossil fuels in the area, arguing that Turkish Cypriots are entitled to a share of the resources. Ankara also has its own separate claims to the southwest of the island.

Turkey’s foreign minister Mevlut Cavusoglu told a Turkish TV channel that Ankara would prefer to find a ‘common path’ with other nations on resources prospecting in the eastern Mediterranean.

But failing that, he added, Turkey would pursue its exploration activities.

Cavusoglu reiterated that the areas delineated by Turkey as its continental shelf off Cyprus are ‘non-negotiable’.

“For us it’s a matter of national sovereignty,” he added.

Turkey’s chief diplomat also telegraphed that any potential agreement among eastern Mediterranean countries delineating their respective maritime zones, without including Ankara in the discussions, would be invalid.

He was alluding to Cyprus, Greece and Egypt, officials of which recently met in New York on the sidelines of the UN General Assembly.

Turkey is not a signatory to the 1982 United Nations Convention of the Law of the Sea, and has no EEZ agreements in place with either Cyprus or Greece.

Likewise Cyprus and Greece have not delineated their EEZs with respect to one another, largely due to Athens’ reluctance to aggravate Ankara in a long-standing and intractable dispute among the two nations in defining their respective territorial waters and continental shelves.

Meanwhile a September 19 statement issued by Turkey in response to gas exploration agreements Cyprus signed with French Total and Italian ENI on block 7, has been circulated by Ankara as an official UN document.

Turkish foreign ministry spokesperson, Hami Aksoy said at the time that “a section of the so-called licenced area number 7 remains within the Turkish continental shelf, which has been registered with the United Nations.”

He added that Turkey would in no way allow any foreign country, company or vessel to engage in unauthorised hydrocarbon exploration and exploitation activities within its maritime jurisdiction areas and will continue to take the necessary measures to protect its rights and interests.

Cyprus had replied that block 7 lies within the EEZ/continental shelf of Cyprus, in a marine area to the south-west of the island, already delimited in accordance with international law, between the Republic and Egypt under the 2003 EEZ Delimitation Agreement.

“The exploration and/or exploitation of Block 7 is an exclusive sovereign right of Cyprus and does not affect the rights of any third state, including Turkey,” the ministry said.