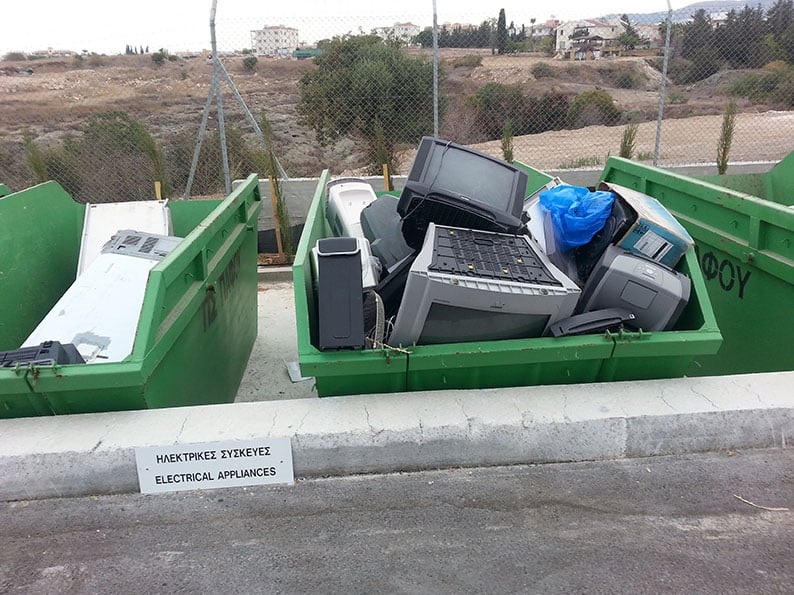 Green points have failed in their mission, MPs said on Wednesday citing among other things wrong planning and lack of management units for bulky items.

The issue was discussed at the House environment committee with its members arguing that the management of bulky waste items has failed.

Greens’ chairman and MP Giorgos Perdikis said after the meeting that everything was done wrongly, and the public cannot even enjoy basic services such as the collection of bulky waste items and trimmings.

He said there are serious problems due to the small number of green spots but also the methods used. The present 27 green points, he said, are almost one third less than the initial plans.

According to Perdikis, the only three green spots operating without problems are those in the Paphos district, but the reason for that is because the bulky items they receive are illegally dumped in landfills.

“There is not a regular waste management facility there, but a place where they dump their waste and then bury it,” he said.

He added that everyone bears responsibility for this situation, “the government, municipalities, companies, environmental organisations and in the end the public too who, in some cases, behave with a huge and criminal indifference and inaction.”

For Akel MP, Evanthia Savva, the green spots have turned into “green headaches”.

She said since January when the committee had last discussed the issue, more problems have risen.

“Cyprus has become a huge dumpster,” she said.

“They have become green headaches. Due to bad management or the closure of some of them, members of the public put their rubbish outside the green spots,” she said.

MPs also heard that six new green points will open during the first half of next year, three in the Famagusta area, two in the Limassol district and one in the Nicosia district.

The green points are established spaces where the public can dispose – free of charge – any household waste such as furniture, electronic equipment, metal or glass objects as well as plastic, paper, or fabrics.

Our View: Many questions over president’s use of a private jet