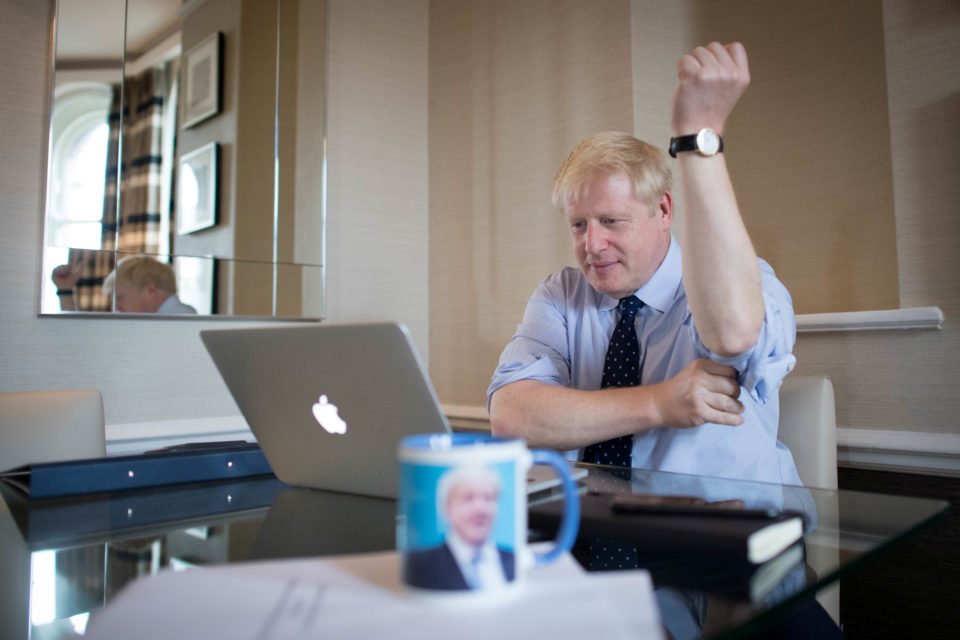 The plotting reflex is strong in the populist politicians who currently run both of the big English-speaking countries. President Trump dreams up underhanded tricks even when he has no need of them.

Why would he bother to sabotage the campaign of Joe Biden, the candidate for the Democratic presidential nomination who would give him the least trouble in next year’s election? He’ll probably face impeachment over it, but he couldn’t help behaving that way. You might as well ask why even well-fed cats catch and kill mice.

They are acting on instinct, and so was Donald Trump. ‘Boris’ Johnson is a habitual plotter too, but this time he actually needs a cunning plan.

Britain’s prime minister has only been in office for ten weeks, and he is already in potentially terminal trouble. Boris Johnson was never an ardent Brexiter: he even voted for the relatively sane version of Brexit that his predecessor Theresa May failed three times to get through Parliament. But he is consumed by ambition, and he saw in her fall an opportunity to seize the top job at last.

He won it in July, in an internal poll of Conservative Party members, by promising to ‘deliver’ Brexit quickly no matter what the cost. (The 60,000 Party members who chose him are far more extreme than most Conservative members of Parliament and certainly than the average Conservative voter.)

Unfortunately, Johnson can only deliver by crashing out of the European Union without a deal. The deal Theresa May negotiated would have caused Britain only moderate economic damage, but that deal was repeatedly killed by the votes of the ultra-nationalist ‘head-bangers’ on the far right of his own Conservative Party.

They’d kill it again, and Johnson’s long-sought prime ministership with it, if he made the kind of concessions needed for a negotiated deal. In practice, therefore, he had to deliver a kamikaze Brexit to stay in power at all – and then he had to hold an election immediately afterwards, to confirm his hold on power before the Brexit damage piled up and even dyed-in-the-wool Leavers turned against it.

So Johnson’s Cunning Plan A went like this. Meet Parliament for a couple of days in early September when it comes back from recess, promise that you are negotiating hard with the EU and confident of getting a deal – only a “one in a million” chance of failure – and then close Parliament down for five weeks (‘prorogue’ it) .

By the time Parliament comes back in mid-October and it is clear that there is no deal, it will be too late. The law says that the United Kingdom will leave the EU automatically on 31 October unless there is a deal. Parliament will then vote Johnson’ government out, but he’ll just call an election – for AFTER the 31st.

The election will roll around some time in November, and by then Johnson will be the Leavers’ hero for having delivered Brexit after 40 months of delay. He’ll win, and be safely back in office for five years even if the economy then goes into slow-motion collapse. The plan would have worked perfectly if the opposition parties were hopelessly stupid.

Unhappily for him, they weren’t. In early September, before Johnson could prorogue Parliament, the opposition parties passed a law obliging him to ask the EU for a three-month extension if there was still no deal on 19 October. It passed, because 21 Conservative members of Parliament who saw ‘no deal’ as a disaster for Britain voted with the opposition.

Johnson promptly expelled them from the Party – and thereby lost his majority. But the opposition parties did not vote him out, which would have let him call his election as Plan A required. They just left him hanging there, twisting in the wind.

Then all eleven judges of the Supreme Court chimed in to say that Johnson’s decision to shut Parliament down for five weeks in the midst of a political crisis had been unlawful. Time for a different plan, and quickly.

So here’s Cunning Plan B. There is an obscure law called the Civil Contingencies Act of 2004 that allows the government to override Parliament in the event of a national emergency. If Johnson could engineer such an emergency, he could ignore the “surrender bill” (as he calls it) that forces him to seek an extension rather than crash out on 31 October.

What kind of an emergency? Well, it would probably require blood in the streets, which Johnson can only obtain by inciting Leave supporters to acts of violence. That is why he now uses such extreme language, talking incessantly about betrayal and treachery.

As the Labour Party’s Shadow Brexit Secretary, Keir Starmer, told ‘The Observer’ on Sunday, “Whipping up the idea of riots or even deaths if we do not leave the EU on 31 October is the height of irresponsibility. But it is also pretty obviously being orchestrated.” And the death threats on social media to MPs who are trying to thwart Johnson have multiplied fourfold in the past week.

Our View: Many questions over president’s use of a private jet