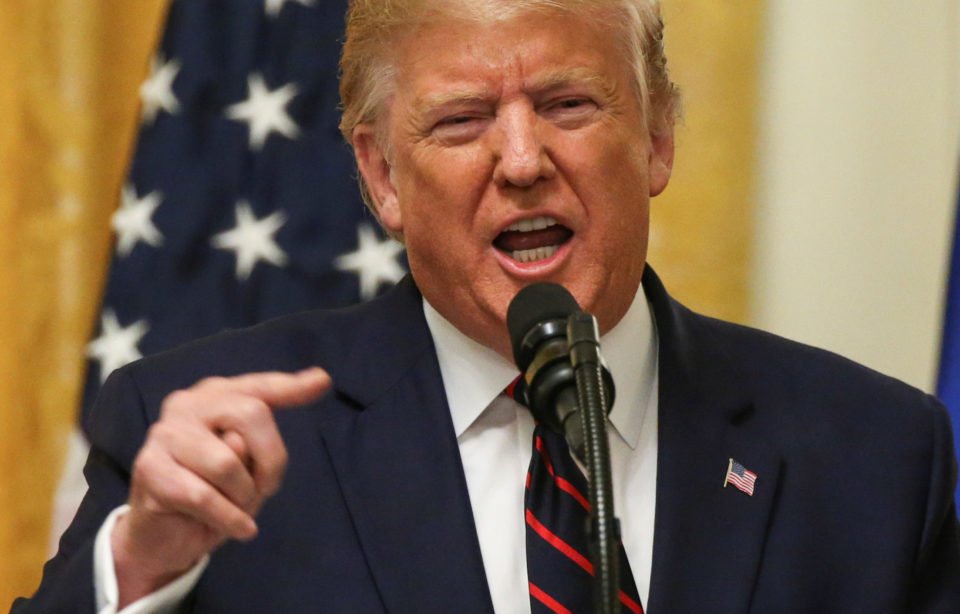 He referred to Adam Schiff as ‘shifty Schiff’, a ‘lowlife’ and also called on him to resign.

The Republican president has lashed out repeatedly at the impeachment inquiry, which was prompted by his phone call with the Ukrainian president that sought an investigation that would be damaging to a Democratic political opponent, former Vice President Joe Biden.

Trump repeatedly says he did nothing wrong in his July 25 telephone call in which he asked Ukrainian President Volodymyr Zelenskiy to investigate a domestic political rival Joe Biden, the former U.S. vice president.

He has repeatedly attacked the Democratic chairman of the House of Representatives Intelligence Committee, Adam Schiff, who is leading the impeachment inquiry.

“They should look at him for treason because he is making up the words of the president of the United States – not only the words but the meaning,” Trump said.

He accused the Democrats’ impeachment efforts of being groundless and politically motivated.

“They’ve been trying to impeach me from the day I got elected,” Trump said.

He again referred to his call with the Ukrainian leader as “perfect.”

During a news conference earlier on Wednesday, Democratic House Speaker Nancy Pelosi had a different message for Trump on his call: “It’s not perfect. It’s wrong.”