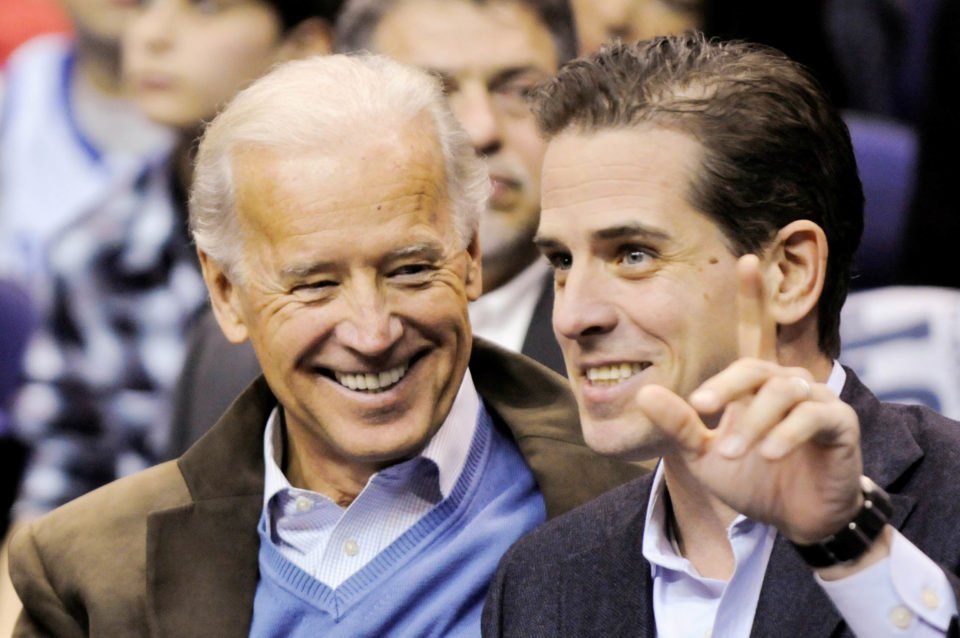 Centre of the storm: Joe Biden and his son Hunter

U.S. President Donald Trump on Thursday called on China to investigate Joe Biden, a main Democratic contender in the 2020 race for the White House, about the involvement of his son in a fund that sought to raise Chinese capital.

Trump accuses the younger Biden of using his position of influence to secure the financial backing of China for his investments. Trump has not provided evidence to support the accusation and Hunter Biden has repeatedly denied any wrongdoing.

Here are some details about Trump’s allegations:

ON WHAT BASIS IS TRUMP CALLING FOR A PROBE OF HUNTER BIDEN?

Trump has alleged that Hunter Biden got China to invest $1.5 billion in a fund he was involved in soon after accompanying his father on a trip to Beijing in December 2013, when Joe Biden was vice president.

“When Biden’s son walks out of China with $1.5 billion in a fund, and the biggest funds in the world can’t get money out of China, and he’s there for one quick meeting and he flies in on Air Force Two, I think that’s a horrible thing,” Trump said last month.

WHAT ARE HUNTER BIDEN’S INVESTMENTS?

In 2009, Hunter Biden co-founded Rosemont Seneca Partners, along with Christopher Heinz, stepson of former Secretary of State John Kerry, and Devon Archer, an American businessman who was Heinz’s classmate at Yale University.

In 2012, the younger Biden and Archer talked to Chinese private equity investor Jonathan Li about joining forces on a fund that would invest Chinese capital – and possibly capital from other countries – outside of China, the New Yorker magazine reported in a profile of Hunter Biden in July.

Li, Archer and others agreed in 2013 to establish the fund, called BHR Partners, and Hunter Biden joined as an unpaid member of the board, the New Yorker said.

Hunter Biden told the New Yorker that he met Li during the December 2013 trip but described it as social encounter. “How do I go to Beijing, halfway around the world, and not see them (Li) for a cup of coffee?” he said.

George Mesires, a lawyer for Hunter Biden, has said his client started out on the advisory board for BHR and only became an investor in the fund with a 10% stake in 2017.

Mesires has said Hunter Biden’s investment in the fund was $420,000, implying a total capitalization for the fund of $4.2 million.

Neither Hunter Biden nor Mesires could be reached for comment.

That deal was subject to review by the Committee on Foreign Investment in the United States (CFIUS), and last month Senate Finance Committee Chairman Chuck Grassley raised concern about the CFIUS process, citing potential conflicts of interest.

WHERE DID THE $1.5 BILLION FIGURE COME FROM?

BHR’s website says it is the cross-border investment arm of a state-approved Chinese private equity firm and is supported by some of China’s largest financial institutions, including the Bank of China.

An archived version of BHR’s website from 2014 says BHR was formed in 2013 by two Chinese asset managers alongside Rosemont Seneca Partners and Thornton Group LLC.

BHR did not immediately reply to a request for comment.

From the beginning, the firm appeared to be aiming to leverage its ties to state-backed lenders to make big investments.

BHR would “concentrate on ultra-large-scale and internationally influential projects in the future”, Li was quoted as saying in a February 2014 article in the state-owned 21st Century Business Herald.

“Projects with less than $100 million will be considered only if there are special advantages,” he said.

“The strong background of the state-owned shareholders will help BHR’s large-scale investment and M&A projects.”

Li did not immediately respond to an emailed request for comment.

The New Yorker reported in its July article that Hunter Biden and his business partners said they had yet to receive a payment from BHR.