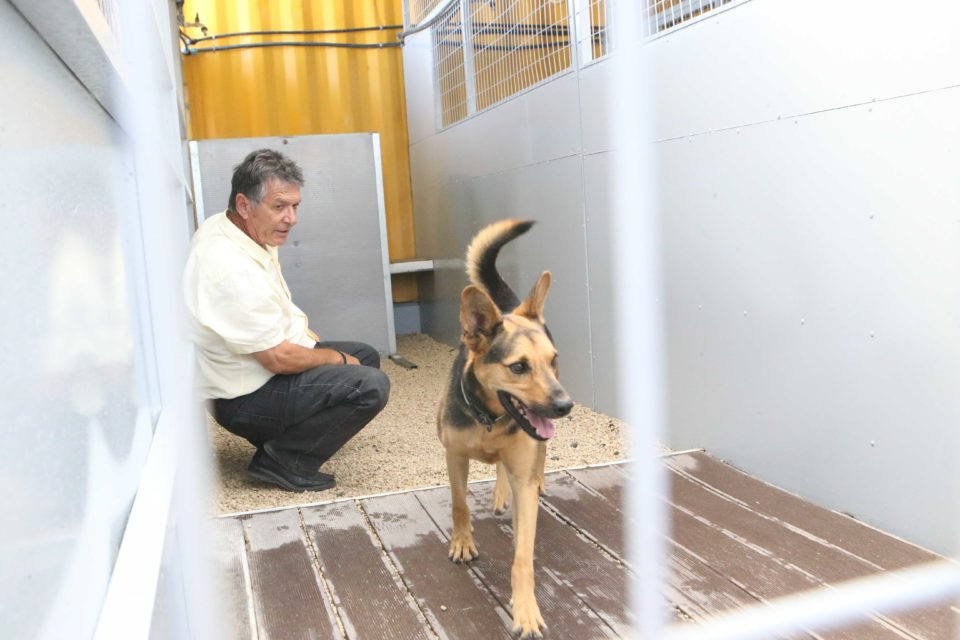 The head of the Animal Party, Kyriakos Kyriakou locked himself in a dog shelter cage on Friday morning, World Animal Day, to raise awareness over the plight of stray animals.

During a visit at the “2nd Chance” dog shelter in Geri at 10.30am on Friday, the head of the Animal Party of Cyprus Kyriakos Kyriakou decided to remain symbolically confined for a few hours in one of the cages of the shelter used to host stray dogs.

“Humans, animals and nature are interconnected,” said the Animal Party’s announcement on Thursday.

The Animal Party said it aimed to send a strong message to the public that if they want a pet they should adopt an abandoned dog rather than buying one.

“Adopting a stray animal will benefit both the pet and the new owner since an abandoned pet will show gratitude to the new owner and they will discover together the meaning of true love,” the Animal Party said.

Before the visit to the dog shelter, a delegation from the party delivered a memorandum to President Nicos Anastasiades listing the results of his second term as president in relation to animal welfare and protection issues, as well as specific suggestions that will help to address remaining issues.

Giorgos Perdikis, the head of the Green Party, also marked World animal Day by visiting an animal shelter in Aradippou to honour the volunteers who struggle daily to deal with the large numbers of stray animals.

“Strict measures need to be applied to stop the unacceptable habit of people abandoning their pets such as getting puppies microchipped before they turn six-months-old, or the free neutering of animals from the state,” Perdikis said after his visit.

Perdikis also noted the large numbers of hunting dogs in the shelter.

He referred to the cabinet’s decision this week to approve the creation of an animal police unit, saying that the Green Party had pushing for such a unit since 2012. He said the cabinet decision was positive progress as soon there would be trained people dealing with animal protection issues who will be able to respond quickly.

Anna Spanou, a volunteer at the animal shelter, told reporters that 2019 saw the most cases of abuse and abandonment for the past ten years.

Men arrested for possession of drug and stolen goods