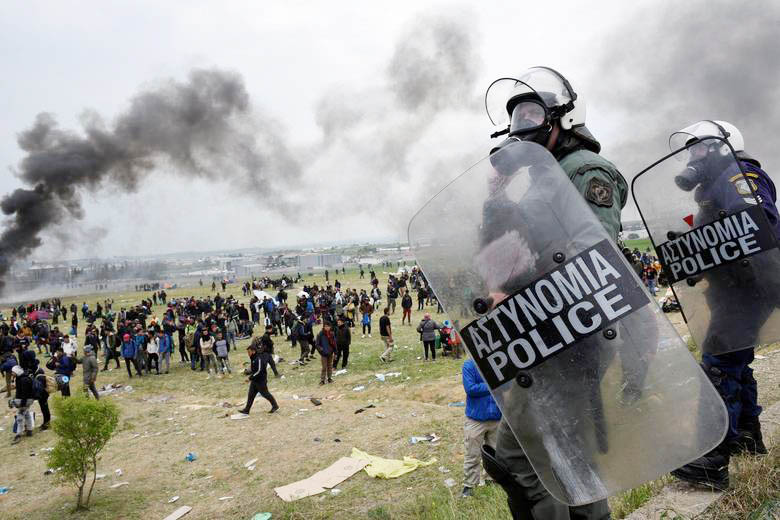 Turkey, which hosts 3.6 million Syrian refugees, has threatened to "open the gates"

Greece‘s prime minister accused Turkey on Friday of appearing to “exploit” Europe’s migrant crisis for its own ends and said Ankara can and must control migrant flows to the continent.

Greece, the route into Europe for nearly a million refugees and migrants in 2015, is dealing with a new and steep rise in people crossing the Aegean to its islands from neighbouring Turkey after a relative three-year lull.

The influx has piled pressure on its massively overcrowded migrant camps and prompted the new conservative government to announce a stricter policy to curb the flows, which includes tightening its borders and deporting more people.

“I want to be absolutely clear,” Prime Minister Kyriakos Mitsotakis told a parliament session. “Turkey… must also assume its responsibility.

“It has the ability to control the flows in the Aegean. It cannot give the impression that it is exploiting this issue for its own geopolitical pursuits,” he said.

Flows to Greece slowed to a trickle after the European Union and Turkey agreed in 2016 to seal off the Aegean route, before picking up again in August and September to the highest monthly numbers in the three years since the deal.

Turkey, which hosts 3.6 million Syrian refugees, has threatened to “open the gates” unless Ankara receives adequate international support for a plan to resettle 1 million refugees in northern Syria.

It effectively controls parts of north Syria where it says 350,000 Syrians have returned. Together with the United States it is setting up a “safe zone” in the northeast, where it says many more could be moved.

Under the 2016 pact, Ankara would take back undocumented migrants and refugees, including Syrians, who cross to Greek islands and do not qualify for asylum. In return, the EU would take in thousands of Syrian refugees directly from Turkey and reward it with more money and other benefits.

More than 78,000 refugees and migrants have arrived in Europe so far this year, more than half of them to Greece, according to United Nations data. About 40 percent are families from Afghanistan and about 20 percent Syrian.

Mitsotakis said most “have the profile of an economic migrant and not that of a refugee,” and reiterated plans to deport 10,000 rejected asylum seekers by the end of next year.

“This issue is here to stay,” he said. “Europe will constitute a magnet for people from Africa and the Middle East.”

Confused about your skin cancer risk?

Greece says Turkey is being ‘petty’ over Hagia Sophia