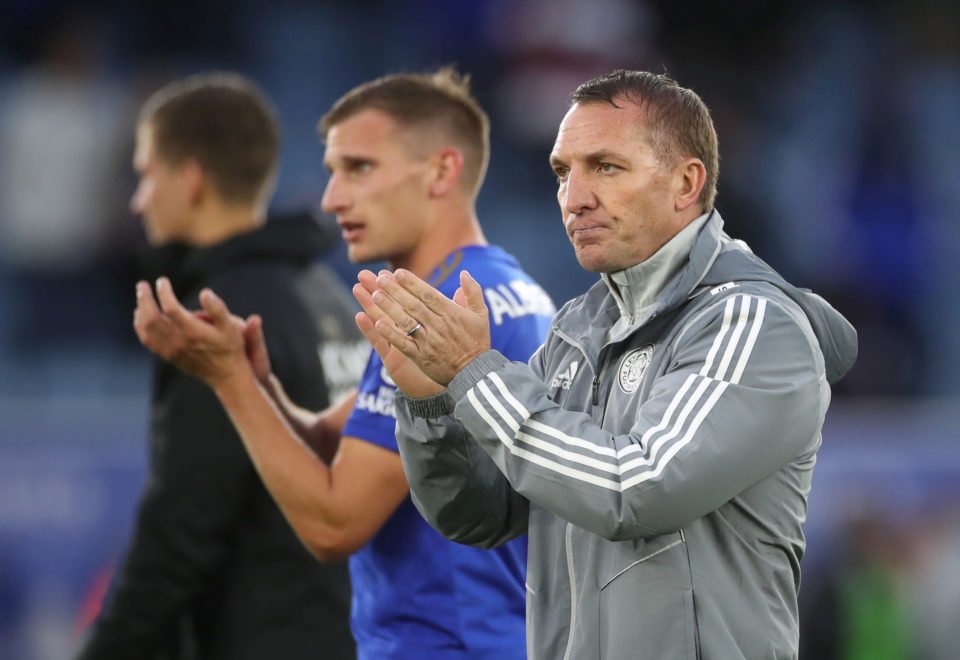 But for a Steven Gerrard stumble five-and-a-half-years ago against Chelsea, Brendan Rodgers might well be idolised by the Liverpool faithful and Juergen Klopp’s love affair with an adoring Kop may have never got started.

Such thoughts spring to mind as Klopp’s impressive side, Premier league leaders with 16 wins in a row, prepare to host Rodgers’ third-placed Leicester City in Saturday’s big match at Anfield.

Another win would put Liverpool eight points clear of champions Manchester City, who host Wolverhampton Wanderers on a busy Sunday.

Had Rodgers’ Liverpool beaten Chelsea that April Sunday and claimed a 12th successive win, they would been five points clear at the top with two games remaining and within touching distance of a first title since 1990.

They lost 2-0 and the rest, as they say, is history. Manchester City pipped Liverpool by two points to win their second Premier League title and Liverpool went on the slide, finishing sixth the following season.

Rodgers was sacked in Oct 2015 and a few days later Klopp arrived to begin a journey that, while yet to deliver the Holy Grail of a Premier League title, took Liverpool to last season’s Champions League title, beating Tottenham Hotspur in the final.

Rodgers, meanwhile, mopped up two Scottish Premiership (SPL) titles and numerous other silverware at Celtic — a feat some might suggest was no more challenging than shooting fish in a bath tub.

In February this year, with a third SPL title almost in the bag, Rodgers quit to take over at Leicester in the wake of Claude Puel’s sacking and they have thrived ever since.

Since his first weekend in charge in March, Leicester have amassed 31 Premier League points — a total beaten only by Liverpool (49) and Manchester City (46).

Liverpool have won their opening seven league games of the season but there has been the odd blemish of late.

Klopp’s side were forced to hang on for a 1-0 win over Sheffield United last weekend and in midweek surrendered a 3-0 lead at home to Salzburg in the Champions League before winning 4-3.

After a 5-0 hammering of Newcastle United last weekend, a vibrant Leicester side look the most likely to gatecrash the top four and will potentially offer Liverpool their toughest test of the domestic season so far.

Winger Marc Albrighton, part of the Leicester fairytale in 2016 when they won the Premier League under Claudio Ranieri, believes the current side is better than that one.

“We’re a different team now, we’ve got different qualities, but we’re a force going forward, we’re exciting to watch and it’s great to be a part of,” he said.

“Back then, we had one way of playing, that’s all we knew.”

There will be plenty of attention also on sixth-placed Tottenham Hotspur on Saturday when they travel to Brighton and Hove Albion still reeling from a 7-2 hammering by Bayern Munich on Tuesday.

It was manager Mauricio Pochettino’s worst result in charge of Tottenham and added weight to the argument that the Argentine’s project in north London may have stalled.

He has faced some massive games in his five seasons in charge but, after a club-record home defeat, none have felt bigger than Saturday’s tricky trip to the Sussex coast.

Manchester United, currently 10th, are at Newcastle on Sunday while Chelsea travel to Southampton and fourth-placed Arsenal welcome Bournemouth.

England into the foothills as ‘real’ World Cup begins