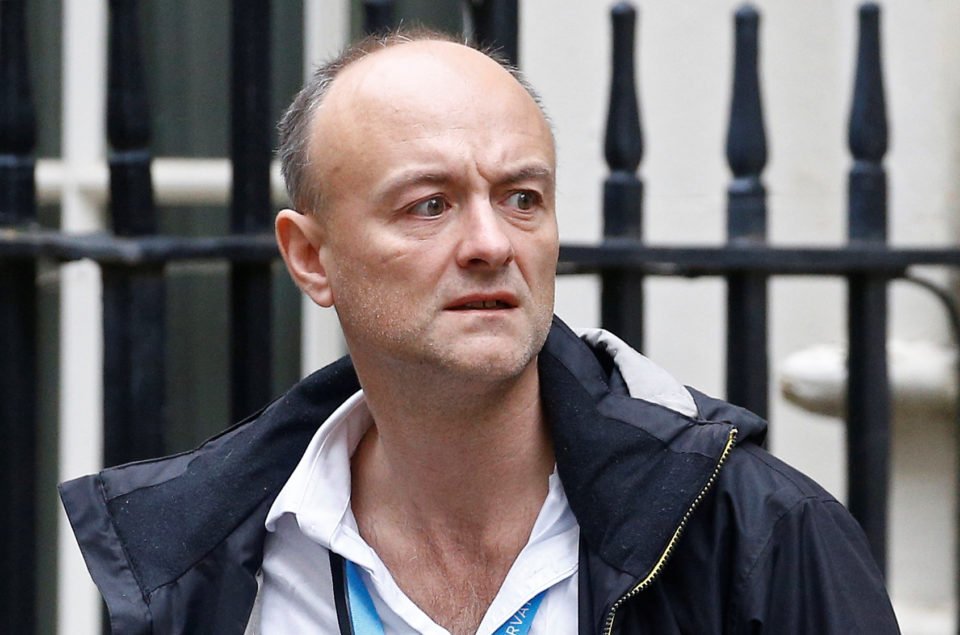 Up until the accession of Boris Johnson to No 10, very few people knew who Dominic Cummings was. Eccentric, resourceful, innovative and arrogant are just a few of the adjectives that can be used to describe the de facto chief-of-staff of Britain’s new prime minister, and, according to many, the man who pulls Johnson’s strings.

Like many others, I found out about the existence of Cummings from the Emmy-nominated movie ‘Brexit: an uncivil war’. Benedict Cumberbatch’s brilliant portrayal and my complete ignorance on how the Leave campaign had won the referendum took me to the internet scouring Google and YouTube in search for information about this mysterious man. The result: fewer than a dozen newspaper articles, a few YouTube clips and a very vague Wikipedia page.

The Director of Vote Leave graduated from Oxford with a degree in Ancient and Modern History, before briefly moving to Russia to work on a project connecting Samara to Vienna which eventually fell through. He then moved back to the UK and campaigned against the adoption of the euro, with the slogan “keep the pound, keep control” which was obviously recast into “Take back control”  – a clear, concise and powerful message – which constituted one of the many advantages of Vote Leave over Remain.

Before the Brexit referendum, Cummings was an adviser to Michael Gove from 2007 to 2010 during his time in opposition and then during Gove’s tenure in the education department. He often went head-to-head with senior civil servants – whom he deeply dislikes – and politicians, including David Cameron who allegedly described him as “a career psychopath”. His radical ideas were never materialised and Cummings resigned in 2014 only to return as the Director of Vote Leave in 2016, arguably as the catalyst behind the result of the referendum. He was later described by his fellow campaigners as a man who inspires leadership and confidence.

Vote Leave’s use and misuse of personal data and their profound attempts to misinform and manipulate voters by quite simply targeting their vulnerabilities and worst fears have been discussed extensively on so many op-eds, books and newspaper articles that we can afford to steer clear of all the nitty-gritty details.

Fast forward three years, with the country lurching from deadline to deadline and MPs voting on the same deal over and over again for some unknown reason, about 150,000 Britons, the Conservative party’s members, in an astonishing display of undemocratic proceedings from the Mother of Parliaments installed Boris Johnson in Downing Street. On his first day in office, Cummings was seen in the background rocking around No 10 with black jeans and a grey t-shirt. At last, the people who made all those wild promises about injecting money into the NHS (£350 million to be precise) instead of sending it to Brussels and scaremongering about an imagined Turkish accession to the EU are in office, and can “take control” of the mess they created before conveniently disappearing for three years.

From that point forward, the press was suddenly flooded with articles about the man behind Brexit, with journalists “ambushing” him outside his house and around Whitehall, reporting daily on his activities and analysing his philosophy and tactics. The verdict was usually damning. He has been regularly called a modern Machiavelli – probably because being Machiavellian has negative connotations. But his strategies resemble more those of the German chancellor Otto Von Bismarck and the Chinese General Sun Tzu since he has exemplified, on different occasions during the referendum campaign, the ability to ignite multiple fires, thus distracting his opponents from the endgame and seizing control of the narrative.

Within a few days of becoming PM, Johnson lost his majority in parliament, failed to negotiate an alternative to the Irish backstop and has an unprecedented 100 per cent loss record in the House of Commons. But that does not matter to Cummings. He has repeatedly expressed the opinion that MPs are useless, out-of-touch and incompetent.

In a Nudgestock event in 2017, he specifically targeted Tory MPs for caring very little about the problems of real people. In the same event, he essentially portrayed the parliamentarians who were part of the Leave Campaign as his puppets who were purposefully kept away from any real power regarding both the philosophical apparatus and the day-to-day decision-making process of the campaign. In late September, he was taped showing complete disregard to Labour MP Karl Turner’s comments about him inciting violence and putting the lives of MPs and their families in danger, to which he responded: “Get Brexit done”. This was swiftly followed by a very sassy “Who’s this guy? I don’t know who you are”. So, we can safely conclude that Cummings cares very little about parliamentary proceedings, has no respect for MPs and his plan is essentially to bypass parliament and take Britain out of the EU – do or die, in the words of his boss.

In the same spirit, the Johnson administration prorogued parliament after the passage of the Benn Act which required the prime minister to ask Brussels for a three-month extension. A very smart move on behalf of Johnson and Cummings, since making no-deal Brexit more likely increases their bargaining power, given that neither side wants a hard Brexit – or so they think. The prorogation of parliament was then overturned by the Supreme Court. Downing Street is now under immense pressure to abide by the Benn Act, but refuses to indicate whether or not it will do so and instead has resorted to labelling opposition parties as traitors in a series of “healthy” democratic debates.

Nonetheless, Johnson and his chief strategist have very few options left. Johnson’s options are to go back on his word and seek an extension, break the law by refusing to seek one, resign and take his chances at a general election, or go to Brussels and negotiate a new deal, thus running the risk of exposing himself as nothing more than a man whose rhetoric far exceeds his statesmanship skills and also playing right into the hands of Nigel Farage.

So where does Dominic Cummings come into all this? The man behind Brexit has proven himself to be a brilliant campaigner; first in euro vs sterling and then in out vs in. When it comes to statecraft, he has little to show; first under Gove and now under Johnson. It seems like a general election is the best option for the duo, given that campaigning is where Cummings thrives. However, we should not underestimate the ingenious plots of Cummings and we should not be surprised if he is hiding more aces up the sleeves of his white linen shirts.

Russia ‘concerned’ over escalation of tensions in Cyprus’ EEZ