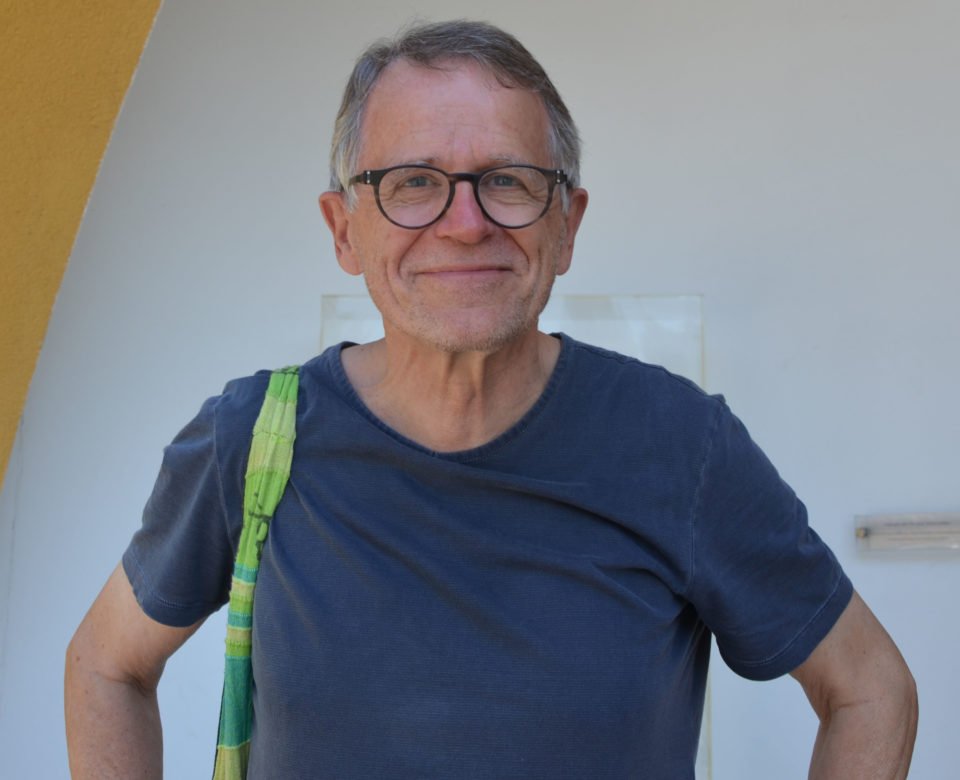 With a broad smile and a kind, reassuring voice, Jurgen Banscherus, the man behind the successful book series “Detective Klooz” (or Klouz in Greek), fits the children’s author bill perfectly.

The German writer is in Cyprus to take part in the Nicosia Book Fest that is taking place this weekend and that has established itself as one of the most popular events of the year.

The Sunday Mail caught up with Banscherus at the Junior School in Nicosia, where he was “happily busy”, as he said, signing dozens of “Detective Klooz” copies for his young readers.

“It’s my third time in Cyprus,” he said. “I was invited as a guest of the Book Fest for the first time in 2017 and I also participated in other events in Nicosia and in Larnaca.”

“Detective Klooz” or “Kwiatowski” as it is known in Germany has grown to have a cult following all over the world. With a total circulation estimated at two million copies, the series of books about the adventures of the young detective has been translated in as many as 22 languages.

“Cyprus and Greece are definitely the countries in which Klooz is most popular,” said Banscherus. “I will give you an example: during the book signing at the school in Nicosia, around 70 out of 90 pupils were already familiar with him.”

He hopes that thanks to Klooz children will be encouraged to go on to other books and other authors, to develop a passion for reading.

“That’s the reason why I am writing, I like helping children discover the passion for books.”

Banscherus recalls an event he took part in Athens which helped him understand the impact “Detective Klooz” has on younger generations.

“I remember the children being more prepared than me on the books I wrote. So I asked them why they like Klooz so much. A little girl, no older than 10, stood up and said: ‘He is different, he is just like us’,” he said.

“See, I think not being a superhero, a lonesome cowboy or a detective like Sherlock Holmes makes Klooz more relatable, more human, more lovable. I think this is extraordinary.”

Banscherus worked as a journalist, a researcher and a teacher before becoming a full-time author.

“I always loved books though. We had no TV, no computers, no smartphones when I was growing up, so reading used to be my favourite thing.

He would read all his parents’ books, which were mainly about religion, and hide the ones they wouldn’t have approved of.

“Books were my first love. I only started writing when I was 16 and I began with poems.”

Banscherus’ staggering popularity among the young earned him the prestigious Annette von Droste-Hulshoff Prize back in 2010.

“I was the first children’s author in Germany to win that prize. It’s one of my proudest achievements and the money that came from winning the award helped my writing career even further, as it allowed me to focus exclusively on my books.”

He’s proud he has managed to have a 30-year career as an author.

“Many young writers write one or two books and then move on to something else, sometimes they don’t have another choice. I have been writing for the past 30 years and I couldn’t be happier.”

Banscherus’ next stop on his tour will be Greece, where he will take part in events in Athens, Kalamata and Patra, before going to Switzerland, Austria and finally to Germany, just in time for Christmas.

The author is already working on his next project, a book about a children’s music band, formed by two German boys and a Greek girl.

“The girl’s name will be Aphrodite and the group will be called Aphrodite’s children, which I also hope will be the name of the book

“So, you see, there is already an ongoing love story between me and Cyprus!”

UK could be flexible on details of Northern Ireland veto, customs plan