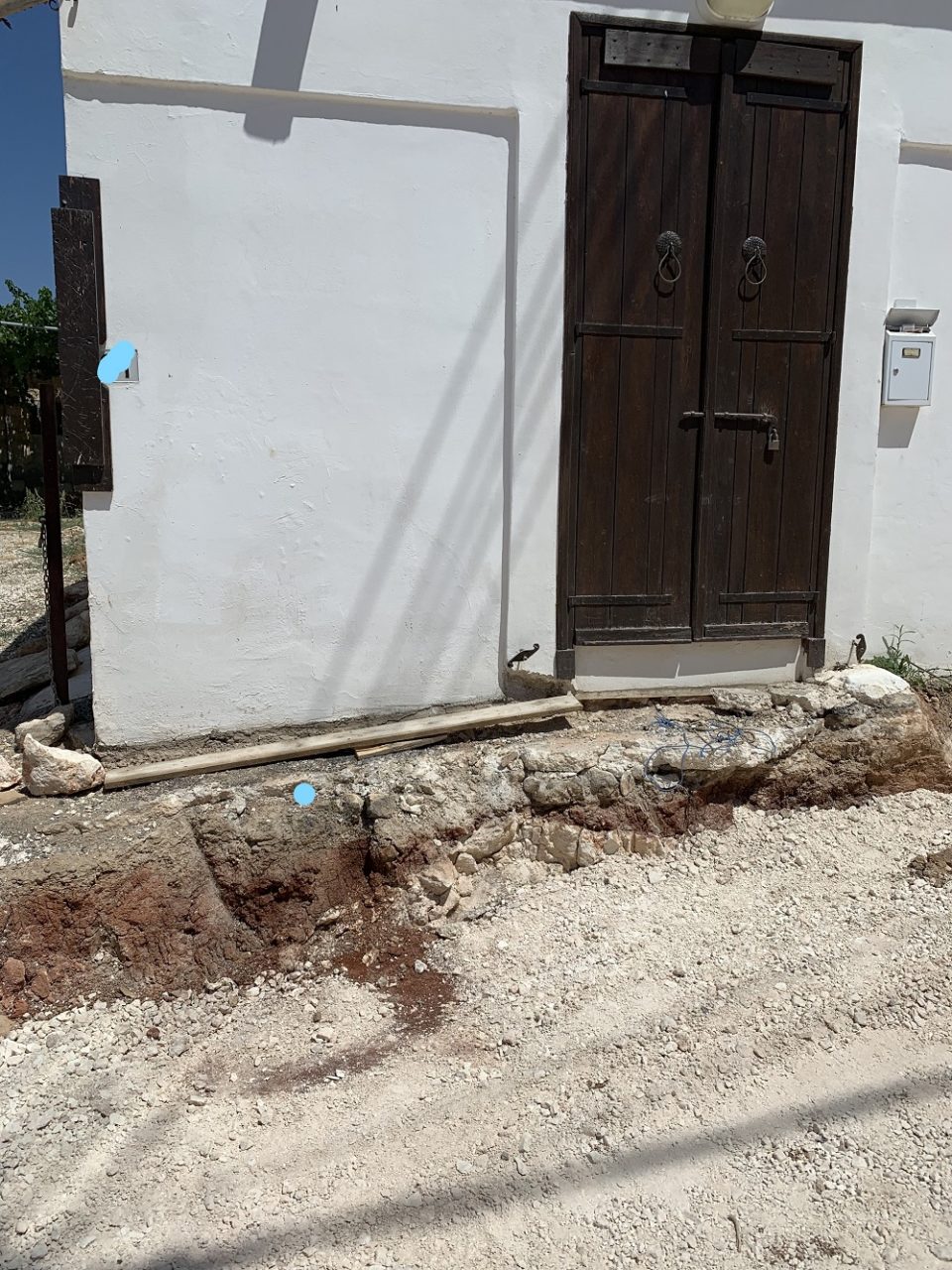 Local authorities in Neo Chorio are urging villagers to be patient amid ongoing upgrading works which have caused massive disruption to the centre of the village all year.

In March, a number of residents, some of them elderly, were left marooned in their homes for up to two weeks as access was made even worse by the deep puddles caused by heavy rains.

Currently, roads are still dug up in places while large trenches in streets are being filled with necessary pipework with large piles of rubble causing further obstacles.

“There are delays to the work, unfortunately, not least due to the heavy rain last winter which resulted in the work having to stop for some time,” community leader Andreas Christodoulou told the Sunday Mail.

The upgrading works commenced in January and were originally expected to last all year, the deadline has now been moved to April 2020, but Christodoulou said he believes June 2020 to be a more realistic completion date.

“We are asking the villagers to be patient and we know that it is hard, but once the works are finished, it will create a much more pleasant environment for everyone to enjoy.”

However, Andrew Barley, who owns a house on one of the affected streets told the Sunday Mail that after numerous complaints regarding the state of the road and lack of access, he was forced to abandon the property.

“Access to my house is impossible and our meter box has been ripped off and replaced with a piece of board, our roof has been broken away and sections of the wall have been smashed.”

“We don’t have electricity either,” he said on Friday.

The community leader promised that investigations would be undertaken on Monday to find out why there is no electricity supply to Barley’s property, ‘as this should not be the case’.

“In addition, any damage that has been caused by the EAC is their responsibility and they will fix it, he won’t have to pay for anything,” he said.

The two projects currently underway in the area will cost close to a million euros altogether and are part of a concerted effort to upgrade the village centre.

The first project is the reformation of the village centre and will cost around half a million euros (including VAT) and is being paid for by the government. Officials said that the upgrade is being carried out sensitively, using traditional materials.

The second is a project subsidised with EU funds with a small portion from the government, costing around three hundred thousand euros.

“Shopfronts will also be uniform and services are being placed underground; drains are also being put in to cope with the rain. It will be really lovely when it’s completed” Christodoulou said.