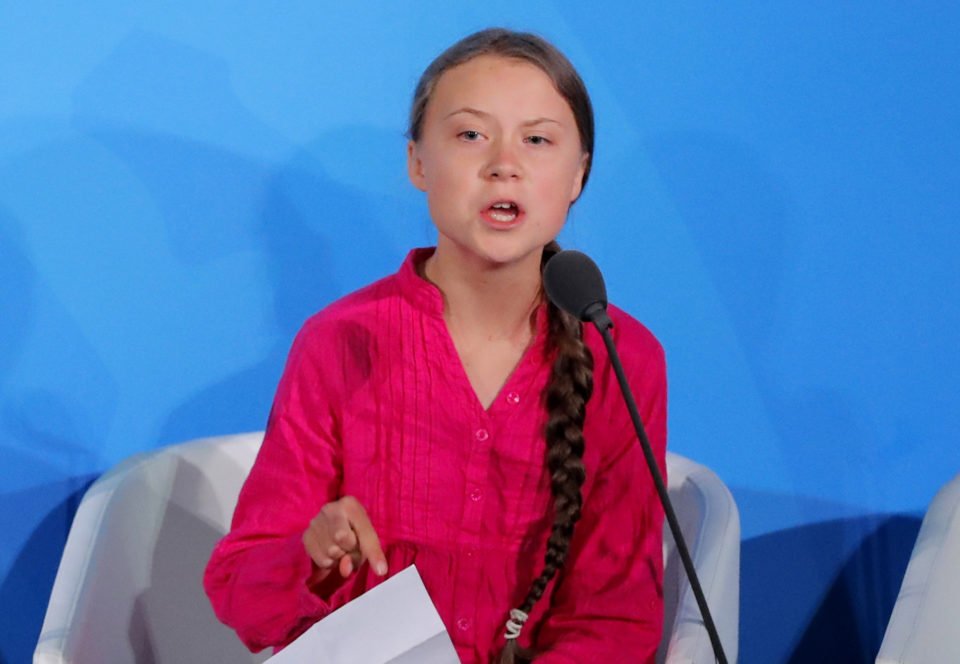 The sight of a girl in pigtails haranguing world leaders testifies to the fact that climate cultists – or more precisely deniers of reality – are growing increasingly anxious. Hence the need to overcompensate with antics like those we witnessed at the UN.

Bad enough that Greta’s adult handlers sank to new lows by callously manipulating an impressionable child, dangling her like a marionette for their own self-serving interests. But Greta’s scripted hissy fit also marks a new milestone in a world where the lines between reality and reality TV get blurred, where entitlement and rage activism are being sold as ‘hip’.

The roll-out of Brand Greta on the global stage is a wet dream for any self-respecting cult. It’s the final act in the cult playbook: stoke primal fears (rising sea levels, you’re going to drown); instill feelings of self-guilt and helplessness over impending doom; and lastly unveil the messianic figure descended from the heavens to save the sinners.

And what do cults do once you’re spellbound? They exact a tithe – carbon taxes. A swindle from start to finish, but some still fall for it out either out of guilt or because they need a cause to latch onto.

Never mind that no scientific, repeatable experiment has ever been conducted proving that carbon dioxide drives temperature or the climate. Manmade climate change is a hollow hypothesis, nothing more.

Never mind that ice-core data dating back hundreds of thousands of years show a clear, consistent pattern: first the climate/temperature changes, followed by a rise or drop in CO2. The data is irrefutable: it is the climate that drives CO2, not the other way around.

But don’t expect the media automatons to tell you about Swedish physicist Knut Angstrom, who in 1901 debunked the flawed greenhouse gas theory. Angstrom demonstrated that CO2 absorption was already nearly saturated, so additional increases in CO2 have little effect.

And never mind that according to research, such as a 2008 paper by Fettweis et al., Greenland lost more ice between 1920 and the early 1940s – when CO2 levels were far lower – than it has lost from the 1990s to the present. Or that there’s strong correlation between fluctuations in Greenland’s ice sheet mass and the Atlantic Multidecadal Oscillation, a natural cyclical phenomenon.

The IPCC itself stated in its Fifth Assessment Report (2014): “It is likely that similarly high rates of global averaged sea level rise occurred between 1920 and 1950.”

And yet the fact deniers continue to deny reality.

What climate cultists have done is put the cart before the horse: they posited a CO2 hypothesis a priori and then went hunting for the data to fit their hypothesis. That is pseudo science. It is fraud.

Appeals to authority and supposed consensus (“97 per cent of scientists say…”) are worthless when the data don’t match your claims.

Remember that the burden of proof always rests with the asserter: in this case the assertion being manmade climate change. As more people question this bogus hypothesis, despairing climate fanatics realise the jig is up. So they’ve taken to dirty tactics, leveraging emotional blackmail to bypass rational thinking. Make no mistake: this is a battle between the forces of reason and those of unreason.

Folly to equate Nazism with communism