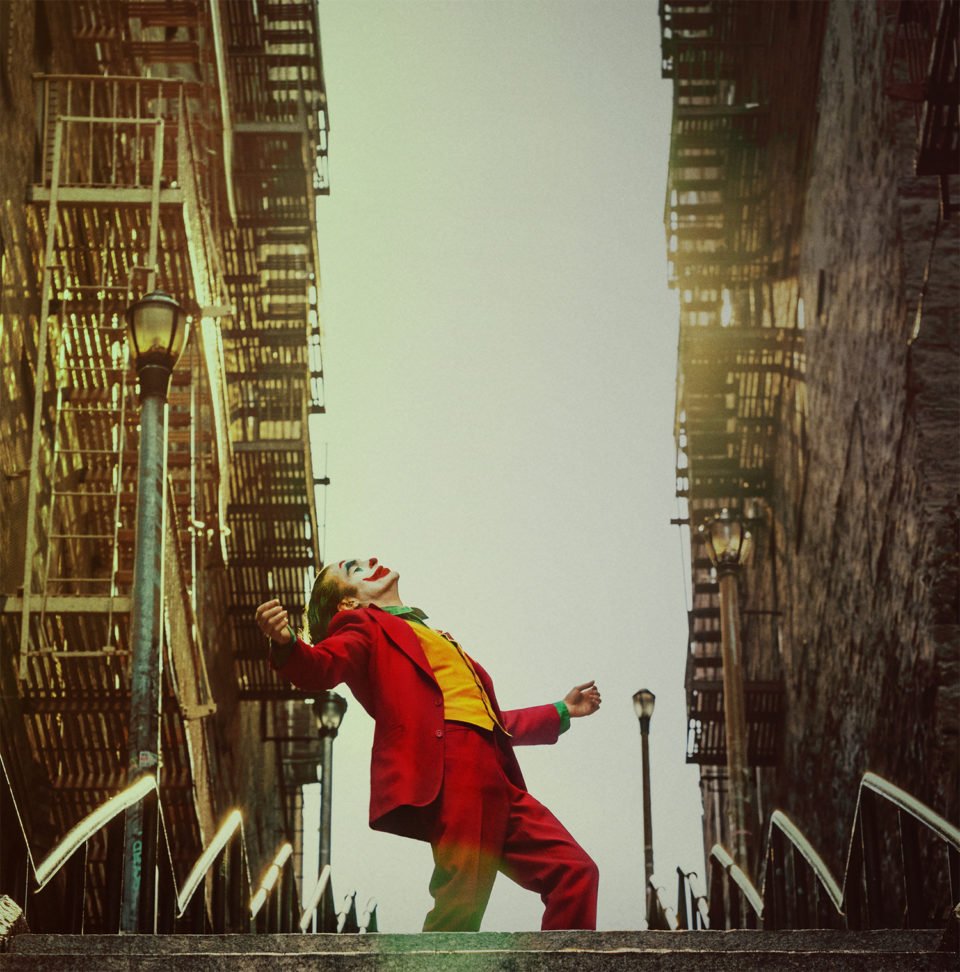 First things first: Joker is a trip, it’ll knock your socks off – and it’s also next-level in another way, a comic-book movie that throws off the shackles of comic-book movies. The Batman franchise is often said to be ‘dark’, but it’s still a fantastical, reassuringly phony kind of dark. Bruce Wayne’s gadgets and melodramatic back-story – plus of course the fact that he dresses in spandex – have dragged all previous Batmans, even the Very Serious ones, down to comic-book level. Joker is different, an origin story for Batman’s greatest nemesis that’s gadget-free, practically Batman-free, and makes no concession to comic-book stylings. If you paint your face white, dye your hair green and start telling unfunny jokes in this movie, it’s not because you’re a nascent supervillain. It’s because you’re literally, obviously, irredeemably nuts.

That said, the film is one-dimensional, hitting the same note over and over. It’s also derivative, and indeed there wouldn’t be much left if you removed everything it steals from a couple of Martin Scorsese pictures, Taxi Driver (1976) and The King of Comedy (1983). Taxi Driver was about an essentially sensitive man assaulted by the sleaze and belligerence of New York in the 70s, eventually changing his appearance and turning into a monster; Joker is much the same, actually set in a seedy, garbage-strewn New York (Gotham City, whatever) of the early 80s – the cigarettes and newspapers make the period setting clear; even the opening Warner Bros logo is the 80s version – and having our hero besieged by the craziness (opening line: “Is it just me, or is it getting crazier out there?”). The King of Comedy was about a deluded mama’s boy who fancied himself a comedian, and dreamed of appearing on a talk show fronted by a Johnny Carson-like host; Joker is much the same, the presence of Robert De Niro – then the loser, now the host – making the link even more obvious.

Then again, this is also very much a 21st-century movie – not just in ‘what it says’ about our fraught current moment (doubtless a reason why it won the Golden Lion in Venice), but also in focusing so closely on a man battered and bullied by those around him, from false friends at work to macho creeps on the subway. Oddly enough, it reminded me of Moonlight from a couple of years ago, a film at the other end of the political spectrum – that protagonist was a gay African-American; this one (as many have noted) is closer to the angry mixed-up ‘incels’ who troll the internet, and sometimes beyond – but also a film, like Joker, reflecting a culture where victimhood is viewed as a badge of honour.

Moonlight won the Best Picture Oscar; Joker seems way too incendiary to repeat that feat – but a Best Actor win for Joaquin Phoenix is a real possibility, and indeed the film couldn’t exist without him. He’s Arthur Fleck, cursed with a condition that makes him laugh uncontrollably when he’s nervous (which is often), working as a clown and nursing dreams of being a stand-up comic – though all he really wants is “a hug”, especially the father’s love he missed in his troubled childhood. He imagines TV host Murray Franklin (De Niro) as a surrogate dad, and indeed his dream isn’t necessarily to appear on the show; just being acknowledged by the man would be enough, as depicted in a fantasy sequence – and Phoenix really nails the needy thrill in Arthur’s eyes when Murray (and the TV audience) applauds him for being a good son. This Joker goes way beyond Heath Ledger’s sardonic anarchist in The Dark Knight; he’s a sad, stunted, perversely fascinating figure.

“Don’t you have to be funny to be a comedian?” asks his mum cuttingly – and it’s true, Arthur isn’t funny (maybe because he’s a lunatic), but that’s the handy little thing about comedy: funny is subjective – and morality, too, can be subjective, ask any sociopath. Joker is a hard film to watch, intense from first moment to last, an unrelenting look – powered by seedy visuals and a vivid, bombastic score – at a man losing every part of his support system, including, in the end, his own mind.

The fear that it could end up inspiring one of America’s many shooters isn’t too exaggerated (Arthur basically turns into a shooter, like Travis Bickle in Taxi Driver), yet there’s a real deranged grandeur to the final act in particular, the film’s depiction of a mad world rising up against the rich. The comic-book aspect is still there – Bruce Wayne’s just a kid but his dad, Thomas Wayne, plays a major role in Arthur’s meltdown – but you don’t need the Batman connection to find this trashy movie, and Phoenix in particular, riveting. “I used to think my life was a tragedy,” admits our anti-hero, “but now I realise it’s a f**kin’ comedy!” Ladies and germs, meet The Joker.

Stretch of Nicosia-Limassol highway to be closed for works

Cast and crew of 74 send messages of hope