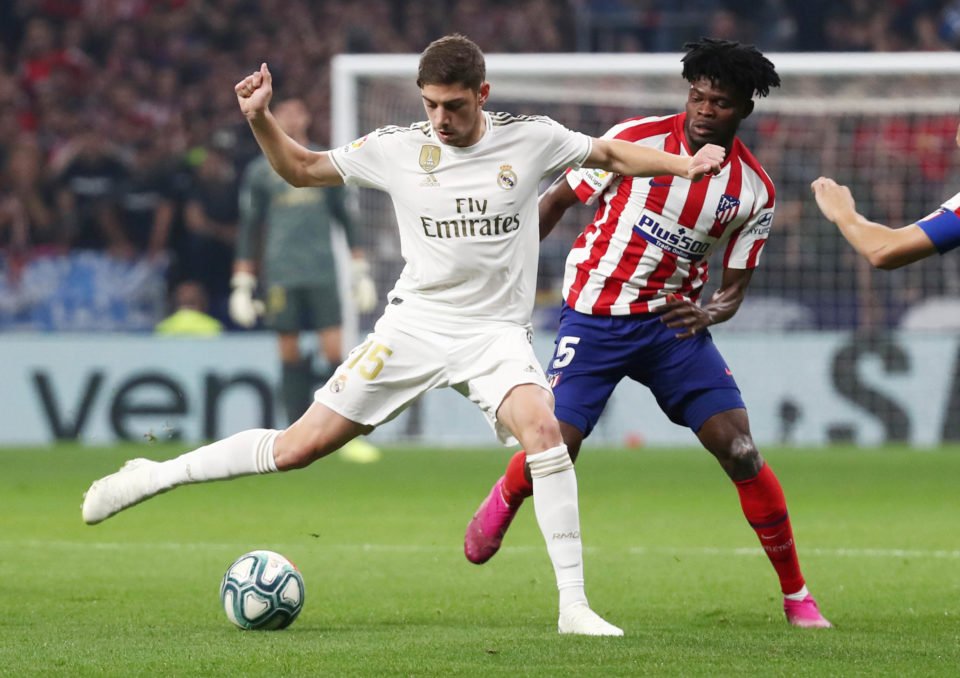 Real Madrid stayed top of the table by beating Granada 4-2 as Eden Hazard finally got off the mark, while Barcelona went second after crushing Sevilla 4-0.

Here are five talking points from the weekend in La Liga:

Valverde the midfielder Madrid have been missing

Real Madrid failed to recruit a big-name midfielder this summer after being heavily linked with Christian Eriksen and Paul Pogba, but their home win over Granada had them wondering if they already had the solution in Federico Valverde.

The Uruguayan 21-year-old showed a tenacity that more experienced players like Toni Kroos and Luka Modric have been missing, setting up a goal for Eden Hazard by determinedly winning the ball back high up the pitch.

Even though it was 100-million-euro ($109.71 million) signing Hazard’s first goal for Real, Valverde was the name on everyone’s lips.

Ousmane Dembele was chosen ahead of Barca’s marquee signing Antoine Griezmann for the crucial game against Sevilla and was once again the stand out man for good reasons as well as bad.

The Frenchman ripped Sevilla‘s defence to shreds to score Barca’s third goal in the 4-0 win but, not for the first time, trouble wasn’t far away.

He reacted angrily to team mate Ronald Araujo getting sent off and also earned himself a red card for telling the match referee “you’re very bad”.

He now risks a two-game ban which would see him miss the upcoming ‘Clasico’ against Real Madrid and allow Griezmann a way back into the team.

Atletico Madrid’s flying start to the season felt like a long time ago after Sunday’s 0-0 draw at Real Valladolid, their third stalemate in four league games.

“We need to go after victory from the first minute because otherwise what happened today will keep on happening,” he said.

Struggling Leganes were so enraged by the use of VAR in their 2-1 defeat by Levante that they asked for the game to be replayed, with president Victoria Pavon claiming her side were “unable to compete in equal conditions”.

The basement club conceded a penalty for a foul that looked to be outside the area but, in farcical scenes, a signal error meant referee Jose Luis Munuera had to communicate with the video referee via the fourth official and a mobile phone.

Levante scored from the resulting penalty although the Madrid outfit were then awarded a penalty of their own, but squandered the opportunity to level the game.

Aspas ends drought to lead Celta back from brink

Spain striker Iago Aspas practically kept Celta Vigo in the top flight on his own last season, routinely leading them to victory when he was on the pitch, while they looked utterly lost whenever he was out injured.

Celta’s homegrown hero has stayed fit this season but had been misfiring until he finally scored for the first time to give his side a badly needed 1-0 win over Athletic Bilbao, taking them clear of the relegation zone.

Sunrise in Kimmeria now in cinemas