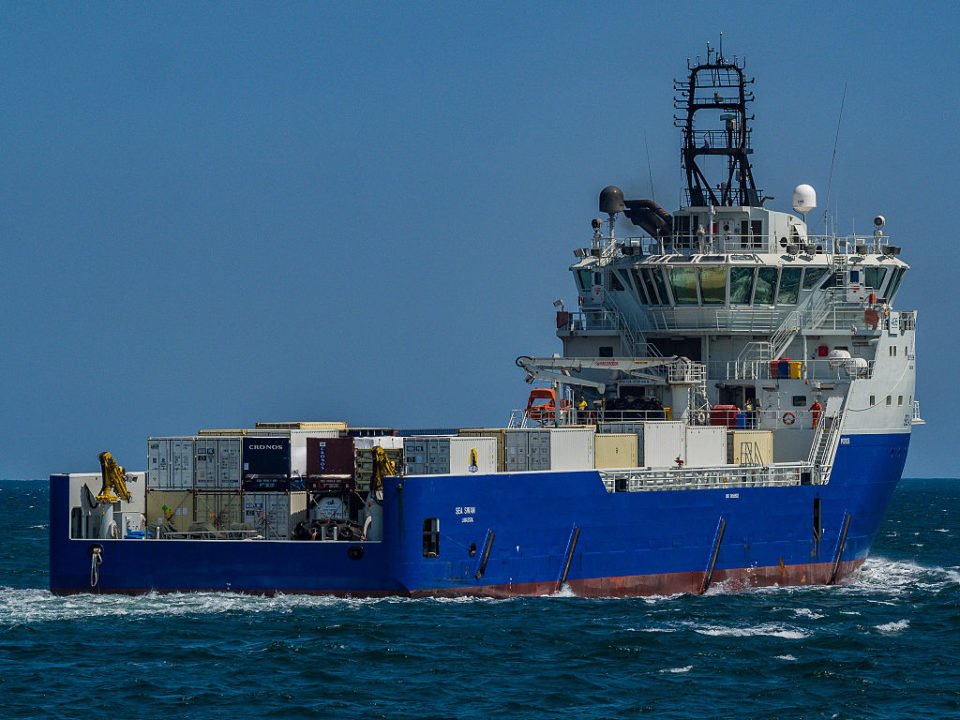 The Turkish embargo on Cyprus-flagged ships since 1987 had been the Achilles heel of the Cyprus flag and it has still not been resolved Andrew Priest (https://www.flickr.com/people/[email protected])

Evangelos Koulis speaks to the director of the Cyprus Shipping Chamber, which marks 30 years in 2019

The biggest achievement of the Cyprus Shipping Chamber (CSC), which celebrates its 30th anniversary this year, can be encapsulated in one word – trust. 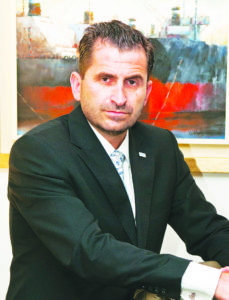 Director of the Chamber Thomas Kazakos has no doubt that the trust earned from shipping stakeholders was the main reason for its success. “The trust we have earned among our business associates over the last 30 years has been the single most important ‘ingredient’ for tackling some of the most pressing issues the industry has faced so far,” he said.

He cited four main challenges that the Chamber met successfully. The closing of the chapter of maritime transport in 2002, accession of Cyprus to the European Union in 2004, the approval by the European Commission of the tonnage tax system introduced in 2010 and the establishment of the Deputy Ministry for Shipping in 2018, which gave the sector a government body specifically dealing with shipping-related matters.

“Trust and close cooperation among the private sector, the Chamber and the political parties were vital in achieving these results,” said Kazakos.

In terms of a ‘real’ challenge though, Kazakos said, the Turkish embargo on Cyprus-flagged ships since 1987 had been the Achilles heel of the Cyprus flag and it has still not been resolved. The Chamber has been liaising with the Cyprus government and other organisations to resolve the issue but with no success.

“It’s a lose-lose situation for Cyprus and the whole region,” he said, adding that “the benefits of lifting the ban will be enormous.” The Cyprus registry would take off if there was a solution to the Cyprus problem. “Another 2,000 ships from our existing membership could register under the Cyprus flag quite fast,” Kazakos forecast.

Although the embargo has stifled the growth of the registry, shipping is still one of the top three industries of the island, contributing seven per cent of GDP – a far higher percentage than in other countries – and employing some 60,000 people, including 9,000 shore-based personnel.

The Cyprus Registry is the third largest in the EU and the eleventh largest in the world with Limassol being the largest third-party ship management centre in Europe. As the shipping industry operates internationally, Kazakos pointed out, it was in fact a direct foreign investment in the country while the fully-fledged residency of shipping companies in Cyprus contributes to the growth of many other sectors such as banks, law firms, real estate, auditing firms, schools etc.

“The contribution of the shipping sector to society in Cyprus has been immense and even during the most difficult times shipping companies have stayed and supported the society and economy of Cyprus,” he said.

The CSC was founded in January 1989 by 17 shipping company executives operating in Cyprus so that all shipping companies would be under an organisation and have “one voice.” It was known as the Cyprus Shipping Council which was renamed CSC in 2008, keeping the same functions. Today with more than 200 members, the Chamber consists of all the major ship-owning, ship-management, chartering and other shipping-related companies based in Cyprus.

Since its creation, the core objectives of the Chamber have been to promote the interests of the Cyprus shipping industry and to build the standing of the Cyprus Flag – an ongoing endeavour – as a reputable Registry. At the same time, the organisation acts as a lobbying group for the promotion and safeguarding of the legitimate interests of its member-companies both at a national and an international level. In terms of the services to its Members, the Chamber’s role has been to facilitate the smooth operation of the shipping companies in Cyprus with services ranging from advice and information on regulatory issues to taxation and day to day issues.

For 30 years, the Chamber has been the ambassador of Cyprus shipping, always having an input in policy decisions either by the Cyprus government or other internationally recognised shipping bodies and organisations. Today, it ranks as one of the largest national shipping associations in the world.

But the CSC does not rest on its laurels and Kazakos acknowledges there are still plenty of challenges to be met. There is the renewal of the specialised shipping taxation system at the end of 2019 and the faster implementation of national shipping policies, for which Kazakos said “the ministry is doing a very good job but we always ask and push for more.”

The Blue Growth project is a work in progress and promotes investment in training schools for the maritime sector, academic courses for shipping and education in general in which the Chamber is heavily involved. In addition to that is Blue Growth at large, for which the Chamber is working with the private and public sectors and academia on the Cyprus Foundation for the Sea (Cyfos) and will soon be operational.

Kazakos pointed out that “Cyfos is the brainchild of a few people from the industry who argued that there is a need for a coordinating body among the existing elements in the industry when it comes to innovation, the training syllabus and other issues and the Chamber is heavily engaged in this project as that is the future”.

The arrival of the Deputy Ministry for Shipping, which many thought would signal the side-lining of the CSC, has been a boost for the industry, said Kazakos, noting that the Chamber had long supported its creation.

“Leaving aside all the tangible results, it has had a positive effect as ship-owners, ship managers and everyone else involved in shipping in Cyprus now knows there is a government body that specifically deals with shipping-related issues,” he said. “It is more reassuring and encouraging for the whole industry.”

Complacency has no place in shipping as Kazakos was quick to point out. “Thirty years is just the beginning. Every organisation is as strong as its members and as such, I would like to personally thank all our member-companies, the board of directors and our business associates for being committed and trusting us to represent the shipping industry’s interests. They have been our biggest critics but at the same time our biggest supporters”.

As regards the future, although there is still work to be done, “we are definitely heading in the right direction, but what we need now is to work and cooperate even closer to achieve more and truly become one voice,” said Kazakos.

The Blue Growth project is a work in progress and promotes investment in training schools for the maritime sector, academic courses for shipping and education in general

Both sides waiting for UN secretary-general’s invitation for meeting