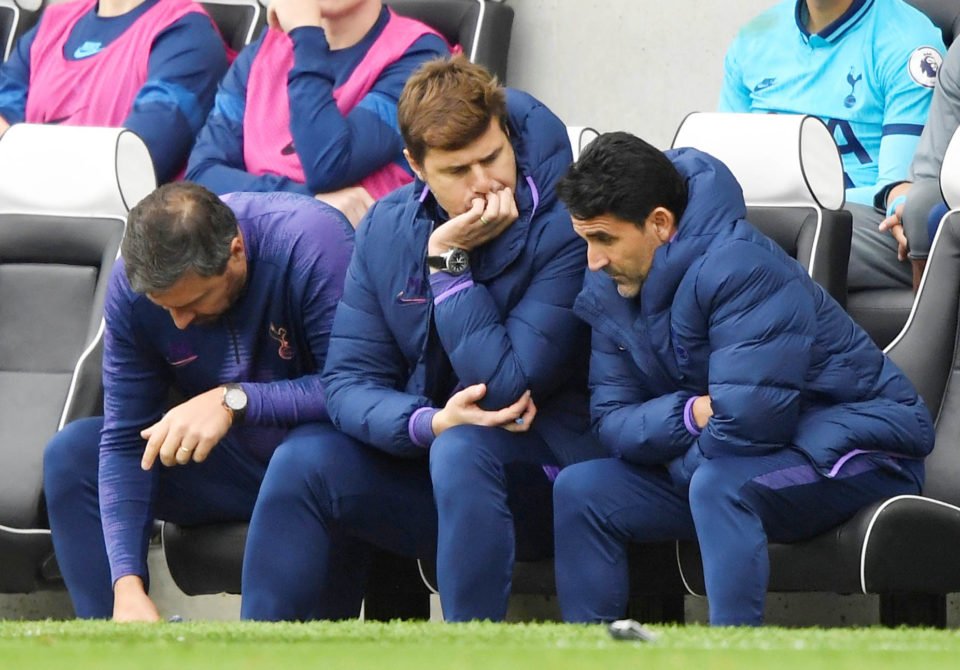 Tottenham manager Mauricio Pochettino needs to show the club he can take them to the next level despite the club lacking the same “chemistry” as in recent years, according to Arsene Wenger.

Pochettino is coming under increased scrutiny following a poor start to the season – magnified in the last week by a 7-2 Champions League mauling by Bayern Munich and a 3-0 Premier League loss at Brighton.

The 47-year-old took Spurs to the Champions League final last season before losing to Liverpool and has turned the club into a team which is consistently finishing in the top four.

But Pochettino is still yet to win a trophy in north London and is starting to feel the strain as talk of dressing room unrest also threatens to derail what has already been a shaky start.

Former Arsenal boss Wenger believes Pochettino must now demonstrate he is the man capable of taking Tottenham further as they seek success in their new stadium.

“I think he has done very well and everyone acknowledges this,” Wenger told beIN Sports.

“When he came to Tottenham he slowly built them up with a very good young generation and every year people want something more from you.

“I experienced that at Arsenal, we were 20 consecutive years in the top four but in the end it was not enough any more – today if you get in the Champions League people are very happy.

“That means that happens to Pochettino, when you are four or five years somewhere, no matter how good a job you have done, you have to show you can give people more and he is at that stage.”

Many could draw parallels between Tottenham’s current situation and a time during Wenger’s 22-year stint in charge of their local rivals.

Arsenal fell away from their title-challenging position following the relocation to the Emirates Stadium and the financial straits that entailed, with Spurs finally moving into their new home towards the end of last season.

But Wenger believes it is more about the players not clicking on the pitch in the same way he witnessed towards the end of his time at Arsenal, when Spurs surpassed his side.

“I would say they are a bit destabilised (by the stadium),” he said.

“But for me, when I played them two or three years ago they looked like a young, hungry team who had found a good strength, a good core of the team with people who were together, growing inside the club and expressed that hunger.

“Today, you don’t feel exactly the same chemistry and a player like Eriksen is a bit sidelined because he looks like he doesn’t want to commit for the future at the club.

“Your quality is always where you finish in the championship so the real trend is there, they knew and Pochettino knows – he said himself – something is not there at the moment and he will certainly rebuild that.

“I like him very much because he has always been quiet, respectful, motivated and worked very well and got a lot of recognition from his own players – that means he is a quality manager.”