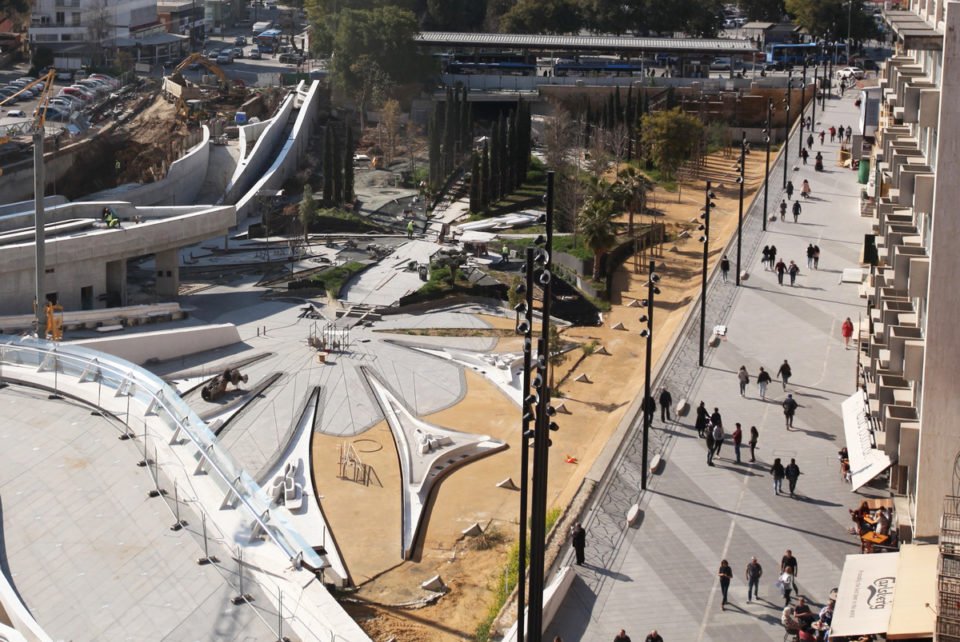 By Evie Andreou in Brussels

As long as the protracted Nicosia Eleftheria Square project is completed by 2023, funding from Brussels should remain secure, and even if this deadline is not met, another two-year extension might be possible but not with funding from the bloc however, an EU official has said.

The comment was made during a background briefing for journalists in the Belgian capital on the sidelines of the European Week of Regions and Cities, an annual four-day event taking place this week in Brussels where EU cities and regions showcase their capacity to create growth and jobs,  implement EU cohesion policy, and prove the importance of the local and regional level for good European governance.

The official, who spoke of several ongoing projects, said Cyprus was top of the list of EU countries as regards absorption of its share from the European Regional Development Fund (ERDF). But the island still needed to focus on its recycling programme, which is lagging compared with most EU member states, the official said.

According to the official, Cyprus ranks first among the EU countries as regards the absorption of funds from the ERDF for the programming period 2014-2020, but it needs to keep up that pace for the next programming period between 2021 and 2027.

The ERDF aims to reinforce economic, social and territorial cohesion by redressing the main regional imbalances in the EU through support for the development and structural adjustment of regional economies, including the conversion of declining industrial regions and regions lagging behind. Its investments focus on key priority areas such as innovation and research, the digital agenda, support for small and medium-sized enterprises (SMEs) and the low-carbon economy.

Among the projects funded through the ERDF are the redevelopment of the city of Paphos, Limassol’s coastal front and Nicosia’s Eleftheria Square. The official praised the work done in Paphos and Limassol as “outstanding” arguing that all EU regions need to employ resourcefulness in utilising EU funds for upgrading and redeveloping areas in need of a facelift.

As Cultural Capital of Europe in 2017, Paphos was able to carry out a total of 14 projects, seven of which were realised with EU funding.

Civil Engineer at Paphos Municipality Neophytos Zavrides presented those projects during a presentation titled ‘Paphos, before and after the 2017, the benefits of being Cultural Capital of Europe’.

The total cost of the projects carried out was €45 million with EU funding amounting to around €30m.

Works included the commercial centre of Paphos, the squares around the Town Hall, the Mouttallos area, the Municipal Market, Markideio Theater, Attiko Cinema, the Ibrahim Khan and extensive pavements.

As regards, the Eleftheria square redevelopment, which was launched in 2011 and was to be completed in 2013, the official said it is an “emblematic” project given that it was designed by an important architect such as the late Zaha Hadid. “Works on the project proceed,” the official said.

On the possibility of funding problems due to the delays, the official said that as long as the project is completed by 2023 which is the deadline for programmes scheduled for the 2014-2021 period, there will be no problem. But even if it is not completed by 2023, a two-year extension is possible but only national funds can be used during this period and not EU ones, he said.

Last month, the Nicosia municipality hit back at criticism that too many major roads in the capital including work on the Eleftheria Square were underway, arguing that this had largely to do with EU funding.

The municipality, citing inactivity for the past two decades as regards infrastructure upgrades, said there was a comprehensive strategic plan which must be implemented by 2023 under EU structural plans and that is why so many projects are running simultaneously.

As regards the next programming period, Cyprus will need to submit many projects on boosting green economy such as renewable energy and waste management since at least 30 per cent of the budget has been earmarked for such projects.

But one of the issues Cyprus is still lagging is recycling and waste management, the official said.

The focus must be on diminishing rubbish produced by households by effective recycling and reusing, he said.

On recent concerns by Cypriot MPs that while green spots collect bulky items, there are still no units to manage and repurpose some of the materials, he said that this could be due to that the volume of these materials is not enough to justify their export or the creation yet of units in Cyprus to repurpose them for their reuse.

He also said that burying rubbish is not the solution. The aim of the ‘reuse, reuse, recycle’ principle is properly managing rubbish so that very limited amounts end up buried, he said.

Beatboxing Championship on its way

70 historical images photos you must see