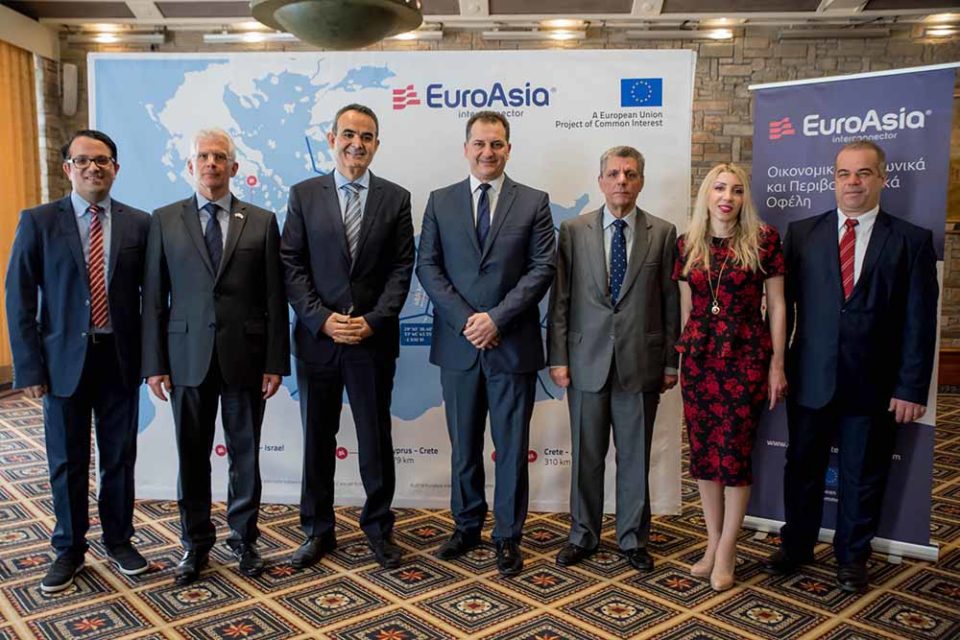 Cypriot officials and energy regulators were said to be in Athens on Tuesday in a last-ditch bid to ‘salvage’ the EuroAsia Interconnector, a planned subsea power cable linking the power grids of Greece, Cyprus and Israel.

According to sources familiar with the issue, the scramble was precipitated by a letter sent last Friday by the Greek government to the European Commission, in which Athens informed Brussels it was going it alone on the Crete-Attica section of the cable project.

Greece said it was declaring the Crete-Attica segment a ‘national project’.

The decision has thrown a spanner into the works of the EuroAsia Interconnector, initially envisaged as consisting of three connected segments: Israel to Cyprus, Cyprus to Crete, and Crete to Attica.

The €3.5 billion project as a whole was pitched as aiming to end Cyprus’ electricity isolation from the European continent, and thus became eligible for EU funding, pledged via the Connecting Europe Facility.

It’s understood the Crete-Attica segment would have been nearly 100 per cent funded by the EU, with the Crete-Cyprus stretch eligible for approximately 60 per cent EU financing.

Responding to Athens, the European Commission said that should Greece declare the Crete-Attica segment a national project, that segment would no longer qualify as an EU Project of Common Interest (PCI) and would thus be ineligible for EU finance.

The snag now owes to the fact that, under the road map, the Crete-Attica segment was due to be built first, with an estimated delivery date of late 2022.

Greece’s decision to go it alone on the Crete-Attica stretch would have two consequences: first, Greece would be initiating separate tenders from scratch for the contractors laying the cable; secondly, the use of different manufacturing standards means lack of interoperability (compatibility) among the three segments of the cable.

Bottom line: the project as a whole would be delayed.

It is not clear why Greece, which had previously been fully on board with the EuroAsia Interconnector, has decided to deviate.

The shift in policy occurred under the previous Greek government led by Alexis Tsipras.

It is speculated the wavering may be linked to the fact that Chinese investors currently hold a controlling stake in Greece’s transmission system operator, known by its initials ADMIE, which has been semi-privatised.

In August, an ADMIE subsidiary opened the first tender bids for the Attica-Crete section in defiance of European Commission warnings.

The move prompted the EU’s Directorate-General for Energy to formally caution the Greek government that if it insisted on building the Attica-Crete connection as a national project, the country could risk losing access to EU funds for trans-European infrastructure projects.

Our View: Greece takes responsible approach with toned down rhetoric