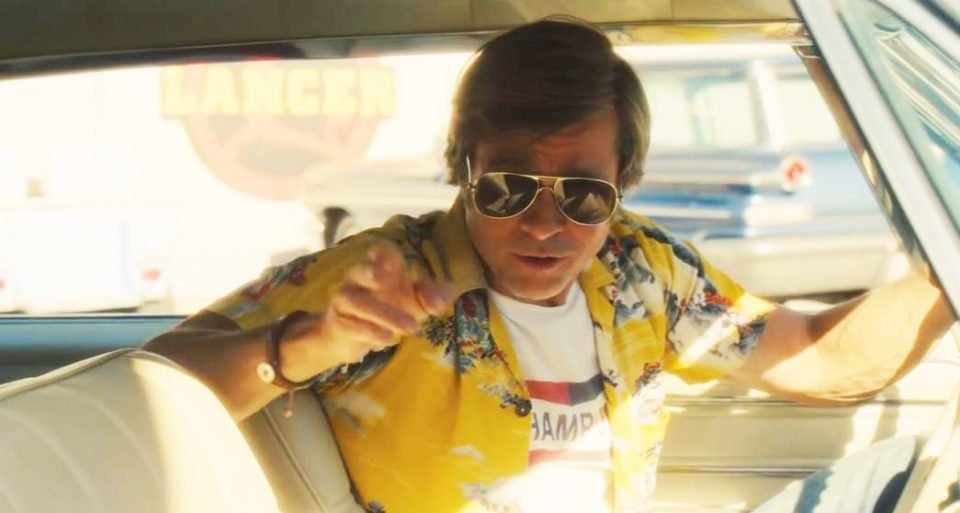 It’s barely even October, but already the usual Oscar prognosticators are coming out with their usual predictions; indeed, this might be the most exciting part of ‘Oscar season’, before the field narrows and the same few names start to get repeated ad nauseam. Since there isn’t much opening this week apart from Joker, here’s a potted version of where the Oscar race stands at the moment.

Joker itself is in the conversation, of course – but not, at the moment, as a favourite for Best Picture. (Joaquin Phoenix, on the other hand, has a decent shot at Best Actor, potentially following in the Oscar-winning footsteps of Heath Ledger in The Dark Knight.) Maybe the film is just too violent – though violence doesn’t seem to be a problem this year, given the two movies topping the list of Best Picture favourites (with almost identical odds) at goldderby.com: Martin Scorsese’s The Irishman and Quentin Tarantino’s Once Upon a Time in Hollywood.

Scorsese’s gangster epic, bringing together a top cast (Robert De Niro, Al Pacino, Joe Pesci, Harvey Keitel), a 206-minute running time and a $160 million budget – much of it going on hugely expensive ‘de-ageing’ effects – premiered at the New York film festival a week ago and instantly became a red-hot item, looking likely to bring the 76-year-old director his second Oscar (quite a feat, considering he didn’t win the first one till he was in his mid-60s). Tarantino’s film is well-known, of course, having already come out – and, though it’s not the kind of story that usually wins Oscars, any film with ‘Hollywood’ in the title (let alone such a loving nostalgia job) has an obvious advantage with the Academy.

It does seem odd that two such hard-edged, disturbing dramas should be neck-and-neck in the Oscar race; then again, even the feelgood movies are strange this year. The most reliable indicator for Oscar success may be the People’s Choice Award at the Toronto film festival in September, voted on by festival audiences: in the past 11 years, since Slumdog Millionaire in 2008, all but one of the People’s Choice winners have gone on to a Best Picture nomination, and four of them (including Slumdog) have won outright. This year’s winner, however, was Jojo Rabbit, a semi-comedy about a lonely German boy in WWII whose imaginary friend is… Adolf Hitler! Can such a film win the top Oscar in 2019, given all the cultural furore about Nazis? Or will that furore be precisely the reason why it wins?

Every Oscar race needs the really smart, somewhat highbrow movie that’s universally admired but stands almost no chance of winning. Recent examples include Phantom Thread in 2017 and Manchester By the Sea in 2016 (although Moonlight, which actually won in that year, also fits the template) – and this year’s dark horse is Marriage Story, a coruscating comedy-drama about a divorcing couple, written and directed by the reliably super-smart Noah Baumbach. Then again, the couple are played by Adam ‘Kylo Ren’ Driver (speaking of which, Star Wars: The Rise of Skywalker also comes out this year) and Scarlett ‘Black Widow’ Johansson – and the film was runner-up in the People’s Choice stakes at Toronto – so it’s not exactly some obscure arthouse piece. If it gets a vote from every Academy member who’s been through a marital break-up, it should win handily.

There are other, less likely contenders, like motor-racing true story Ford v. Ferrari – which has apparently been re-titled Le Mans ’66 for the European market (including Cyprus), an unusual move that doesn’t necessarily inspire confidence. But the real question mark comes in the end-of-year prestige titles (often referred to as, yes, ‘Oscar bait’), which of course nobody has seen yet.

The big one is 1917, aiming to do for the First World War what Saving Private Ryan did for the Second, viz. bring it to devastating life for a modern audience. I’m not too hopeful, both because the director is the overrated Sam Mendes (known for Bond films and the hollow, posturing American Beauty) and because we had They Shall Not Grow Old – the stock-footage miracle that really did bring WWI to life – just a few months ago. Still, Mendes’ film should be in the mix – as indeed should Little Women, yet another version of the Louisa May Alcott classic but coming from the team who made Lady Bird a couple of years ago, director Greta Gerwig and star Saoirse Ronan, plus a strong cast that also includes Emma Watson and Meryl Streep; a 21st-century, implicitly feminist approach goes without saying. Could the little women get between the two macho men at the head of the pack, and scoop Best Picture? Tune in on February 9 and find out.

Three suspects arrested in connection with drug dealing in Nicosia