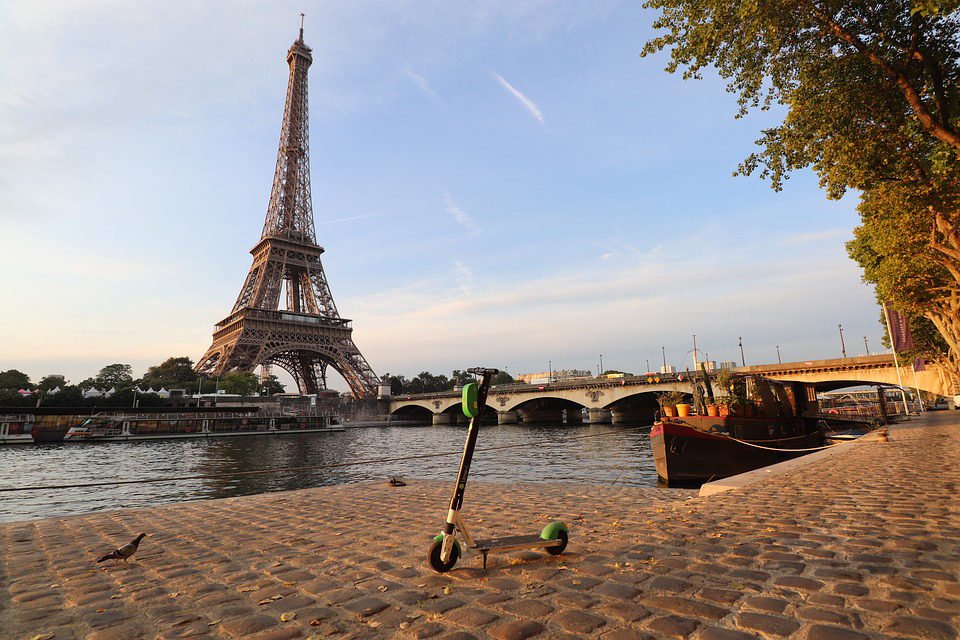 The writer was taught by her mother while growing up near the desert in California, to do what most of us who can’t afford an AC blowing raspberries at the sweltering air all day do – leave windows open in the cool of the night and close up and draw curtains as soon as the horizon starts to shimmer. She wrote in her article, ‘Walking around the city in daylight hours, one feels as if one is being irradiated. The heat magnifies bad odours. Paris is still beautiful, but the smell of urine and garbage can be overpowering.’

I told her some years back of the sewage pong that used to hover over Pallouriotissa and Kaimakli; she said it was like that when she lived in Lebanon. Back then, someone remarked to me that the reason for the foul vapours was due to our sewers having been laid by the Venetians. Joke? I wasn’t sure. So many theories abounded at that time as to the cause, backup of sewage at the border with the occupied north for one. There was much ripping up of roads and examinations as to cause, but still the stink of lavatory stew simmering below decks made the outer air fetid until eventually someone found what needed to be done and did it. Thankfully, this old area of town is now free of those unpleasant aromas wafting in with the morning breeze.

Marlowe also said that during one heat wave three-quarters of France were forced to impose water restrictions because a 20% drop in rainfall had created a drought. She mentioned that the electricity company stopped two nuclear power plants because the river water used as coolant was too hot. Here in Cyprus the death toll of elderly from heat is not comparable to that suffered in France during abnormal spikes. Our hideous heat waves last a long time, so perhaps we are more acclimatised. Rain seldom falls during summer except on the heights and the cold water taps on the central plain pour forth scalding water as water tanks are generally placed on rooftops. Happily, we don’t have to worry about keeping nuclear power on ice.

Humidity has greatly increased, though, and feels tropically messy. It has taken millennia for our planet to evolve and become the safe, wonderful habitat we used carelessly to enjoy before being seriously reminded of its fragility. The earth’s core, this space sphere’s furnace, needs no stoking from us. On our planet’s top and tail, frozen zones used to keep a keen, cooling balance like ice packs on a fevered body. Nature doesn’t need us, we all know that. If we as a species were extinguished, wild growth would just evolve over our traces and the meek, plant and tree life, would inherit our earth.

This is how it’s going to be from now on as climate mood swings have drastically and furiously increased. The unfortunate Bahamas took a monstrous hammering when the planet applied one of her modes of revenge for what we have inflicted on her by our callous lowering and puncturing of her defence shields. Now and then, as with human reflux, she belches back her contempt for the small nuisances crawling all over her skin in retaliation for a battle we have instigated through our taking for granted all that she has offered and abusing it.

Unfortunately, it’s not always the heavy offenders that suffer the full force of her wrath. Rich countries that have led the charge towards the destruction of our environment now expect the poorer countries not to ravage as they once did, even though previously it was all right for wealthy nations to rake in profit at the expense of someone else’s rights or lives.

In Cyprus water wasters act as though there were no tomorrow. Yet a hotter tomorrow in this region most likely will evolve with ensuing lack of rain, while ironically, melting ice will cause flooding of low lands elsewhere. And who would have imagined possible heat comparisons between Cyprus and faraway Paris. An Irish friend who attended a seminar in Monaco in July, sent me a postcard praising the ‘architecture and the layout’ but disliked the heat. Irish high summer is usually 25 to 27, so she was glad to get back to her cool little town that over years has drawn celebrities and writers to its calm beauty. Our torrid summer has thankfully waned but globally, the heat is still very much on.

Tusk in Nicosia on Friday, Turkish violations will be discussed

Opera on the big screen in Paphos