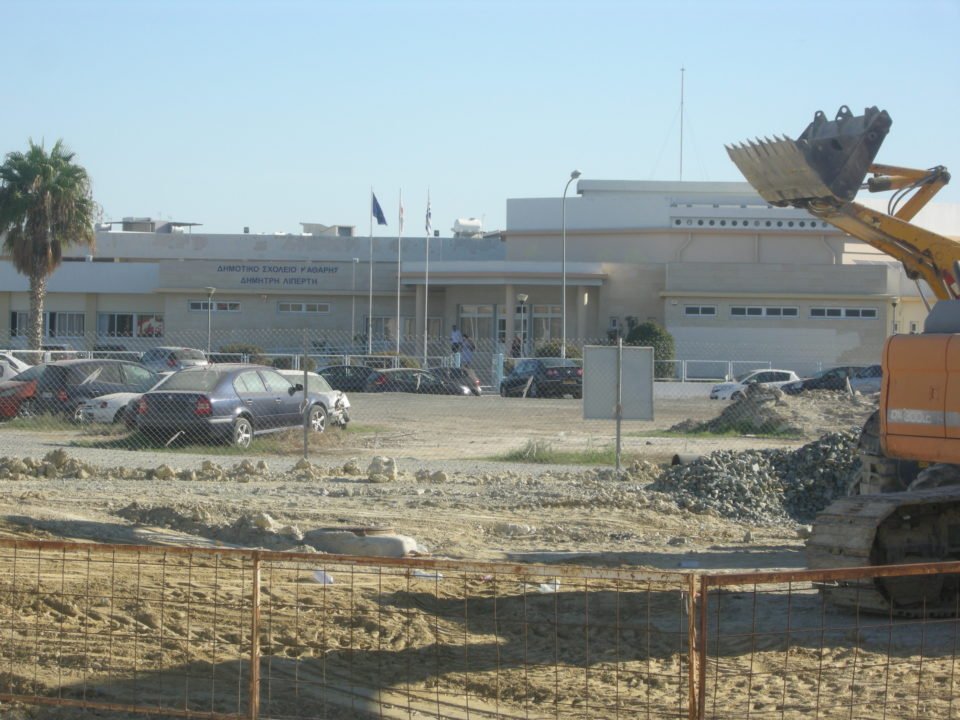 Site of one of two pumping station sin Larnaca

The budget for anti-flooding projects in Larnaca is around nine million euros, the president of Larnaca Sewerage Board (SAL) Andreas Vyras said on Thursday.

Vyras, who is also the mayor of Larnaca, met with the project manager and municipal advisers opposite Katharis primary school where one of the two pump stations is being constructed to discuss their progress. A presentation followed at the offices of SAL.

Larnaca has been struggling with flooding problems for many years, with a failed anti-flooding system constructed in 1960. Just last September the fire service received 200 calls for help from trapped motorists, and to bail out flooded homes and shops in just one day.

Along with the construction of the two pumping stations, Larnaca will implement other smaller projects that will help solve the problem.

“Their goal is to solve one of Larnaca’s major problems which affect residents’ quality of life, that is, how vulnerable we are to the floods and disasters from the rain that many areas of the city face almost every year.”

The plans for the projects have been ready since 2006 but were only finally approved in 2017. Construction finally started in March.

S8 pumping station will take about 12 to 18 months and will cost around €1.2m. The project is expected to be completed in early March 2020 and be able to deal with 4,700 cubic metres of rainwater per hour.

The construction of the much larger S9 pumping station will take a little longer and will cost around €6.9m. It will be able to deal with 42,000 cubic metres of rainwater per hour.

The mayor said that S9 station will be the largest in Cyprus and will cover the region of Mitropolis, Prodromou and Ayio Ioannis.

During its construction some antiquities were discovered which were taken by the Antiquities Department and slightly delayed the project.

Both pumping stations will pump the water into the elevated canal of the Department of Public Works below Spyrou Kyprianou Avenue.

The mayor added that while the municipality is doing the best it can to solve the flooding issue it is not liable for all areas.

“There are issues that we are not responsible for, such as the river crossing from Kosi, Kalo Horio and ending in Kamares. The district administration is responsible and is taking its own procedures,” he said.