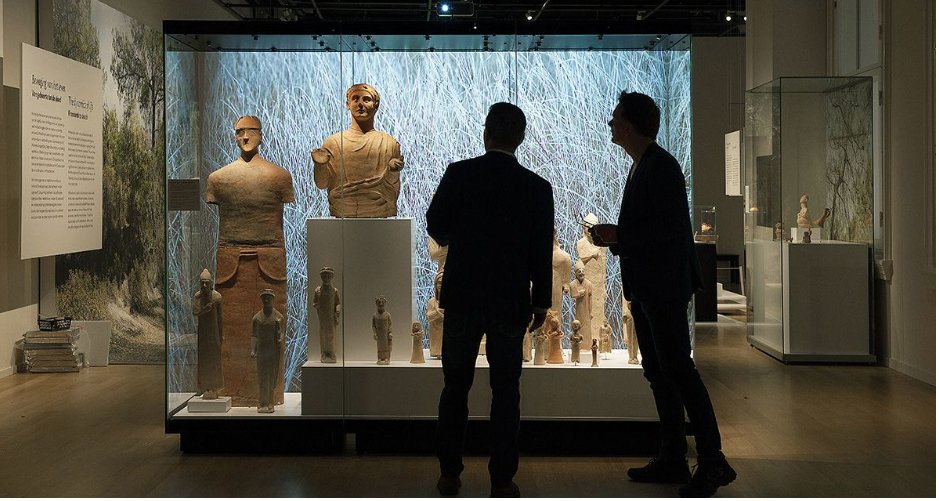 The first major exhibition centered on the archaeology of Cyprus to be shown in the Netherlands will open on Friday.

Titled: ‘A Dynamic Island’, the exhibition tells the story of an island with over 12,000 years of history and culture. The Rijksmuseum van Oudheden (RmO) in Leiden, the Dutch National Museum of Archaeology, is mounting the landmark exhibition.

“Cyprus was one of the most important hubs of ancient cultures in the Mediterranean. You can see approximately 400 objects, including 300 archaeological masterpieces from the national collections of Cyprus,” said organisers.

The exhibition will include a mini-exhibit of eight photographs taken at a dig site in Chlorakas in Paphos by American photographer and architect, Ian Cohn.

“Photos of the Chalcolithic period Chlorakas-Palloures dig, with which I’ve been associated over the past five years, will be hung in a gallery of its own and is featured on the museum website of the museum,” he said.

Around 5,000 years ago during the Chalcolithic period, farmers, hunters and fishermen lived in Chlorakas and built large, well-equipped roundhouses. They also buried some members of their community next to these houses.

The photographs taken by Cohn are ‘fly on the wall’ and were taken over a three-year period, 2015-2017. They show archaeologists engaged in all aspects of their work. They will be presented in large format prints, some measuring close to six feet in length, he said.

Cohn first came to Cyprus in 1972 to take photos of an archaeological dig taking place near Phlamoudhi, on the coast east of Kyrenia.

He ended up taking photographs of some 250 villagers and the pictures are the basis of his book, “The Faces of Phlamoudhi’ which he describes as a sort of family album for the Diaspora.

The museum notes that Cyprus was one of the most important hubs of ancient cultures in the Mediterranean, and around 400 objects, including 300 archaeological masterpieces from the national collections of Cyprus, will be on show.

The galleries will feature life-sized sculptures and portrait statues in marble and terracotta, imaginative pottery decorated with faces and animal figures, luxury imports from the ancient Near East and Egypt, large bronze cauldrons and weapons, colourful mosaics, gold jewellery, and a royal throne inlaid with silver.

The exhibition is in partnership with the Cyprus antiquities department, the Cyprus Museum in Nicosia, and with the support of the A.G. Leventis Foundation; the Embassy of the Republic of Cyprus in the Netherlands; Cyprus Ministry of Tourism; the Press and Information Office, the Prince Bernhard Culture Fund; Labrys Reizen; the Cultural Heritage Agency and the Society of Corporate Friends of the Dutch National Museum of Antiquities.

The Cyprus exhibition will run at the Dutch National Museum of Archaeology until 15 March, 2020.