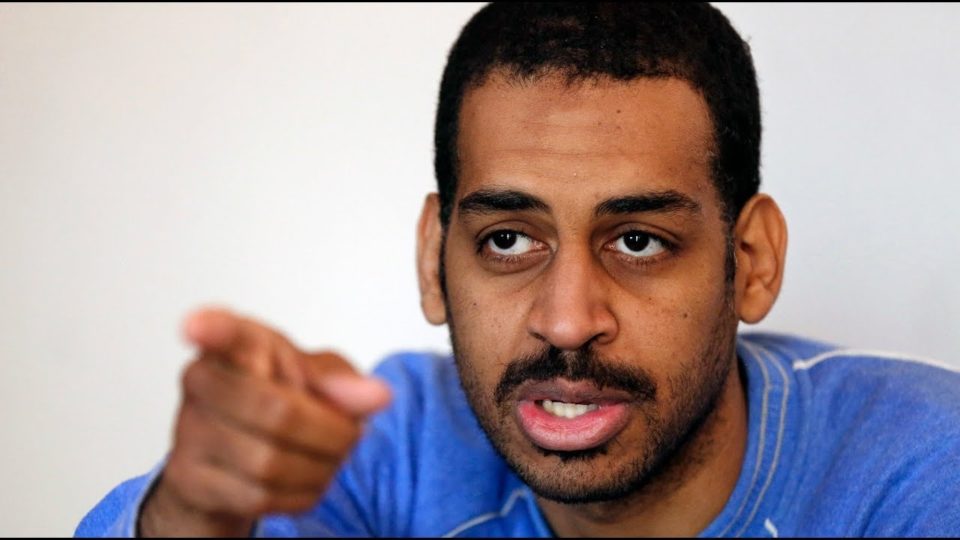 Two suspected Islamic State terrorists originally from Britain – dubbed The Beatles because of their accents – have been taken from Syria into American custody.

Alexanda Kotey and El Shafee Elsheikh, dubbed “the worst of the worst” by US President Donald Trump, have been moved by American security services to an “undisclosed location” amid fears that they could escape custody as Turkish troops invade the Syrian Kurdish-held region of north-eastern Syria.

Together, the cell beheaded seven American, British and Japanese journalists and aid workers, and a group of Syrian soldiers, in 2014 and 2015, boasting of the butchery in chilling propaganda videos released to the world.

British aid workers Alan Henning and David Haines were among those executed by the four-man cell, while other victims included US citizens James Foley, Steven Sotloff and Peter Kassig.

“We are taking some of the most dangerous Isis fighters out,” said Trump.

“We’ve taken them out, and we’re putting them in different locations where it’s secure.”

US officials confirmed this included Elsheikh, a mechanic from White City in west London, and Kotey, from Paddington, also in west London.

In a subsequent post on Twitter, Trump added: “In case the Kurds or Turkey lose control, the United States has already taken the 2 Isis militants tied to beheadings in Syria, known as the Beetles (sic), out of that country and into a secure location controlled by the US.

“They are the worst of the worst!”

The duo were raised in the UK but have since been stripped of their British citizenship.

They were captured by the Syrian Democratic Forces (SDF) in January 2018.

The Crown Prosecution Service has said there is “insufficient evidence” to prosecute them in the UK.

Emwazi – the supposed ringleader dubbed Jihadi John – was killed in a US air strike in 2015, while Davis was convicted of being a member of a terrorist organisation and jailed for seven-and-a-half years at a court in Silivri, Turkey, in 2017.

Kotey, a Muslim convert and a reported father-of-two, was previously described by neighbours in his former west London community as a quiet man who was dedicated to Queens Park Rangers football club.

But he reportedly became increasingly radicalised and was influential in encouraging young men to join Isis in Syria.

Raised a Greek Orthodox Christian – his mother is believed to have been Greek Cypriot and his father Ghanaian – he reportedly converted to Islam as a teenager.

He is said to have attended the Al-Manaar mosque in Notting Hill in west London along with Emwazi and Davis, before fleeing Britain 10 years ago.

Elsheikh is said to have come to the UK in 1993 after his family fled Sudan and claimed asylum.

His mother, Maha Elgizouli, later said her son was influenced by hate preacher Hani al-Sibai, and that the former fairground worker was “brainwashed” into becoming an extremist after going to sermons at local mosques for little more than two weeks.

His younger brother, Mahmoud Elsheikh, later followed him but was killed fighting for Isis in Iraq in 2015.

Earlier this year, Elgizouli brought a Supreme Court challenge against the decision of then-home secretary Sajid Javid to share evidence with American authorities without seeking assurances the men would not be executed if convicted in the US.

The court is expected to give its ruling at a later date.