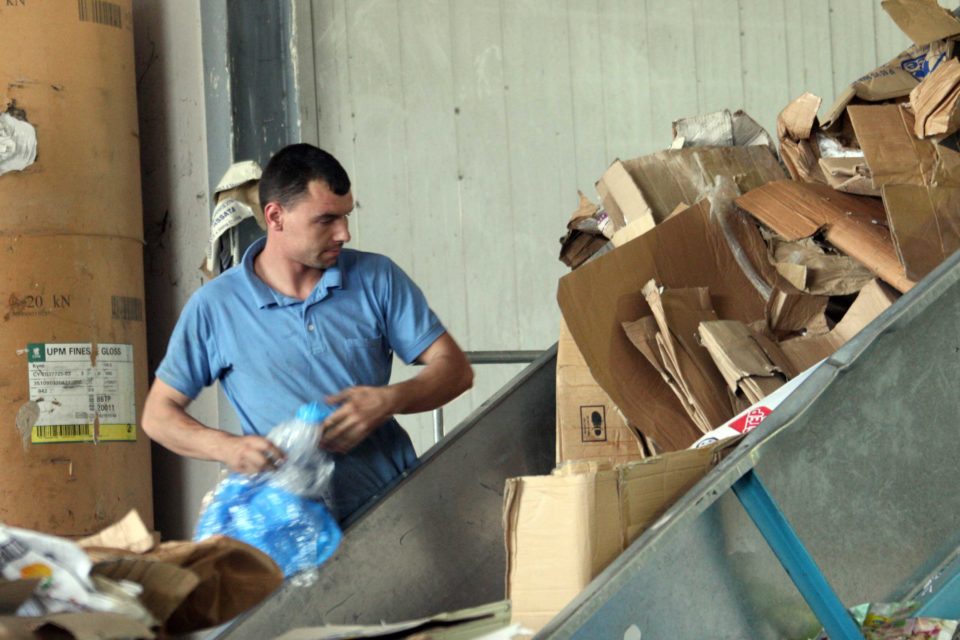 AGLANDJIA municipality will not be sending out rubbish bills as of next year, following a pilot ‘pay as you throw’ scheme it says will work out cheaper for consumers, Mayor Charalambos Petrides said on Thursday.

The pilot programme was carried out in the Katharis are of the municipality to separate trash and save money on disposal through recycling.

The current rubbish bill in Aglandjia is based on the rooms and the size of the house and not the number of people living there. Houses or apartments of two or three bedrooms are charged annually with €175 unless they belong to a block of flats with more than four floors and are then charged €165 for a three-bedroom apartment and €155 for a two-bedroom apartment. A small one-bedroom house annual fee is €100. Students’ residence is charged €70 while the refugee housing estate €120 per year.

“After the closing of Kotsiatis [landfill], citizens are being charged €40 per tonne instead of €4 euros per tonne they used to pay,” said Petrides.

He said the new scheme would be cost-effective for both the municipality and its residents.

“Recycling will be obligatory for all organic waste, which will be used for the creation of energy. Other materials will be separated by citizens to assigned rubbish bins. The rest of the household waste which is estimated to be only 10-15 per cent will be disposed of in specific bags assigned by the municipality and people will ‘pay as they throw,” the mayor told Politis Radio.

Barcoded bins will be assigned according to addresses to track the extent of disposal and residents will be required to purchase specific bags from the supermarkets, which will carry the municipality’s logo.  The price of the bags has not been fixed yet. Profits will go back to Aglandjia and no bills will be sent out.

“This is a big environmental project and we need the collaboration and help of all residents. Those following the procedure properly will be rewarded,” Petrides added.

An advertising campaign is expected to launch shortly to inform residents using the slogan “I recycle, I don’t pay” and “I separate, I gain”.

With regard to bigger items, the mayor disclosed that many people living in Aglandjia dispose of their unwanted items in inappropriate places around the municipality.

“People have the nerve to throw out of their houses or in a nearby plot anything they do not want, or trimmings. This situation does not honour us. Officials pick up furniture from the streets and a few hours later people throw more items at the same spot,” said the mayor.

“I am aware that only one green point in Strovolos is not sufficient for the whole Nicosia but it is a start. Discussions have started to open a green point near the cemetery in Aglandjia,” he added.

An alternative solution was also given by the mayor suggesting the municipality could charge a small fee to pick up old or unwanted items or at least provide phone numbers of pick-up trucks residents could contact to arrange their transfer to green points in case they cannot take them on their own.

“We cannot be everywhere 24/7 we need the help of the citizens. There are just 23 people working in the municipality and three of them are about to retire. Residents can send us pictures showing abandoned items or tell us who illegally dumped them anonymously,” he added.

Our View: Trump’s opened door for Turkey’s invasion of Syria