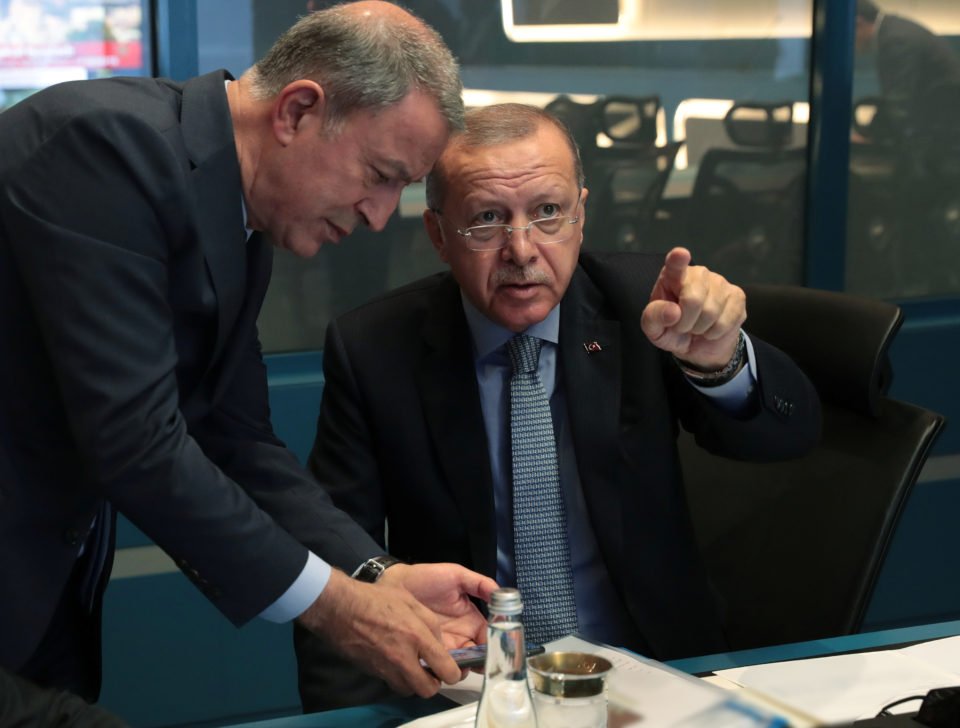 EU governments threatened sanctions against Turkey on Friday over its offensive in Syria, angrily rejecting President Tayyip Erdogan’s warning that he would “open the gates” and send 3.6 million refugees to Europe if they did not back him.

Turkey has stepped up its air and artillery strikes on Kurdish militia in northeast Syria, escalating an offensive that has drawn warnings of a humanitarian disaster and also raised the prospect of new US sanctions on Ankara.

The European Union, which Turkey still formally aspires to join despite its growing criticism of Ankara’s human rights record, had already condemned the Turkish offensive but has been infuriated by Erdogan’s threats to send refugees to Europe.

“We will never accept that refugees are weaponised and used to blackmail us,” European Council President Donald Tusk, who chairs EU summits, said on Twitter. “President Erdogan’s threats … are totally out of place.”

Further piling pressure on Ankara ahead of an EU foreign ministers’ meeting on Monday and a summit of EU leaders on Thursday, Cyprus and Greece urged economic sanctions against Turkey over Turkish gas drilling in waters off southern Cyprus.

A senior EU official said the European Union was spending €6bn on supporting the Syrian refugees currently living in camps inside Turkey, adding that “to use this as leverage is totally unacceptable”.

Ankara says the aim of its assault in Syria is to defeat the Kurdish YPG militia, which it sees as linked to militant Kurdish separatists in Turkey. It says it wants to create a “safe zone” to return millions of refugees to Syrian soil and that Europe should pay for it, a plan the EU has rejected outright.

The YPG is the main fighting element of the Syrian Democratic Forces (SDF), the principal ally of the United States in Syria against Islamic State. US Republican lawmakers have joined their Democrat opponents in criticising President Donald Trump’s decision to pull US troops from the region and are now discussing sanctions against Turkey over its offensive.

Brussels relies on Ankara to curb the arrival of refugees into Europe following a 2016 agreement to seal off the Aegean sea route after more than 1 million people entered the bloc.

“We will not remain powerless when faced with a situation that is shocking for civilians, the SDF and the stability of the region,” Amelie de Montchalin told France Inter, adding that the possibility of sanctions was “on the table”.

So far, EU discussions of sanctions on Turkey have focused on Turkish oil and gas drilling off Cyprus and on the targeting of specific individuals and companies.

But a French diplomatic source said Europe would look “absurd” if the option of sanctions over Ankara’s offensive was not discussed. The source said EU foreign ministers would discuss the issue at their meeting in Luxembourg on Monday.

“We can’t just limit it (the sanctions talk) to drilling. and there are similarities on both issues,” the source added.

That could lay the ground for EU leaders to weigh sanctions and possibly impose them, although any decision needs consensus and EU diplomats cautioned that many governments were wary of further angering Erdogan, given Turkey’s size and importance.

Hungary, which has refused to take in people fleeing Syria‘s eight-year civil war, is against sanctions and blocked an EU statement on Wednesday criticising Turkey, two diplomats said.