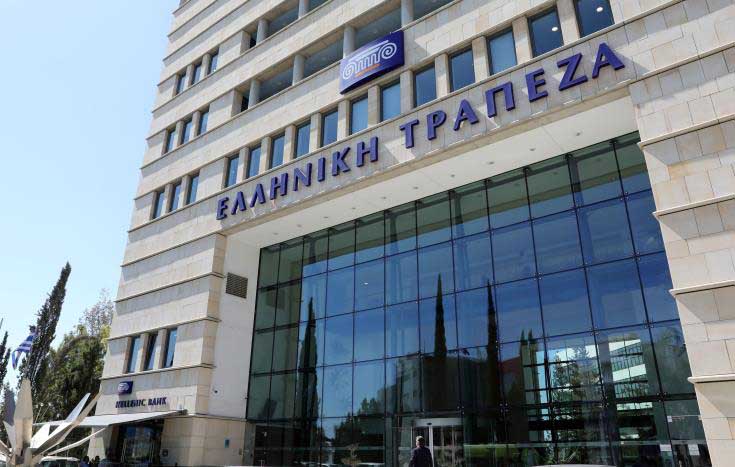 A 24-hour strike over a pay dispute was damaging for the staff itself, Hellenic Bank said on Friday, as their union expressed satisfaction over the participation despite the refusal of some 600 workers to join the action.

The management reiterated that it has granted higher pay increases than those demanded by Etyk, in a fairer way, and has also established a minimum wage of €1,300.

“Despite Etyk’s appeal, some 600 people have come to work,” a Hellenic statement said.

“Apart from the branch network, the bank’s other departments are operating normally.”

The management urged Etyk to enter negotiations responsibly and in a positive spirit, that would ultimately be to the benefit of staff and the lender’s customers.

In a statement of its own, Etyk hailed the satisfactory participation in the strike, despite what it called pressure from the management.

“Colleagues gave a resounding message regarding the unacceptable (and) arbitrary decisions of the management,” Etyk said.

However, the union said, seasonal workers had been forced to show up to work under the threat that it would affect their feature at the bank.

“Wanting to help the smooth incorporation of the co-op bank by Hellenic, Etyk allowed the recruitment of the seasonal workers and instead of the management appreciating this understanding, in the end it exploited them by putting before them the dilemma of becoming permanent,” the union said.

“Instead of welcoming these pay rises, Etyk revolted,” the sources said.

“The bank’s management sought to break the cycle and, instead of giving horizontal raises, a practice which Etyk has been demanding for the past 50 years, considered it fairer to correct payroll discrepancies, rewarding the best and increasing the salaries of low-wage employees.”

The new scheme, they added, was fairer and more equitable and would enhance the productivity of certain employees.

“They say that, when you make a mistake more than once, it’s not a mistake but a choice. The thing about Cyprus is that we forget easily,” the sources added. “Thus, mistakes are repeated, and we seem to seek our self-destruction. That’s pretty much how we quickly and frivolously forgot everything that led up to the chaos of 2013.”

No one, the sources said expected the employees themselves to go on strike after hearing about the pay raises. “And yet, the insatiable trade unions in Cyprus have done it again…”

The sources said Hellenic has been calling unionists to the table for months, but no dialogue has yet taken place on the renewal of the collective agreement for the entire staff. Following the union’s refusal to talk, the bank announced pay raises “so that employees do not become victims until negotiations are complete”.

“How much ink has been spilled seeking a more equitable payroll in the public sector? How many articles have been published on the tragic mistakes made in the banking sector prior to 2013? Instead of applauding any effort made to correct and to change, why do we choose to undermine it?” the sources added.

They said the bank’s employees themselves have been asking for “a fairer method of remuneration and recognition” for years and were happy with the pay rises.  “So, the question in everyone’s mind is “why the strike?”

According to the sources, Etyk was attempting to intimidate employees into going on strike, “choosing an extremely perilous and harmful path for the bank, its customers, and the country’s economy”.

“What’s it all about? Returning to the conditions of 2013? Making the same mistakes? Not developing as an economy? As a society? If that is what Εtyk desires, we don’t think society will agree with it. We hope bank employees won’t, either,” the sources added.