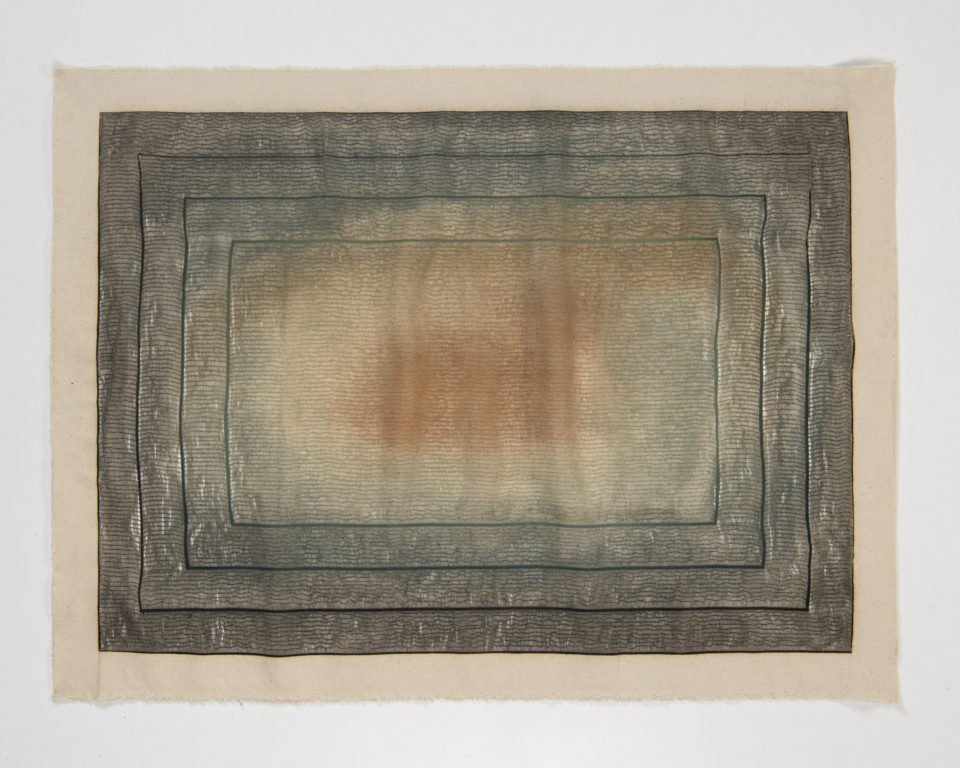 Painting beyond the image is the title of Panayiotis Doukanaris’ first solo exhibition opening in Nicosia next week, presenting the artist’s new series of works, all of them creations and the result of an invitation by Art Seen’s curator and founder Maria Stathi.

The exhibition comments on, investigates and expands the limits of what we consider today as ‘(the art of) painting’.

Workaholic, restless, obsessive with his work; the process of creation is for Doukanaris laborious, mentally and physically.

Tirelessly, compulsively, persistently, for the last three years the artist has been working on the method he uses in this new series of works.

The viewer may interpret the work as the artist’s ‘final act’. As expected, from there onward, the work’s meaning is ‘weaved’ by the viewer. In this way, it is the final act of a long performance that gradually unfolds and unravels, like the numerous threads that make up the artworks. From the artist’s imagination to the artist’s studio as sketches, in the gallery as art products, the artist’s end product, and an idea in shape. ‘Beyond the image’, the art of painting as an expressive tool exists in spaces in between, in spaces that communicate, and in this way are transparent, and interconnected.

“I have created a vocabulary,” says the artist. He has weaved a language on canvas. He has arranged his thoughts, by hue, by shape (some artworks have geometrical shapes, others are shapeless, amorphous). The artworks that are hanging on the walls may also be seen as sculptural works; because they are ‘agile’ and ‘malleable, ‘receptive’ as they react easily to external stimuli, such as air and light. This living language is constantly enriched, developing, changing.

Doukanaris calls his artworks a ‘diary’. A diary where the artist’s present is recorded, a diary that is then read by the viewer when this gets ‘published,’ when it ‘goes public’ in the context of the current exhibition. And so the exhibition Painting Beyond the Image: Transparency and the Space in Between may be seen as an opportunity, or as an invitation, or even as a challenge (or as all the above), for the viewer to learn the language of the artist’s ‘diary’.

Painting Beyond the Image