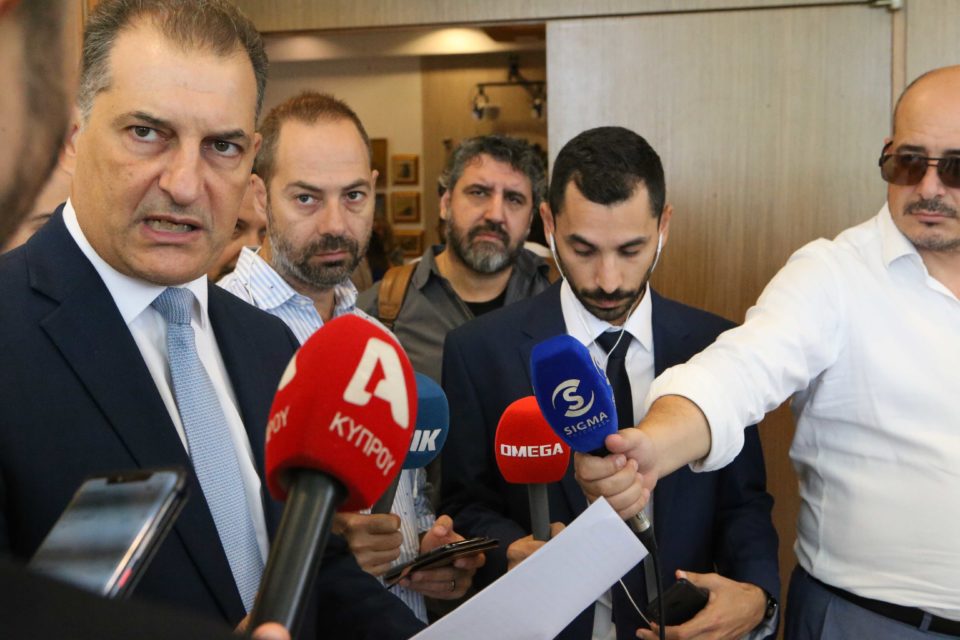 Energy Minister Giorgos Lakkotrypis said on Friday that discussions were ongoing with Greece on the EuroAsia Interconnector even though Athens has decided to ‘go it alone’ on its end of the electricity project.

Lakkotrypis was asked to comment on statements by Greek Minister of Environment and Energy Kostis Hatzidakis who expressed Athens’s political will to support Cyprus on the construction of the Crete-Cyprus and the Cyprus-Israel electricity end of the project.

The scramble is being precipitated by a letter sent last week by the Greek government to the European Commission, in which Athens informed Brussels it was going it alone on the Crete-Attica section of the cable project.

Greece said it was declaring the Crete-Attica segment a ‘national project’.

The decision has thrown a spanner into the works of the EuroAsia Interconnector, initially envisaged as consisting of three connected segments: Israel to Cyprus, Cyprus to Crete, and Crete to Attica.

The €3.5 billion project as a whole was pitched as aiming to end Cyprus’ electricity isolation from the European continent, and thus became eligible for EU funding, pledged via the Connecting Europe Facility.

It’s understood the Crete-Attica segment would have been nearly 100 per cent funded by the EU, with the Crete-Cyprus stretch eligible for approximately 60 per cent EU financing.

Responding to Athens, the European Commission said that should Greece declare the Crete-Attica segment a national project, that segment would no longer qualify as an EU Project of Common Interest (PCI) and would thus be ineligible for EU finance.

The snag now owes to the fact that, under the road map, the Crete-Attica segment was due to be built first, with an estimated delivery date of late 2022.

Lakkotrypis said as the Greek side was insisting on its stance, “our priorities were firstly to maintain the part of Israel to Cyprus and Cyprus to Crete as an EU joint interest project, that is to say that it can be funded, something which we achieved with the most recent list and secondly, it is equally important to guarantee the inter-operability of the two cables.”
He said what this means is ensuring the cables are compatible and said that technical discussions were ongoing with the Greek side “to achieve just that.”

“Greece will provide strong political support to Cyprus for the project of its electricity interconnection with Crete and Israel and for their maintenance in the list of the European funded Projects of Common Interest,” Hatzidakis said.

Asked why the Greek government decided to construct the Crete-Attica connection as a national project, Hatzidakis said: “Greece had to take a difficult decision, given that there is a particular need for the long-term efficiency of Crete’s energy supply, in a cost-efficient manner”.