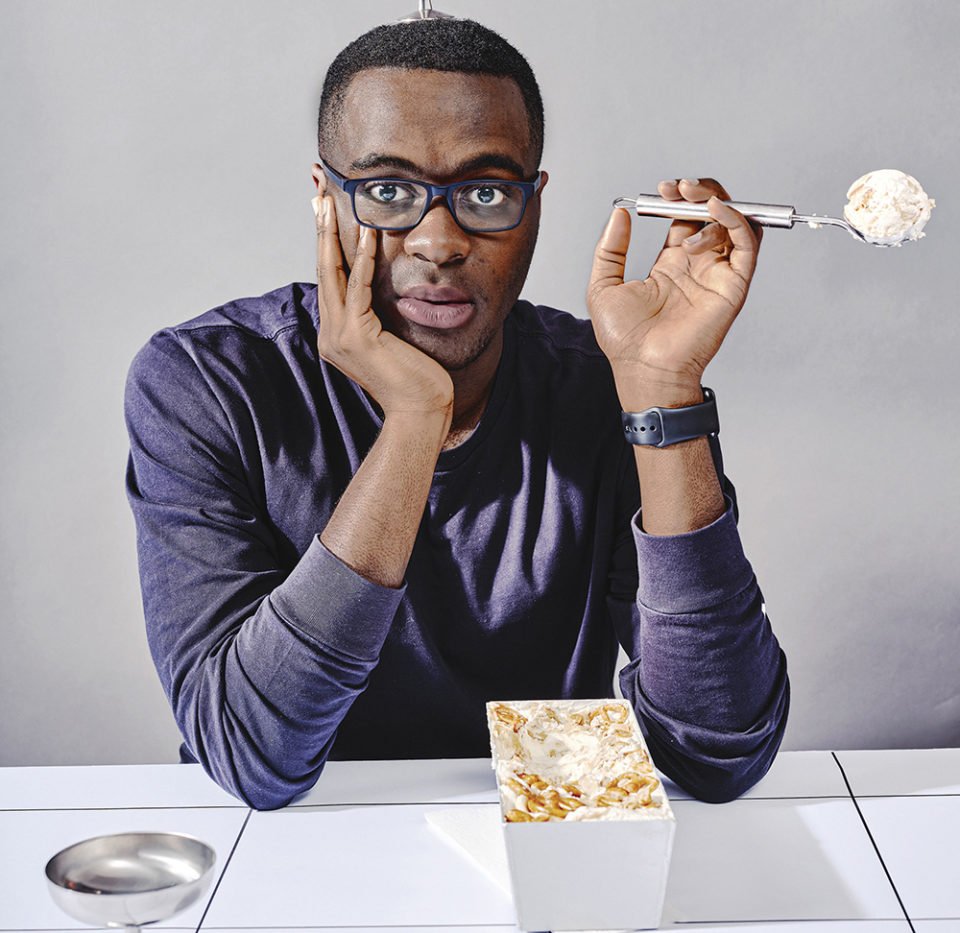 Almost no graduates land a glittering dream career straight out of university, and Liam Charles can’t quite believe his luck.

But it probably comes as no surprise to many others. The Great British Bake Off quarter-finalist – smiley, humble and a natural in front of the camera – instantly won hearts on the show in 2017, and at just 19 was one of the youngest contestants the series had ever seen.

The former drama student only graduated from Goldsmiths University last December, yet he’s had more TV work since Bake Off than many of the show’s winners – being a judge on Bake Off: The Professionals two years running (“insane”) and Junior Bake Off this year, as well as hosting his own six-part series Liam Bakes, last year. Now, he’s published his second cookbook – Second Helpings.

“Combining food, which I love, and performing and presenting myself to people, that’s another love, and being able to combine that straight off the back of uni is probably one of the best things,” the London-born foodie adds.

Publishing cookbooks is a bonus – and while most will know Charles for sweet treats, his new offering is split down the middle: 50% savoury, 50% sweet. “It’s pretty much a reflection of how I eat on a daily basis,” he says. “I thought It was about time I showed some people I’m not just a baker.”

So Second Helpings is packed with comfort food, generous sharing meals, lighter salads, soups and juices and, of course, loads of pudding – yet almost always with a creative twist.

After starting to bake at 16, he hosted some sell-out cake sales in sixth form college, where he made five different types of cupcakes, two different types of cheesecakes, blueberry and apple crumble muffins. “People asked, ‘Who made these?’, and they all pointed at me and they thought it was absolute b******s!” he recalls. “But I think I found myself at a young age. I knew what I wanted to do.”

That reaction of surprise, that a teenage boy would want to spend his spare time whipping up cake batter and delicately decorating biscuits, is something he wants to see shift.

“No, it’s not. For me, being 22 now, being black, and because from a certain background – if you mix that with baking it’s like, woah! Depending on where you come from, you might get, ‘That’s a bit weird’.”

He says the variety of people on Bake Off has helped changed perceptions about the type of people who bake. But, as he’s discovered, being a somewhat public figure means everyone has an opinion – no matter how nice you come across on TV.

“Honestly, it did fully [get to me]. I had these weird moments with my mum when I was saying, ‘Am I actually good enough to do this stuff?’ But it’s always good to talk to other people about how you’re feeling, and it’s easier said than done, but to ultimately get over your stresses and insecurities you have to find it in yourself. If you’re self-motivated. no one can tell you anything.”

Second Helpings: 70 Wicked Recipes That Will Leave You Wanting More by Liam Charles is out now

Grated zest of 4 limes and juice of 3

Melt the white chocolate in a heatproof bowl over a pan of barely simmering water (making sure the bottom of the bowl doesn’t touch the water) or in a microwave in 20-second bursts. Let it cool.

Whisk the double cream and condensed milk in a bowl until the mixture forms soft peaks. Fold through the melted chocolate, the lime zest and lime juice gently with a metal spoon until well combined.

Pour half of the cream mixture into a loaf tin and dot half of the lime curd on top. Using a skewer or spoon, swirl the curd through the cream so it is rippled with streaks of curd, then sprinkle half the crushed ginger biscuits over the mixture. Top with the remaining cream mixture, ripple through the remaining curd, then top with the rest of the crushed ginger biscuits.

Cover with cling film and freeze for at least seven hours, or ideally overnight.

Once you’re ready to serve, place the roughly broken ginger biscuits on top, squiggle with melted white chocolate and sprinkle over the lime zest.

This season’s sexiest trend is all about showing some décolletage