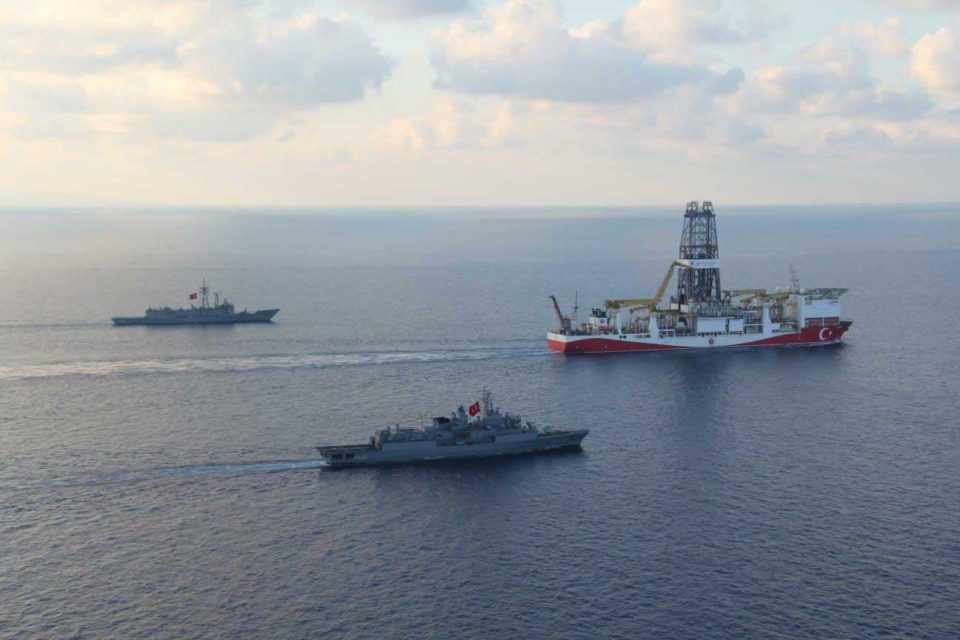 DURING this week I participated in three important conferences in London, which covered global gas and LNG developments and markets, including developments around the East Med. The key conference was Oil & Money, addressed by the CEOs of Shell, BP, Total, Saudi Aramco, ADNOC, Qatar Petroleum and the Secretary-General of OPEC.

Bob Dudley, CEO BP, summed up the challenges and opportunities facing natural gas. He said that gas can play a vital role in the transition towards cleaner energy, helping to meet energy demand, but it will need to be decarbonised. However, he also warned that “one of my concerns is that gas is being increasingly marginalised, even vilified, and demonized.”

While gas is cleaner than oil and coal, it is still a fossil fuel and is coming under attack from environmentalists who are calling for a rapid shift to renewable energy to prevent global warming. If the oil and gas industry does not propose and support solutions to climate change, the climate activists will dictate the policies of the future.

Ursula von der Leyen, the new president-elect of European Commission (EC), has committed to a Green Deal for Europe and net-zero carbon emissions by 2050. But the EC will also be setting a tougher target for 2030 – a 50-55 per cent reduction in carbon emissions – which will have an immediate impact on industry and gas demand beyond 2030.

And if East Med expects its gas to get preferential treatment, this was dispelled. The EC supports flexible, competitive, gas/LNG supplies, not specific sources or countries – it leaves it to the market to decide where the gas comes from.

The main competition to gas in Europe beyond 2030 will be from decarbonised gasses – biogas, biomethane, hydrogen – not just wind and solar. Natural gas must decarbonise to compete.

The impact of climate change in energy transition is underestimated. Popular reaction will affect the speed, causing immense disruption. The gas industry understands that. The concern at the conferences was that “if we do not respond to climate change the world will leapfrog to renewables and clean energy and leave us behind.”

Patrick Pouyanne, CEO of Total, also warned that energy markets are changing fast. “We must adapt, and will. We will not become dinosaurs. There is huge investor pressure to address climate change. We are investing in clean energy and renewables.”

Gas has a future but must cut costs. LNG must become cheaper and cleaner.

Natural gas will lose its natural place in energy markets if prices go back high and methane emissions are not tackled. The message was that gas must remain cheap, affordable, if it is to have a long-term future. Priority is being given to producing big, easy to get, gas-fields with low production costs.

There was doom and gloom on the state of global gas prices due to LNG oversupply and demand not growing fast enough to absorb it. Projections by the Oxford Institute of Energy Studies showed with current and new LNG project commitments this oversupply and low prices are expected to continue into the late 2020s.

In Cyprus, the furore is about Claudio Descalzi’s, Eni CEO statement that “If warships show up I will not be doing any drilling,” adding “certainly I don’t want to cause wars to break out.” Later at a meeting with the Energy Minister, Giorgos Lakkotrypis, Eni clarified that it still intends to carry on with the agreed drilling programme, even though this is already delayed from the original plan to start in 2019.

Both statements are correct. Eni will carry on with drilling, as required by its contractual commitments. But if warships show up, its drilling rigs will not confront them – and ‘force-majeure’ will cover them contractually.

Confronting the warships is not the job of oil and gas companies. Their top-most priority is the safety of their personnel and their contractors. The obligation to provide the conditions required for drilling to proceed safely and without any undue risks lies with the government of Cyprus, as the licensor. Understandably this is a challenge – Cyprus in not in a position to confront Turkey.

So, if this is not possible and Turkish warships intervene, drilling will be delayed. This is gunboat diplomacy that will not resolve the problems – only negotiations can.

However, in all likelihood, any intervention by Turkish warships may be confined to areas disputed by Turkey and the Turkish Cypriots. This should not affect drilling in other areas, including blocks 10 and 11 and likely appraisal drilling at Calypso and Aphrodite.

Cyprus is receiving strong political and diplomatic support, with the EU, the US and the UK asking Turkey to cease activities in Cyprus EEZ. Unfortunately, these are not having any impact on Turkey. It has responded by making it clear that it will not back down and it will carry on drilling. Right now, there is no deterrence.

In Syria, so far, Erdogan has been using his direct line to Trump as licence to operate with impunity. He has also been very careful to develop and maintain a close relationship with Putin and not to do anything that would incur Russia’s wrath. And in the process, he is not paying any attention to the EU, He is using the 3.5-million migrant and refugee card to neuter the EU’s response to its actions in Syria and Cyprus.

The threat of 3.5 million migrants and refugees flooding Europe is rendering the EU powerless in terms of taking any meaningful actions to deter Turkish aggressiveness around the East Med region. The EC confines itself to strong, critical, and supportive statements, but as these are not accompanied by any serious measures, they are ineffective. Turkey knows that and ignores them. It has also learned, by testing international community reactions to its aggression, that it can ignore these at very limited cost.

As a result, it feels free to pursue its aggressive aims in the region with impunity. In effect, there are no checks and balances that in the past acted as a restraint. Right now, there are no restraints. If no effective action is taken, it does not bode well for the region. Turkey feels emboldened and free to use its might to enforce its will. Without negotiations restarting on the Cyprus problem, Turkey will carry on.