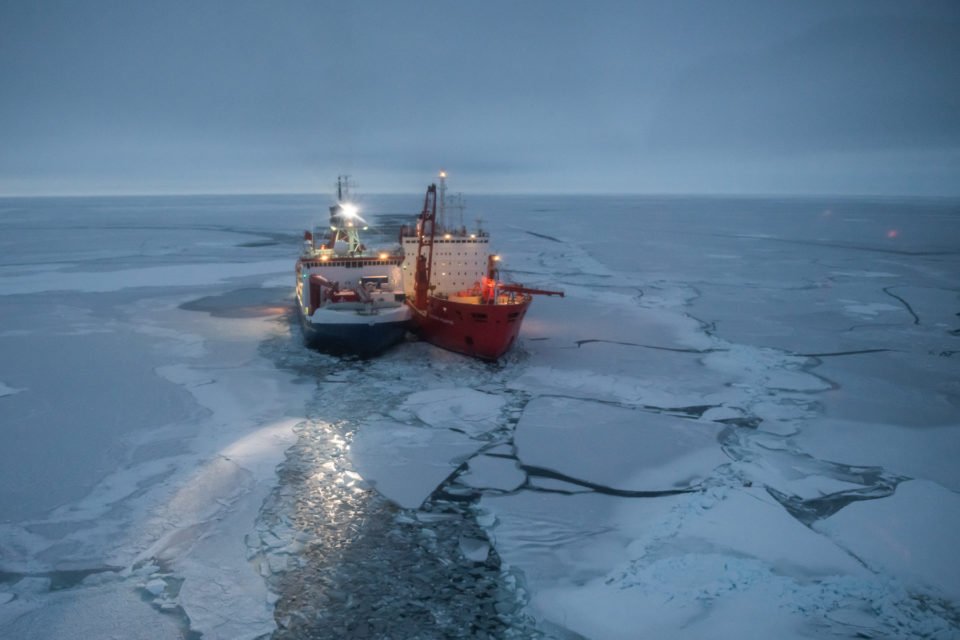 There is convincing evidence that the loss of ice is rapidly increasing due to a warming Arctic from global warming and associated climate change.

In reply to DA of Larnaca (Who are the real deniers in the climate non-debate?, Sunday Mail, October 6), I will not dwell on what is essentially an ad hominem attack pandering to conspiracy theories of the sort typical of the denialists, who cannot accept the abilities of a person on the autistic spectrum to understand and address the issue, which is that the issues are NOT being addressed by politicians.

It is however typical of the deniers to use emotive language to demonise those who accept the well tested and currently accepted theorem derived from the scientific process  of human induced climate change, where the real conspiracy is how oil companies knew from their own researches in the 1970s and 1980s that human induced climate change driven by human produced greenhouse gasses was real, something they then sought to conceal and started misinformation campaigns to win the popular debate, not the scientific debate.

The scientific argument was effectively conceded by many of the biggest oil companies in a California court case in 2018. (see Case 3:17-cv-06011-WHA, City of Oakland, et al v. BP Plc., et al.) The case was dismissed but that was on legal grounds concerning whether that court was the proper venue, not because of any legal finding about the science, which the judge upheld and in particular where the scientific argument had been conceded by the oil companies.

As it is, research shows that carbon taxes effectively reduce greenhouse gas emissions, and there is overwhelming agreement among economists that carbon taxes are the most efficient and effective way to curb climate change, with the least adverse effects on the economy.

On the point about the link between global warming and CO2, here DA becomes unscientific.

Joseph Fourier established in 1821 that on the basis of the radiation coming from the sun, without other effects, the Earth would have an average global temperature of about minus 15C rather than about the current plus 15C, ie a 30C difference.

I wonder if DA can explain what it is that gives us such an average global temperature of about plus 15C (and rising) rather than minus 15C?

However, since 1821 many repeatable experiments, starting with the work of Eunice Newton Foote and John Tyndall in the mid-19th century and including but not finishing with the experiments of Svante August Arrhenius in 1898 have confirmed the link between CO2 and the average global temperature and the consequent warming if CO2 levels increase.

The comment on lag between temperature and CO2 is simplistic: it has in fact been shown there is a positive feed-back loop where heating (which may arise from a number of reasons) leads to release of CO2 from the oceans and that in turn causes more warming. There is a very good article in New Scientist, “Climate myths: Ice cores show CO2 increases lag behind temperature rises, disproving the link to global warming” which discusses this in simple terms.

As to Knut Angstrom, mentioned by DA, there is a very good reason you do not read about his work. That is because Angstrom’s experiments were seriously flawed.  Later experimentation on absorption of IR by CO2 and H2O has clearly demonstrated that the saturation theory expressed by Angstrom is not valid. It shows the desperation of the denialists, when they try to promote junk science.

The article mentioned by DA, Xavier Fettweis et al 2008, is interesting reading.  Firstly, it is not based on any measurement of ice loss for much of the period covered because no such measurements were taken. The findings (in particular about the earlier times covered) are therefore mainly theoretical and on its own terms the report makes it clear those findings must be treated with caution:  as it concludes, “However, large uncertainties remain indeed in these estimates due to models/scenarios used as well as parameters and hypotheses made in the algorithm to estimate the GrIS SMB anomaly. That is why further investigations are needed.”

As it is the authors, Fettweis et al, have done more work and the 2008 report has been superseded by the following report: “Reconstructions of the 1900–2015 Greenland ice sheet surface mass balance using the regional climate MAR model,” Xavier Fettweis et al  2016.

This indicates that the loss of ice is rapidly increasing due to a warming Arctic from global warming and associated climate change, and that the SMB level as occurring since 2008 is actually currently lower than as calculated at anytime in the period since 1900 and that if anything the recent positive SMB was the anomaly.

The fact of the matter is that the earth is undergoing warming, with resulting climate change when we should be seeing modest cooling and the most cogent tested theory is that this is driven by human activity, in particular pumping massive amounts of greenhouse gases in to the atmosphere.

The “fact deniers” are the anti-science climate change deniers who in many cases are paid shills of vested interests or “useful idiots”.  They have been unable to come up with a cogent theory that explains the current warming and consequent changes we are seeing. It is they who engage in dirty tactics, typically relying on out of date, cherry picked reports, such as the long discredited work of Angstrom and the 2008 report of Fettweis, superseded by his later work.

The data matches the claims. James Hansen’s assessments of temperature rise 30 years ago are confirmed, and the 97 per cent consensus about climate change on the part of climate change scientists (the real experts) has been confirmed by rigorous study, not unscientific straw polls that any Tom Dick or Harry could sign up to. See the work of Cook and Oreskes, et al.

Do not let anyone you with his emotive pleas to suspend belief with references to out of data science fool you.

Anastasiades ready for tripartite on Cyprus ‘as soon as possible’

Sorry, but you are racist and not a democrat