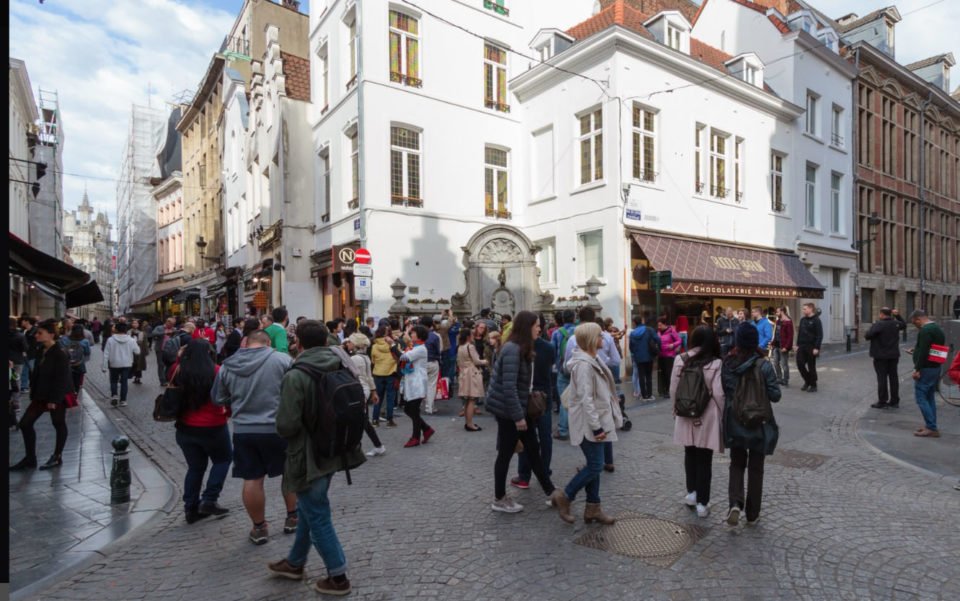 In Brussels, go for a glass of Belgian beer in the area around the statuette of the little peeing boy – known locally as Manneken Pis – and you will hear what political equality sounds like..jpg

There is no common understanding of the meaning of political equality or its content.

Part of the problem lies in the phrase political equality itself as it is less than the sum of its parts.

In ethnically diverse communities where the numerical composition of the population is unequal, there is a tension between the competing principles of majority rule and political equality.

Unfortunately, people do not realise that majority rule does not mean majoritarian domination and that political equality does not imply absolute equality.

Fear of majoritarian domination is the reason why the protection of individual human rights is accepted as necessary in every civilised society that claims to be democratic. The way this is achieved under European human rights law is that a number of rights necessary for the protection of the individual are identified as fundamental and put beyond the reach of the majority to repeal or dilute.

Where owing to historical and religious differences there has been inter-communal strife, however, the problem is not so much the protection of the rights of people as individuals as the need of diverse communities to participate equitably in government – basically to reassure them by the fair distribution of power.

In such cases, equitable participation is what political equality is all about. It does not mean that communities are equalised; rather, that political power is fairly distributed between them in accordance with principles that are well known in the EU.

Political equality is practised with gusto there, where it is regarded as an integral part of the architecture that brought diverse states together under one supranational umbrella.

Europe was broken after World War II yet rose from the ashes and became the civilised continent it is today.

The EU has its problems, but they are nothing compared to those obtaining in Europe in the 1930s right through to the end of war in 1945.

The EU’s founding fathers formed an association of states that bound themselves economically and politically in such a way as to prevent a repeat of the two wars that blighted the continent last century.

The overarching aim of the EU is peace through economic and political integration, away from the national antagonisms that had prevailed in Europe on and off since the Peace of Westphalia in 1648.

After World War II France, Germany, Italy and the Benelux had had enough of senseless wars on their territory and the nationalism and delusions of racial superiority that caused them.

These countries were not equal in population, wealth and power but they matured politically by the experience of war on their territory. So they put away nationalism and racism and formed an association of states that accorded political equality to all for the good of all.

It was a bold experiment that worked and proved so successful it grew from the original six states of the European Community to the 28 member states that comprise the EU today.

As and when they abandoned fascism and totalitarianism European states from Iberia, the Mediterranean, the Balkans and East Europe were welcomed into the club as equals even though most were not really equal.

This was made possible by a political culture that favoured the creation of an institutional framework with political equality at its heart. It did not involve the surrender of sovereignty but a pooling of political power equitably. Surrender implies defeat, whereas pooling power is the triumph of common sense over the wars of the past.

So, how does the EU practice political equality? Under the treaties of the EU the overall direction of the union is in the hands of the European Council of heads of state or government and a council of ministers. Political equality is achieved by consensus in decision-making that engages the vital interests of member states and qualified majority voting in ordinary decision-making.

The distribution of portfolios in the European Commission – the union’s civil service – is not based on the power and wealth of member states but on political equality, and the civil servants who work there reflect this.

If you are ever in Brussels, the EU’s unofficial capital, go for a glass of Belgian beer in the area around the statuette of the little peeing boy – known locally as Manneken Pis – and you will hear what political equality sounds like. The last time I was there it was as if I were visiting the tower of Babel instead of the peeing infant.

The appointment of judges in the court of justice of the EU is also done in accordance with the principle of political equality. This is a lot more important than it seems for the Court of Justice is a political court – it makes laws by stealth in furtherance of political union.

Owing to the relative differences in size of population and the principle of proportional representation, political equality is less obvious in the European Parliament but in practice, its powers are more circumspect relative to the EU’s other institutions.

The rationale behind political equality is that it is fundamental to the principle of government by consent that is often both cosmetic as well as pragmatic. It is the other side of the democracy coin – the other one being majority rule.

Like Europe, Cyprus was broken by war in 1974 and a common understanding of majority rule and political equality is required if she is going to rise Phoenix-like from the ashes of war.

This idiotic vicious circle has been going on since 1960 when all that needs to be done to make it virtuous is for people to clear their heads of clutter, think European and instruct their political leaders to grow up and do the same.

What can be done about noisy neighbours?

Tales from the Coffeeshop: Last chance to take the taxpayer’s money