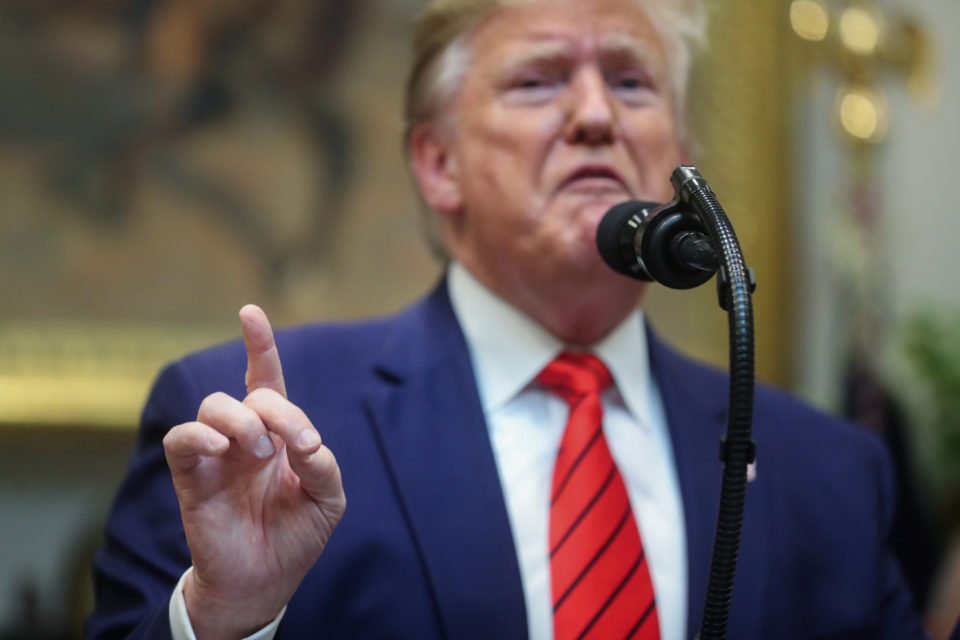 On Monday, having effectively and unexpectedly given the green light to a Turkish military incursion against America’s sometime Syrian Kurdish allies, US President Donald Trump took to Twitter once again. If Turkey took any action that he in his “great and unmatched wisdom”, considered to be off-limits, he would “totally destroy and obliterate” its economy.

Even by Trump’s standards, his approach to Turkey and Syria has been a roller coaster. What would normally be heavily discussed and planned policy decisions have increasingly simply been blasted out on Twitter, to the clear alarm of America’s allies. According to reports, some decisions have even come as surprises to America’s own military, which finds itself racing to catch up with a president who appears to take pride in unpredictable decisions and disdains a thought-through strategy.

Where earlier in his presidency Trump was still sometimes constrained by those around him – particularly the trio of senior former and serving generals who held key roles – he now seems to be acting on his own. His senior officials, it seems, most often simply do what they can to catch up. That includes correcting themselves or deleting awkward statements when events catch them out. Defence Secretary Mark Esper erased a tweet in which he said the Pentagon did not endorse a Turkish operation in Syria after Trump appeared to say the opposite.

Given Trump’s varied and contradictory statements, it is likely none of the key players – Turkish President Tayyip Erdogan, America’s now abandoned Kurdish allies from the Syrian Democratic Forces, other Middle Eastern and European states, and anyone else – really know where he stands. But that may be the intent. What the president did make clear in an earlier Twitter storm, however, was that he felt America should not really care. It was 7,000 miles away, and he had been elected to end these “ridiculous, endless foreign wars”.

That’s a message that may well resonate ahead of next year’s US presidential election. By early evening, the president was himself retweeting others saying he was doing the right thing by keeping the United States out of a messy Turkish-Kurdish war.

What is equally clear, however, is that Trump’s actions – both in this case and elsewhere – increasingly run contrary to the advice and instincts of an entire generation of US foreign policy and national security thinkers. Indeed, the cornerstone of America’s approach to the world since 1945 has been standing by its allies, even though sometimes imperfectly. Trump’s “America first” approach explicitly views them as expendable.

Evidence suggests the US president views his most senior advisers and officials in much the same way. In the Atlantic this month, “Black Hawk Down” author Mark Bowden recounts mostly anonymous interviews with senior US military figures who have worked with Trump. Sometimes with wry amusement, sometimes with outright horror, they describe a president who disdains expertise, trusts only his own instincts and was “reflexively contrary”.

That was explosive enough in the first half of his presidency, when he chafed against the advice of top officials such as former Marines White House Chief of Staff John Kelly and Defence Secretary James Mattis. When National Security Advisor Lieutenant General HR McMaster delivered a multipage global strategy based on Trump’s “America First” rhetoric, the president was effusive. But no one believes he read it. Now, he seemingly feels the need for advice less than ever.

For Trump, all diplomatic relationships are unambiguously transactional – and he sees no problem in including his own domestic and political priorities in those deals. That has alarmed officials and opened the door to impeachment proceedings after he apparently pushed Ukraine to investigate potential Democratic challenger Joe Biden and his family. But Trump knows he can almost certainly beat such proceedings given the Republican majority in the Senate, and there are no signs he cares what anybody else thinks.

Chinese officials were reportedly alarmed last week when Trump publicly suggested that Beijing should also investigate the Bidens. But the most revealing detail in Trump’s dealings with President Xi Jinping comes from a reported telephone call, in which the US president clearly implied he would remain quiet about protests in Hong Kong provided progress was made towards a trade deal.

Those who want to influence Trump are always looking for ways to curry favour, from buying advertising on the Fox News shows he watches to doing business with his family firms. A House of Representatives committee is investigating allegations that a trade group and a foreign government have made large bookings in his hotel and then not used them, something one Democratic congressman described as “near raw bribery”.

In the gangland parlance, Trump is not the kind of man who “stays bought”, or who listens to anyone but himself. It’s an approach that has made him the most powerful man on earth, and he believes it will win him a second term.

He could be right. Either way, expect his time in office to get more unpredictable.

The Rise of the Brefugees