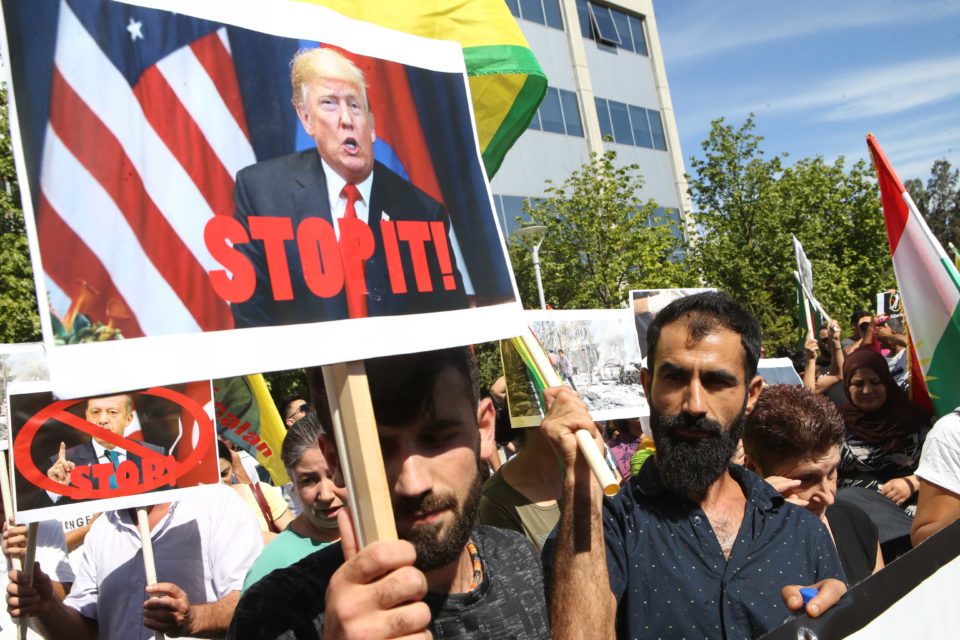 A demonstration in support of the Kurdish people will be held at Ledra Palace checkpoint on Tuesday at 7pm, the Kurdish cultural centre ‘Theofilos’ said in an announcement on Monday.

The Democratic Union Party (PYD) and the Kurdish Cultural Centre will take part in the demonstration being held to protest Turkey’s invasion of northern Syria.

“Turkey is invading Syria’s territory, which was freed by the Syrian Democratic Forces,” the cultural centre said in their announcement.

They added there were harsh crimes enacted against unarmed people, which the Syrian Democratic Forces reacted to, in order to protect Syria’s sovereignty.

“However, Turkey is continuing its attack,” the centre said.