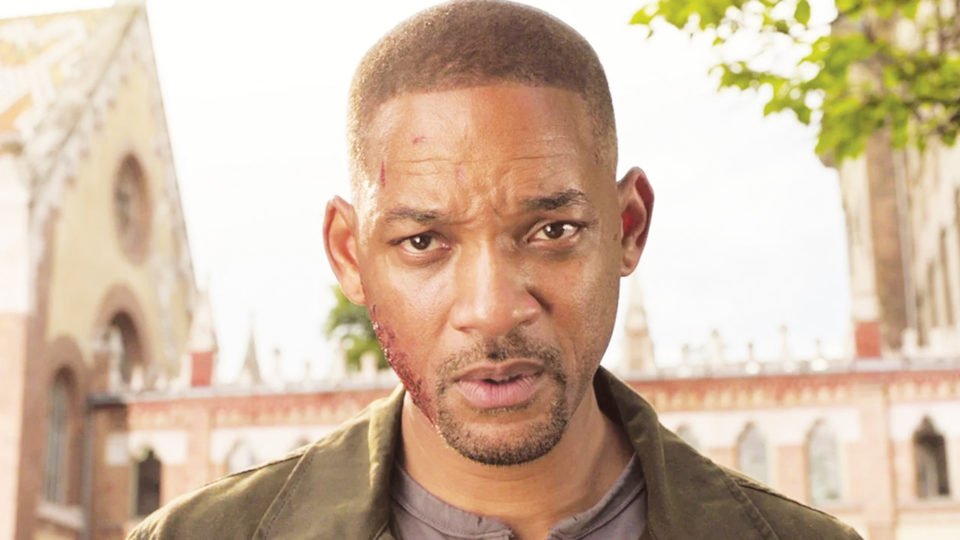 In Gemini Man Will Smith plays two lead roles, but a loopy plot results in a plastic and inexpressive doppelganger

In an age of garish excess when cinema audiences demand more entertainment for their money, two Will Smiths in Ang Lee’s turbo-charged action thriller must surely be better than one?

The result is a curiously plastic and inexpressive doppelganger, who is ordered to put a bullet through the head of his older self in bone-crunching fight sequences but must also bear the bulk of the film’s emotional weight.

It’s hard to forge a strong connection to an age-reversed facsimile when tears in his eyes are clearly the product of computer coding and the texture and pliability of skin looks synthetic, especially when the character appears clearly in daylight.

Three scriptwriters insist on underpinning the loopy plot with a cursory discussion about the ethics of manipulating the human genome to fashion a race of “perfect” beings.

We feel every second of the 117-minute running time, which sags noticeably in the middle act before a thunderous final showdown that reduces one sleepy corner of the state of Georgia to smouldering rubble.

Our hopes for a revival of Smith’s career lie motionless in the debris.

He plays former marine turned sniper Henry Brogan, who is contracted by the Defense Intelligence Agency (DIA) to carry out hits on foreign targets that pose a threat to the American people.

When the dust settles, old buddy Jack Willis (Douglas Hodge) invites Henry to his yacht to deliver a bombshell: the intelligence on Kovaks was bogus and he didn’t deserve to die.

Before Henry can confirm suspicions of DIA interference, he is targeted by a covert military unit called Gemini run by Clayton Varris (Clive Owen).

The assassin is Henry’s younger self, who can anticipate his every move.

Gemini Man stretches a flimsy, linear plot over two hours, plodding between explosive set-pieces including a motorcycle chase that is one of the few moments in the film to take advantage of the 3D format.

Smith sheds his trademark wisecracks and most of the charm in a thankless lead role.

“It’s like watching the Hindenburg crash into the Titanic,” Varris snarls following one botched attempt to assassinate Henry.

Lee’s film isn’t quite that calamitous but it is a fire-scorched mess.

Highly unlikely that US will impose economic sanctions on Turkey