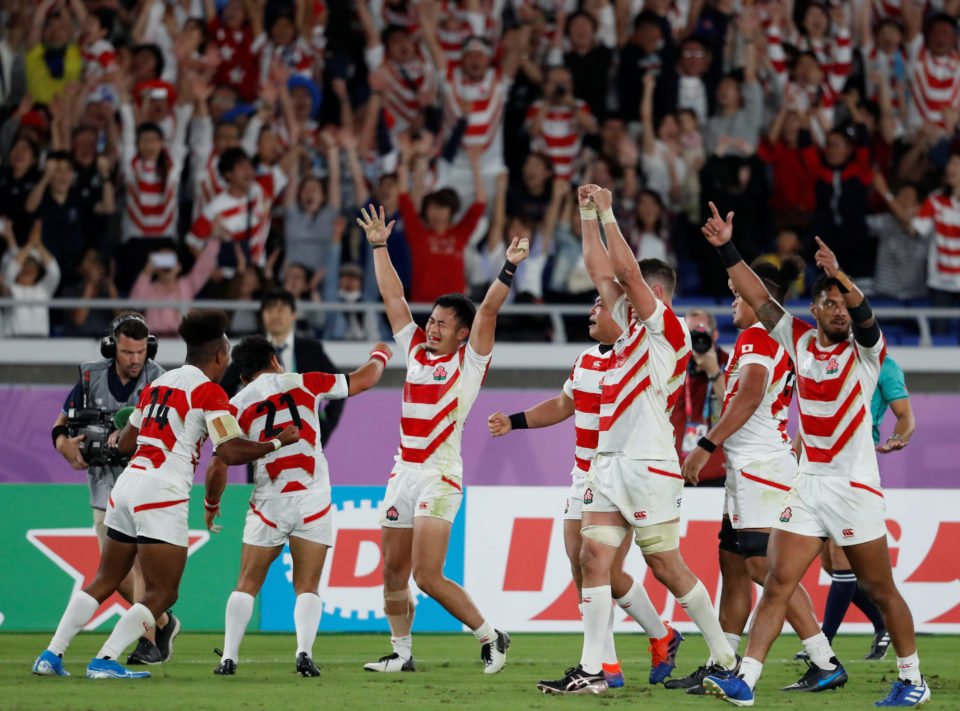 Japan captain Michael Leitch said on Monday the potential for his side to grow is “scary” and that while the Rugby World Cup knockout stage will be a step into the unknown for the players they have the mental strength to deal with the pressure.

Japan reached the World Cup quarter-finals for the first time on Sunday after a scintillating display of attacking rugby secured a 28-21 win over Scotland, making the Brave Blossoms just the fourth tier-two nation to achieve the feat after Samoa, Fiji and Canada.

“Looking back, even since 2011, this team has grown so much and it is scary to think about how far this team could actually grow,” said Leitch, who added that he had not been able to sleep all night after the win over the Scots.

“The last four games, we are getting better each time, and the confidence is growing.”

After captaining the side in the opener against Russia Leitch was dropped to the bench for their shock win over Ireland, and coach Jamie Joseph has made several other bold decisions during the tournament, all of which have paid off.

As well as maintaining their quick, dynamic brand of rugby throughout, Japan have also been meticulous in their planning, having a different set of tactics for each of their four pool matches.

The results are plan to see – Japan finished top of Pool A with four wins from four.

Leitch said a large part of that was down to Joseph and the leadership team he has assembled, which includes himself, flanker Pieter Labuschagne and flyhalf Yu Tamura.

“For the Russian match, then against the Irish, he chose the best team. I returned to the bench and (he) changed the match captain to Labuschagne,” said Leitch, who made his Japan debut in 2008

“The leadership group, Jamie and the coaching staff have put an importance on the word ‘alignment’ and the consistency of that message is important.”

The results have been consistent too, with Japan winning seven of their last eight matches.

However, that one loss came against quarter-final opponents South Africa, a 41-7 drubbing in their final World Cup warm-up match last month.

South Africa will need no additional motivation to hand out another thrashing to Japan, who delivered the biggest shock in rugby history when they defeated the Springboks at the 2015 World Cup.

Leitch said he would reach out to some of his former club team mates, including 2011 World Cup winning All Blacks Cory Jane and Stephen Donald, for their advice on how to deal with the knockout stages.

“I would like to have a word with them in terms of how they have done and dealt with being in knockout matches,” said Leitch.

“Honestly, our mentality will be important, but since Japan is hosting the tournament, I have a strong feeling that we will want to show a good game to the Japanese again.

“The players are happy because they have got that chance again now.”