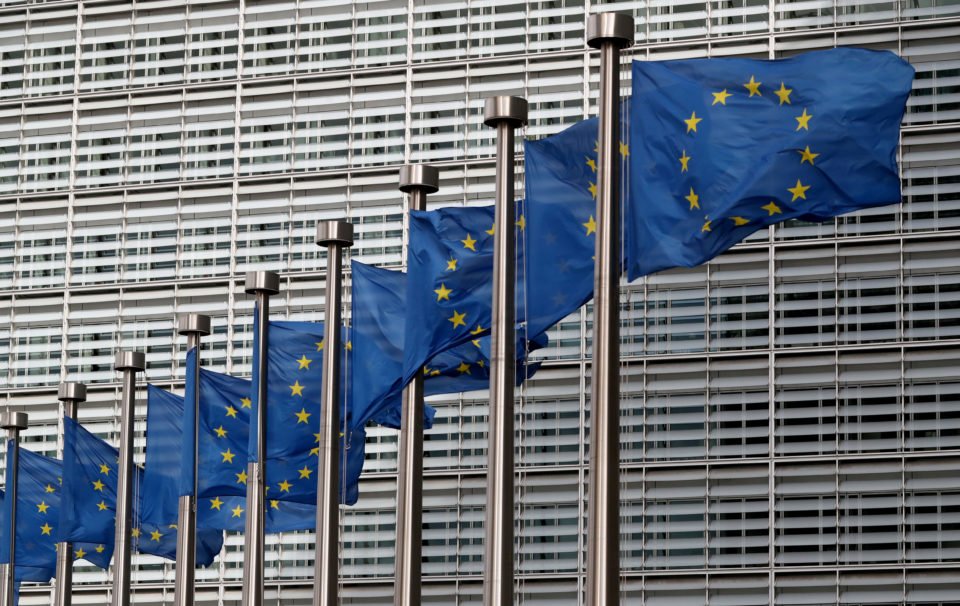 Commission seeks to link 'rule of law' with EU funding

LATEST: Michel Barnier told the 27 member states staying in the bloc after Brexit that the latest UK proposals were not yet good enough and that a legal text also needs to be agreed by the end of the day

The European Union’s chief Brexit negotiator said on Tuesday that reaching a deal on Britain’s departure from the bloc before the scheduled date of Oct. 31 had become “more and more difficult”, and Finland’s EU minister said leaders would discuss another delay.

Barnier added, however, that a deal was still possible this week.

But EU ministers expressed more scepticism as they gathered in Luxembourg for the last preparatory meeting before a summit of national leaders in Brussels on Thursday and Friday.

The main sticking point is customs and security arrangements for the border between EU member Ireland and the British province of Northern Ireland – the only land frontier between the EU and the United Kingdom after Brexit.

“Even if an agreement has been difficult, more and more difficult, it’s still possible this week,” Barnier told

reporters on arriving in Luxembourg.

“Reaching an agreement is still possible. Obviously, any agreement must work for all. The whole of the UK and the whole of the EU. Let me add also that it is high time to turn good intentions in a legal text.”

Finland’s EU affairs minister, Tytti Tuppurainen, said the EU must prepare for a no-deal and another extension of the tortuous divorce process.

“All scenarios are open,” she said, adding that leaders at the summit would discuss pushing back the departure date beyond Oct. 31.

British Prime Minister Boris Johnson, a leading figure in the 2016 referendum in which Britons opted to leave the EU, has pledged to take the United Kingdom out of the bloc on that day whether or not a withdrawal agreement has been reached.

But the British parliamemt has passed a law saying the country cannot leave without an agreement, and Johnson has not explained how he can get around that.

Malta’s EU minister, asked if he would bet on there being a Brexit deal this month, said: “I would not.”

German EU minister Michael Roth echoed that sentiment, saying he not “quite sure if a deal is close”.

“Nobody wants a hard, disorderly Brexit but that’s what we’re heading for. There are still a few short days to reach a solution that’s sensible for all concerned,” he told reporters.

“The EU’s conditions are very, very modest. The single market cannot be infringed and we want continued peace in Ireland and Northern Ireland.”

Stef Blok, the Netherlands’ foreign minister, said Britain’s proposals were still “not enough to guarantee that the internal market will be protected”.

“Let’s the use the remaining time,” Blok said.

As they met, British Brexit negotiator David Frost was starting another round of negotiations with the EU’s executive European Commission in Brussels on Tuesday. Britain was due to make new proposals in an attempt to break the Brexit deadlock, RTE said.

A British government source said separately that new texts have been shared repeatedly with Brussels during talks.

The main sticking point is around customs, with London proposing that Northern Ireland stays in the UK customs area but that EU tariffs are applied on all goods crossing from mainland Britain to the island.

Businesses would be eligible for a refund if it turns out their goods stay in Northern Ireland under the plan, which the EU has many doubts about, saying the system is too complicated, untested and not detailed enough at this stage.

The EU believes the only possible deal to be had at the summit is a return to a solution – already rejected by Britain previously – of keeping Northern Ireland in the bloc’s customs union.

It would require a major shift from London and Johnson will face his factious parliament at a rare Saturday session after the summit.

Deal or no deal, the EU believes another delay to Britain’s Oct. 31 departure date will be needed. Extension options range from as short as an extra month to half a year or longer. The other EU states would need to agree unanimously to grant it.

“Time alone is not a solution. However, if a significant political change takes place in the UK then that could potentially justify a discussion on an extension if we were asked for it,” France’s Amelie de Montchalin said.

“A significant political change is the prospect of an election, a referendum, something that changes the political dynamic so that the triangle between the government, parliament and the British people could align with each other a bit more.”

Should no final resolutions come at the summit later this week, the EU is mulling an extraordinary one in late October to approve any deal or a delay, or give marching orders for a damaging no-deal split.