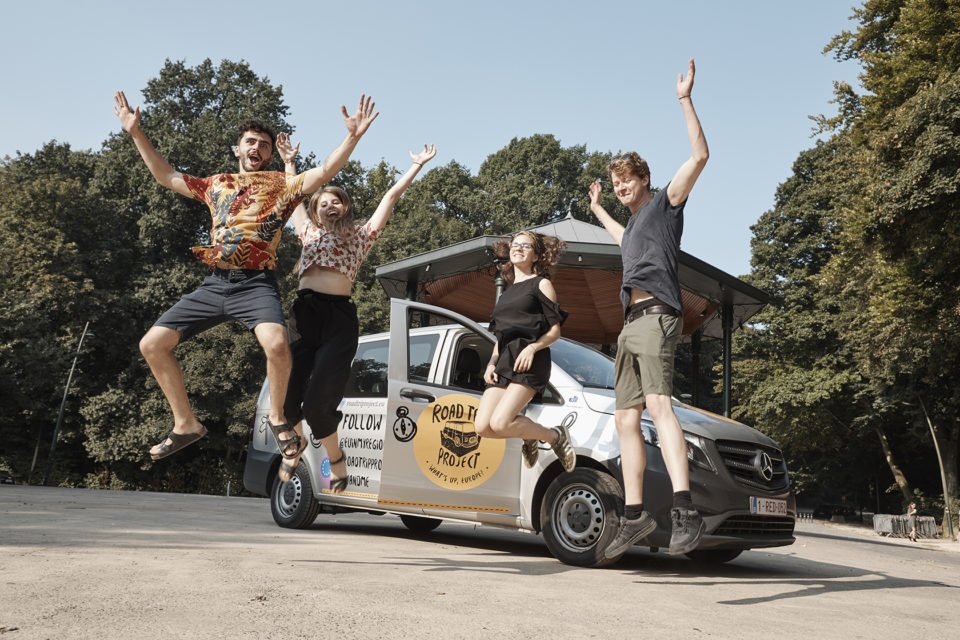 An EU project saw eight millennials, including one Cypriot, cross the length and breadth of Europe to appreciate and spread the word on its finer points. ALIX NORMAN meets one of them

It began in Dublin on August 29. And it finished in Nicosia on September 29. This is The Road Trip Project, an initiative of the EU’s Regional and Urban Policy department of the European Commission, and it’s quite possibly the ultimate millennial escapade. “Above all, this is a human adventure,” organisers claim. “Young travellers hop on a van for a journey across Europe, meeting locals and exploring a variety of EU-supported projects and activities.”

Let me sign up, we hear you cry! A free one-month vacation of the continents lesser-known delights? We’re in. Well, sadly, you’ll have to wait for the next iteration; and if you’re over the age of 30, don’t even try. Because The Road Trip Project has been, from its inception, a young person’s game.

The first took place in 2018, and saw four pairs of young travellers (selected from over 2,000 applicants) traversing the highroads and byways of Europe – 12,000km in total – and showcasing EU projects to the continent’s youth. Taking in 24 countries, the original eight followed four different routes: the Mediterranean (the route of the roots), the Atlantic (the route of great explorers), the Danube (the route of great nature and shared resources), and the Baltic Route (a route through time and space).

This year, the idea was repeated, but with two teams of four members. The first group – Team TravelBugs – journeyed from Finland to the Canary Islands on a mission to meet “those who have an impact on their local communities”. But it’s Team Calma – the second group – whom we’ve been following: Panos, Olga, Wijnand and Selina, who have taken “their creative passion from Dublin to Nicosia in a quest to discover the many different sides of one continent; sharing their experiences through videos, photos and blog posts on this hub and on social media platforms, exchanging tips on the road and triggering a Europe-wide conversation.”

Rushing the stage at Electric Picnic Festival in County Laois, picking fruit by bike in Leipzig, getting trapped in the rock labyrinth at Blende Skał, and travelling by steam train in Mocanita – just a few of the experiences that these lucky young things enjoyed.

Each team consists of presenter, copywriter, video maker, and photographer. And in Team Calma, Panos Polemitis – born and based in Limassol – was the man on cam: reporting live from dozens of Europe’s lesser-known locations, including Romania’s Baia Mare Planetarium, a primary school in Slovakia’s Spissky Hrhov, and the silver city of Kutna Hora in the Czech Republic.

A 23-year-old vlogger from Cyprus who’s travelled with his camera through Asia and sees himself as connecting the world through friendship, Panos claims to “always look on the bright side of life”. A talent which came in useful on more than one occasion during the journey, what with challenging projects. And missing bears… 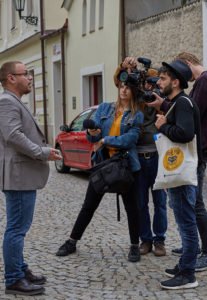 “In each of the places we visit, we completed a project as a team,” Panos explains, “reporting on EU-funded undertakings. In Ireland we visited the Electric Picnic Festival, and produced a video on recycling and sustainability in festivals. In Leipzig we biked around town collecting fruit from orchards posting on how this became a jam sold to eco shops. And in Zbrze, Poland, we visited a former coal mine and discovered what life was like for the miners of the past, and how things have now changed for the better. And then there was a park in Romania – I forget the name – which was famous for its bears. We had an entire day set up in a nature park, a reservation for wild animals. Everything was planned, everything was ready; we were very excited. But the bears never showed up!”

Their attempts foiled, Team Calma set off once more. “And then, in the forests 400 kilometres to the south, just walking along the side of the road, was a massive brown bear. We couldn’t believe our luck!” Panos exclaims. “Of course nobody got out of the van,” he adds with touching sincerity. “Bears are dangerous. But we immediately started filming and taking photos – as excited as five-year-olds. Eventually, it disappeared into the woods. But we’d done it – we’d seen a bear and got our shot!”

With roughly 20 Projects – all on themes and places set by the EU coordinators – completed over the space of a month, another challenge was “creating content,” says Panos. “The travel itself was tiring and we had to work hard; I slept in the van quite a bit. There’s definitely a difference between southern and northern European mindset,” he admits. “There’s a cultural difference there, especially with regards to timekeeping – most of the arguments were about me being late. Or my driving skills,” he laughs. “It’s hard to be with the same people for 30 days – the same faces every day; it can be a challenge to stay positive. But we knew, one way or another, we’d manage to stay calm – hence the name of our team. And the opportunity to work with like-minded people on the trip of a lifetime was incredible: we danced, we laughed, we shared our ups and downs – but we managed to stay calm and ended up really good friends.”

And the language barrier simply didn’t exist, he adds. Panos speaks Greek, English and Romanian; his team-mates adding Polish, German, and Dutch to the mix. Toss in the team’s accompanying behind-the-scenes cameraman and their general fixer (who arranged money, food, accommodation, and logistics), who travelled along with them, and “we just had to think about how to approach our Projects,” Panos acknowledges.

Ending their travels in Nicosia, with a short vlog on the new University of Nicosia library, the four millennials will once more scatter to the four corners of Europe. “I’ve learnt a great deal about myself and others on the journey,” Panos concludes. “It’s helped me think more about compromise and discipline. And The Road Trip Project has been, for all of us I think, the trip of a lifetime!”

For more information on The Road Trip Project, visit https://roadtriproject.eu