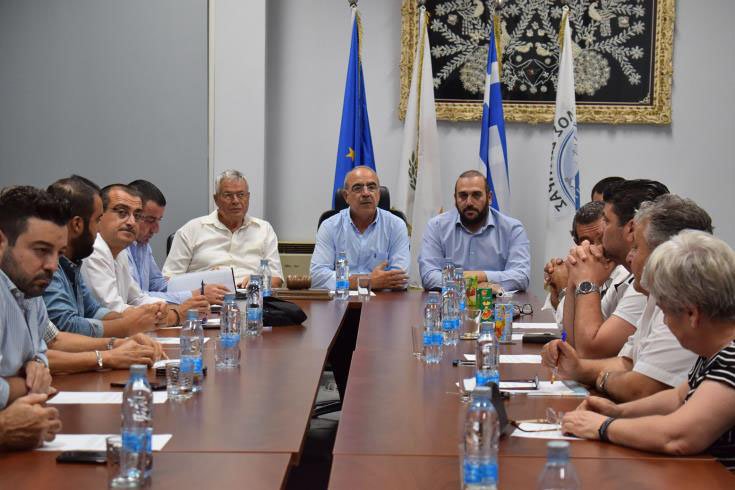 The meeting of the three councils (CNA)

The local councils of Ayia Napa, Liopetri and Sotira met on Monday night to discuss their merger under local government reform, rubbing-stamping the move and saying it would create the largest ‘tourism municipality’ in Cyprus.

In a joint news release, they said the move had been approved by a unanimous decision of the three councils “in the context of local government reform”.

“The unification of Ayia Napa, Sotira and Liopetri will create the largest tourist municipality in Cyprus with an active population exceeding 50,000,” the announcement said.

“At the same time, it will combine all the benefits and advantages of Ayia Napa tourism with the benefits of the inland areas of Sotira and Liopetri as well as the common seafront that will be created with equitable tourism, economic, social and cultural development,” it added.

The common coastal front stretching 27-km, would, they said have “excellent growth prospects with the core being the new Ayia Napa marina”.

“By bringing the three together, they will create a municipality in which citizens will enjoy a better standard of living on the one hand and visitors will benefit from a multitude of services, experiences, landmarks and special tourism interests while businesses will prosper. ”

Following the joint meeting Ayia Napa’s mayor, Yiannis Karousos, who had opposed his municipality being merged with nearby Paralimni, said he was satisfied with the decision taken to unite the three local authorities.

“The meeting was aimed at preparing the next steps to be taken, the content of the letters to be sent to the President of the Republic, the minister of finance and the parliamentary parties and the analysis of the criteria that led the three councils to arrive at common unanimous decisions to unite,” he added.

“These criteria are technocratic, economical, geographical and socio-economic with the aim of“ creating the largest tourist municipality in Cyprus which on the one hand will enjoy the benefits of Ayia Napa tourism and on the other the benefits inland of Sotira and Liopetri.”

The reform of local government aims to cut the number of municipalities in half, from 30 to 15, and granting broader powers and more funds granted to local authorities, taking away from the central government.