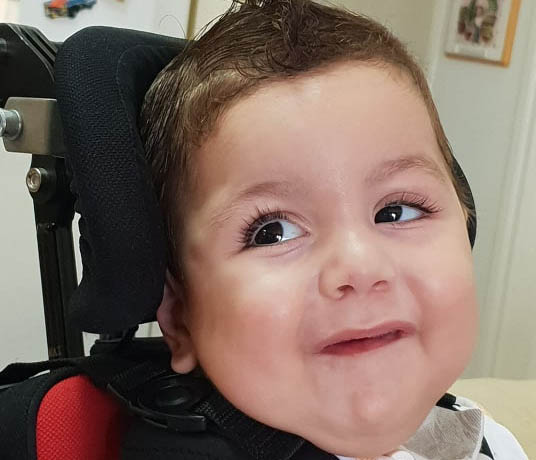 The treatment of two-year-old Antonis Andreou who is suffering from a rare form of muscular atrophy is going well and he is expected to return to Cyprus at the beginning of December, Health Minister Constantinos Ioannou said on Tuesday.

The minister urged the Greek government after a cabinet meeting do the same for another boy from Greece suffering from the same disease, Spinal Muscular Atrophy type 1, and whose family is now in a race to collect the money for the same therapy after being turned down for state support.

The Cypriot government stepped in last August and paid the around €2.6m necessary for Antonis’ treatment at Boston Children’s Hospital in the US after his parents made public pleas for help to collect that amount.

Antonis, who was left almost completely paralysed at eight months, underwent gene therapy at the end of September.

“He is doing well, and is improving,” Ioannou said, adding that the treatment will take about two months and Antonis and his parents are expected to return by the end of November, early December the latest.

He added that he briefed cabinet that the total cost for his treatment was around €2.6m which has been prepaid to the American hospital.

“The important thing is that the health of the child is going well, and we expect and hope that the government of Greece will do the same for exactly the same problem facing a young child in Greece,” Ioannou said.

The parents of the Greek boy, 18-month-old Panayiotis Rafael, are currently running a fundraiser in Greece and Cyprus to collect the money necessary for the child’s treatment at the same hospital after being turned down by the Greek government for monetary support.

They need to raise almost double the amount of Antonis’ treatment as this was negotiated by the Cypriot government which managed to secure a better price.

Rafael’s parents have so far managed to raise around €1.4m with the help of MDA Hellas, a charity for people with neuromuscular disorders. According to MDA Hellas, SMA type 1 is the most serious type with life expectancy up to two years if the patient is not treated.

For donations for Panayiotis Rafael’s treatment: