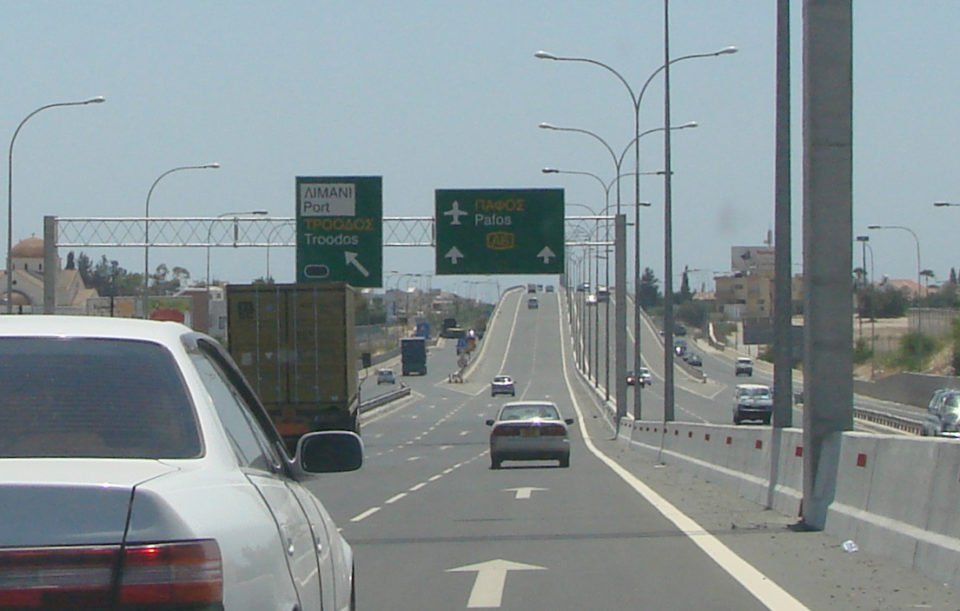 National character sure shows in motorways, cars and driving habits? What could be more Teutonic than a Merc on the Autobahn? Or more French than the pert way the springs of the Citroen tilt its ladylike little rump provocatively upwards at every bump?

Americans have ten-lane turnpikes. There, during the rush hour, 7am to 11pm, millions of gum-chewers cut each other to pieces in order to get home before Cocktail Hour, which lasts from 6pm to 10pm. Their cars are as long and as low as a wolf-whistle. Anything less than three litres and it’s a moped, and all are over-equipped with useless gimmicks like intermittent di-phasic equaliser dynoshafts. The dashboard resembles the control room of the old Battersea power station, and when the car brakes the entire stern lights up like a Christmas tree.

Italian cars have noise. The Italian driver has a hairy back and an off-white vest. His car is very small so he steers by resting his paunch on the wheel while he smokes, gesticulates wildly and curses other drivers. He also grins at girls, swerves nonchalantly in and out of lane, swigs Chianti and keeps one hand on the horn.

Every German car has one fat, blond hausfrau in it, probably issued with the car. She seldom drives but at the slightest hold-up she produces pumpernickel, bottles of beer, cream cakes and endless lengths of sausages. The Mercedes embodies the same militarism that sired the Afrika Korps. The Germans drive efficiently like fleets of fast tanks with much light flashing, heel clicking, pushing in, and little imagination. Acting on Fuhrer-Prinzip if one takes a wrong turn the next three follow without question.

Spanish and Portuguese are very latino on the road. The simplest act like filling up with gas or driving on or off an injured pedestrian needs the maximum talk, fuss and excitement. The jack-booted Spanish cops are all leather, pistols, badges, dark glasses and droopy, Zapata moustaches and spend their days lounging on their Harley-Davidsons, idly noshing chunks of cold mantilla.

French cars have contours like thighs, bottoms and bosoms, also downy, feather-bed suspension. There are flowers in the window, a sorely overworked crucifix hanging from the rear-view mirror and vital curtains all round. Beneath the back seat is a recess meant for superfluous tools but now accommodating two bottles of Chateaubriand, lengths of phallic shaped bread, cans of grenouilles and several assorted sang-froids. In this four-wheeled goosing hutch the Frenchman hurtles from one tyre-howling crisis to the next.

Arabs are confused and bemused. They are really still on mechanical camels and place exceptionally touching faith in the will of their almighty.

Russians and their cars are dark, heavy and seem unhappy in the daylight. Ivan expects a KGB ‘Still watching you.’ bug to be built in to his car, as it probably is.

Japanese cars work well and are cheap – yet are a shade unimaginative for the nation of the geisha and such culinary achievements as bird’s nests, rat’s tails and fowl’s bowels.

And then there are the British, the dear old economy class, make-do, muddle through, stiff-upper-lip, penny-pinching Brits, who apologise more than any other people in the world.

Their cars are usually old and dreadfully dirty inside and out. So are the drivers, ‘Portimao to Dover, three days, and we haven’t had a wash all the way.’ And they’re bragging!

The Brits do have motorways, mostly the overcrowded too-little-too-late type, with big cafés stuffed with foreign staff. They also have garages with loos and a place to wash your hands as long as you don’t mind breaking in.

All these national characteristics were epitomised in the publicity blurb of a certain new car. The English version read, ‘This car is economical to run. Regularly serviced it will give years of value-for-money performance.’

The German equivalent was ‘Your vehicle has been manufactured from the finest materials and to the highest standards of engineering. Look after it!’ For American digestion was ‘With turbo-jet drive and Variochrome colour range this is power-bulge, fast lane motoring!’

But the French stole the show with ‘She is young and unspoiled. Train her with care and she will serve you all her life.’

And don’t that tell all?

Remand for suspect in Paphos assault