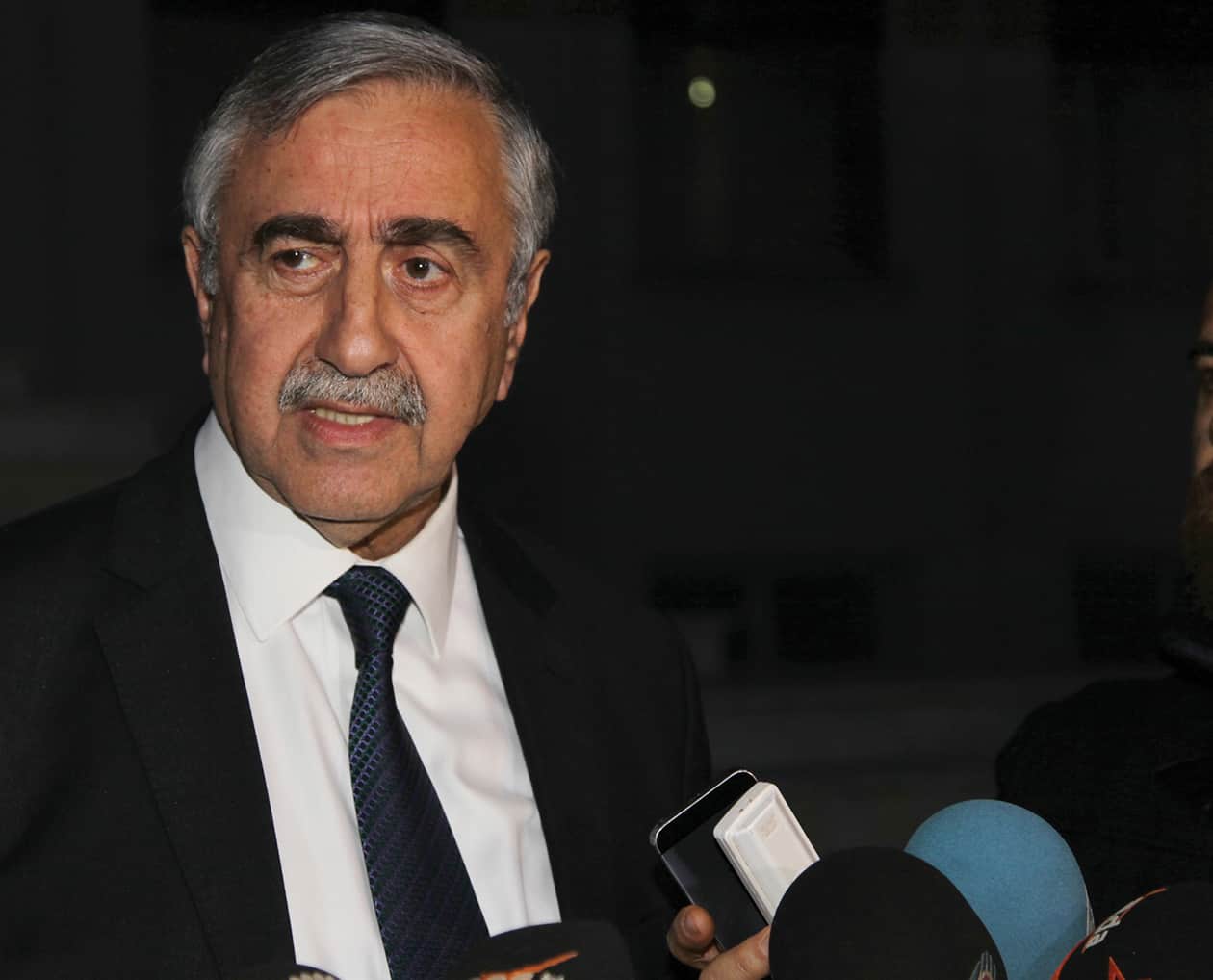 The ‘anti-war’ comments made by Mustafa Akinci about Syria have not only sparked the fury of Turkey’s president but have bitterly divided political parties in the north, causing an actual ruckus in the Turkish Cypriot ‘parliament’, and prompting violent death threats against the Turkish Cypriot leader.

Turkish Cypriot media reports on Wednesday were filled with details of the showdown in ‘parliament’ on Tuesday evening when the ruling National Unity Party (UBP) of ‘prime minister’ Ersin Tatar tried to slip through a ‘joint statement’ condemning Akinci without all of the political parties signing on to it.

Akinci, who was slammed by Turkish President Tayyip Erdogan on Sunday for his comments, had drawn a comparison with Cyprus, essentially saying war was war and in every instance involved bloodshed, though he defended the rights of Turkey to protect itself from terrorism. He said negotiations between Turkey and Syria to resolve issues with the Kurds was the way forward.

Still angry, according on Yeni Duzen newspaper on Wednesday, Erdogan snapped at French President Emmanuel Macron when they spoke on the phone on about Syria.

“’How do you evaluate the statement of the TRNC president over the operation?’, Macron reportedly asked, according to the paper. Erdogan replied: ‘Since when do you recognise the TRNC?”

Turkish authorities on Wednesday arrested 24 people for spreading “black propaganda” on social media about Ankara’s military operation in Syria, the state-run Anadolu news agency said. It is not known whether this might be extended to the north as it was in the aftermath of the attempted coup against Erdogan in July 2016 when so-called supporters of exiled cleric Fetullah Gulen were arrested.

Havadis newspaper on Wednesday reported under the title “Death threats”, said a number of threatening comments were made against Akinci on social media that were not limited to swearing and insults. According to other reports there were already 6,000 such comments posted between Sunday and Tuesday.

Afrika newspaper reported that a former Turkish referee named Ahmet Cakar had posted against Akinci saying: “You ignorant man, I am ashamed that Turkey’s Republic of Northern Cyprus has a president like you. Let the air you breathe, the water you drink be poison”.

Back in the Turkish Cypriot political arena, on Tuesday night, according to media reviews, the ruckus broke out in ‘parliament’ after ‘acting speaker’ Zorlu Tore violated regulations by reading out a document signed only by the National Unity Party (UBP), the People’s Party (HP), Democratic Party (DP) and the Rebirth Party (YDP) as if it was a ‘parliamentary’ declaration.

The DP’s Serdar Denktash said Tore’s reading out the declaration as if there was consensus was a big mistake. He said his party had only signed on to the declaration on the assumption all of the parties would agree on it.

Republican Turkish Party CTP leader Tufan Erhürman asked: “Is this where we have come after talking about unity?” Social Democratic Party (TDP) member Huseyin Angolemli said: “Everyone has now understood that you intend to pursue a lynching campaign.”

Media said on Wednesday that Tores defended his actions even as after opposition party members had walked out as he continued reading the declaration on Tuesday.

Restricting God from schools the root of our problems?