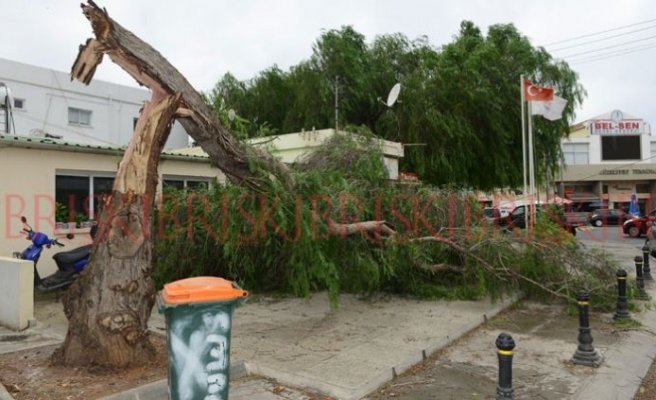 Morphou residents were counting the cost on Wednesday of a brief but ferocious storm the previous day that caused extensive damage to roads and infrastructure.

Despite only lasting ten minutes, the strong gushes of wind at about midday on Tuesday felled branches from tress, damaging several cars.

The wind also sent billboards flying around the area and a number of neighbourhoods were left without electricity for hours.

Aside from Morphou, the nearby villages of Zodia and Nikitas were also severely hit by the storm.

Tiger to tell his ‘definitive story’ in memoir